The Atlantic side of Florida

I choose to swing by St. Augustine beach most of my trips to FL.  This was around noon on Tues, April 23. 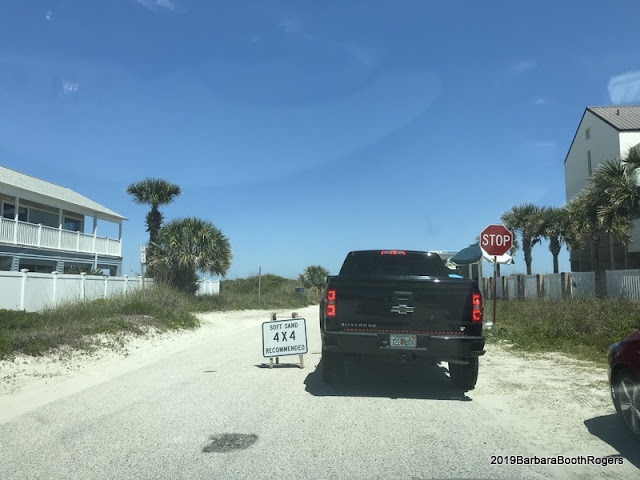 This truck just turned around and left.  I pulled over next to the beach monitor's shack...he had just one place he let people park who weren't going to stay long. 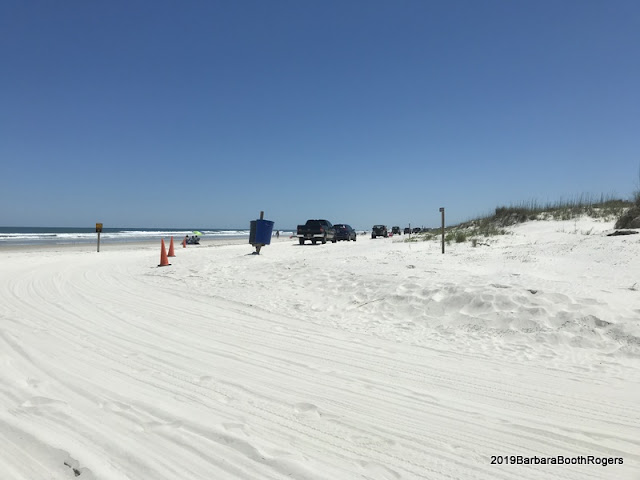 All the beach was powder sand...and these 4 wheel drive vehicles were all pulled into a line.  They would only be able to drive one way, from the left to right, going down to the next road that opened to the beach from highway A1A. 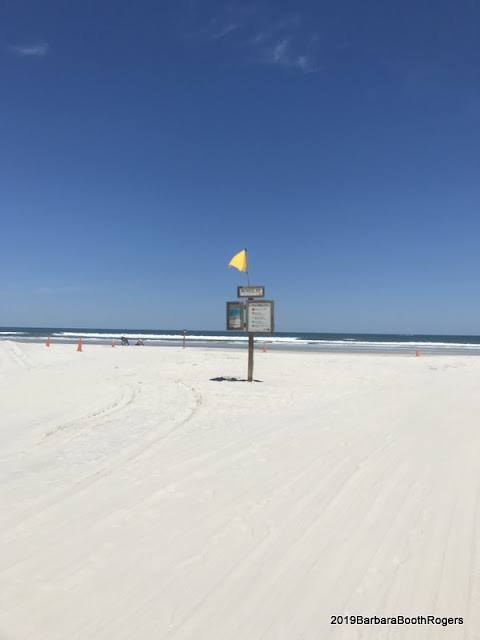 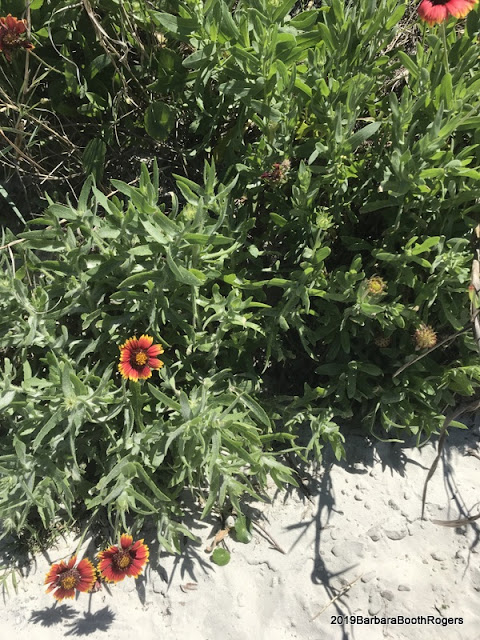 I healed a wound on my foot this time, standing in the washing ocean waters, which were actually warmer than the Gulf water had been on Easter afternoon.  Wonder how that happened.  I didn't get out of my shorts, just my sandals! The wound from starting to wear sandals had been under a bandaid for 2 weeks...but just didn't close up well until that half hour in the Atlantic.  Well, after I washed out the sand actually. 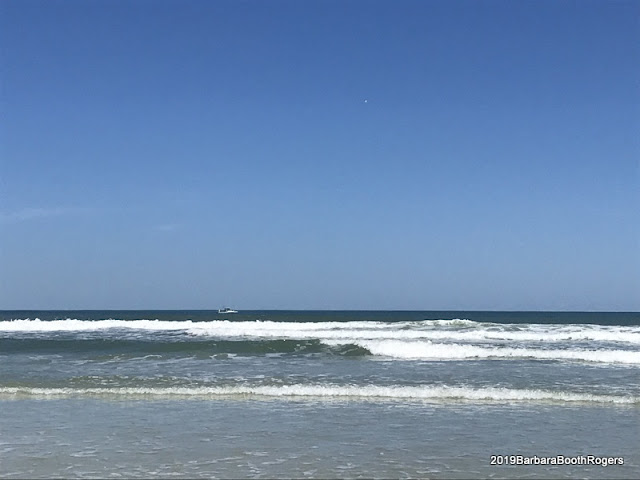 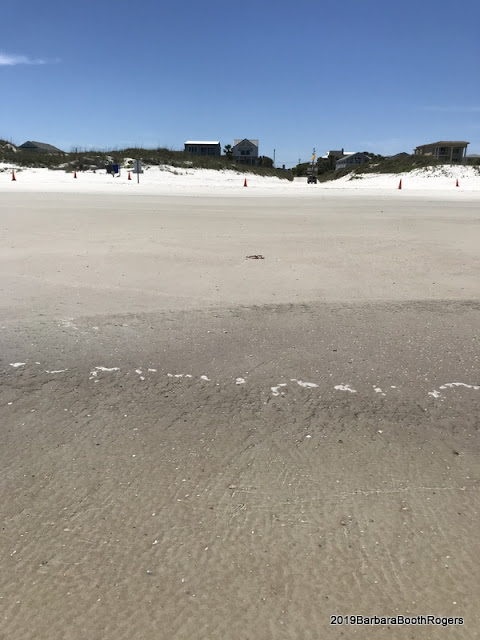 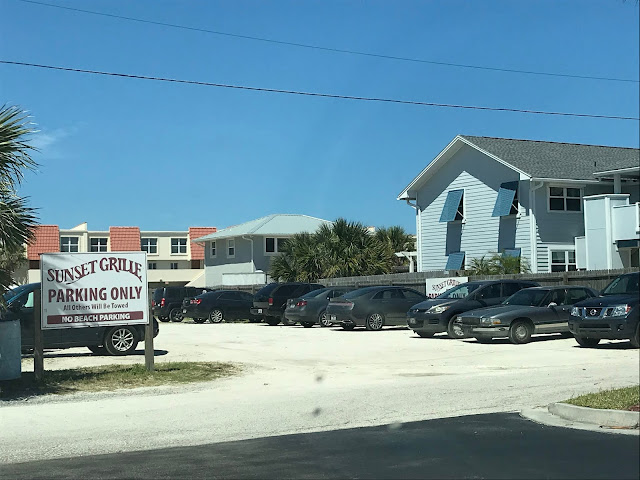 Apartment building on the right was where we lived back before 2000. 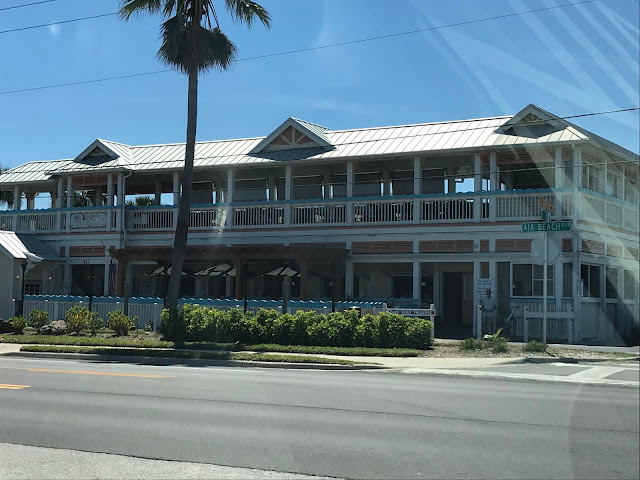 Oh my, the Sunset Grill across the street has a second story now, it seems to be doing well! 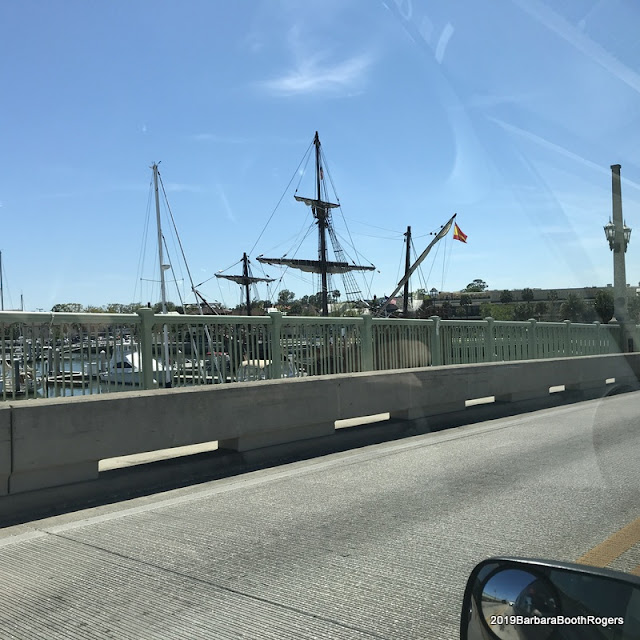 I didn't get a good shot of the old ship that's docked by the Bridge of Lions. 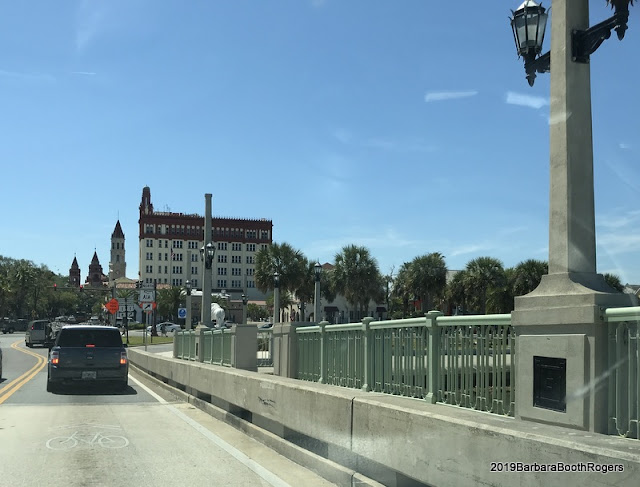 And I didn't get to take a photo of the lions, because I had a green light, you can see his white form at the end of the bridge, just barely. 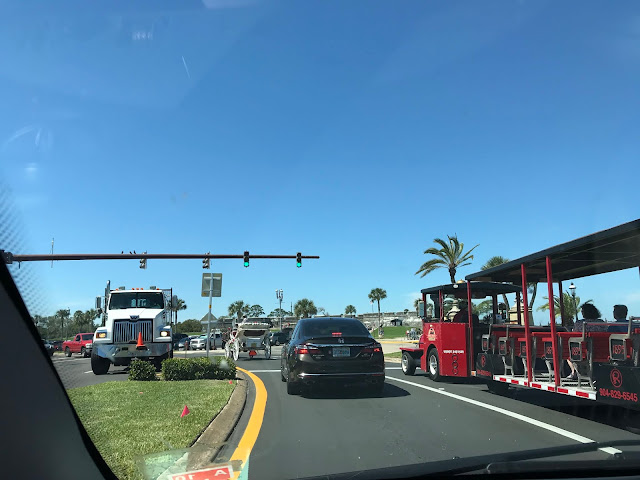 Then I turned the corner and have the tourists all over the road!  Of course I don't consider myself a tourist, since I once lived here. 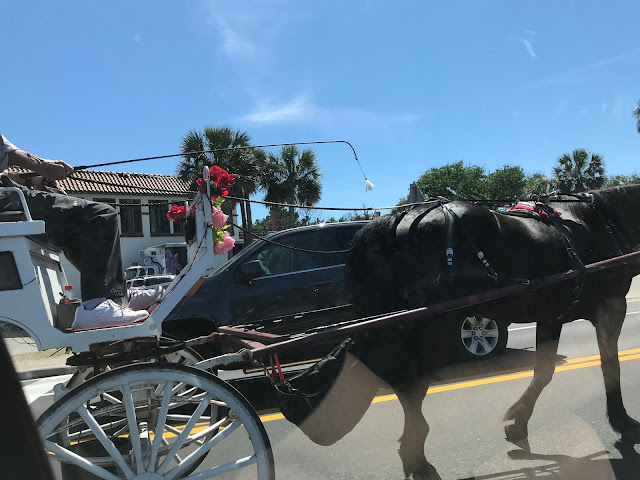 I've never taken one of these horse drawn carriage rides, but they do look fun.  Though slow in traffic. 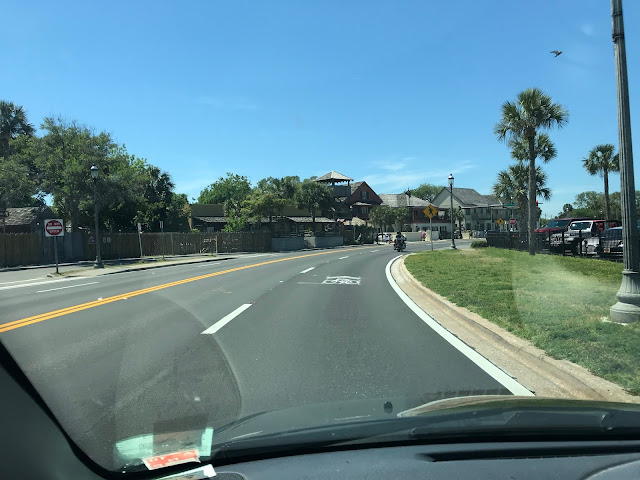 The old town is to the left as I continued up the road. It's the oldest European type city in the US. 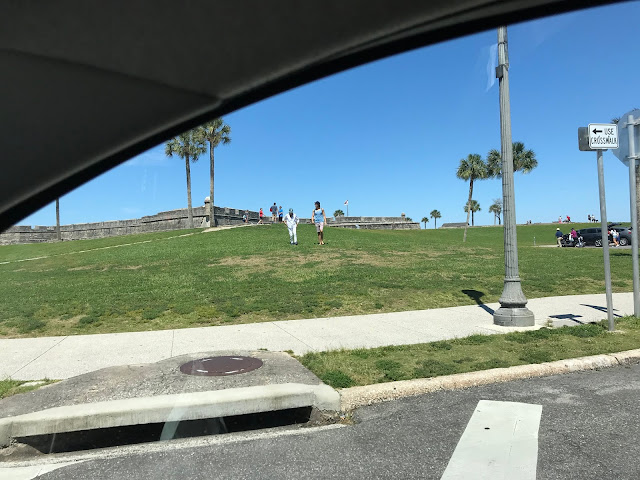 And to the right was Castillo de San Marcos...an old Spanish fort. 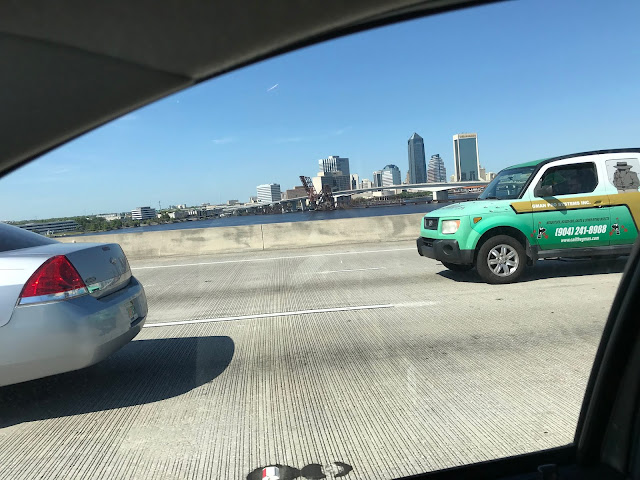 After St. Augustine's slow ancient ways, going through Jacksonville FL was fast and busy with traffic.
Posted by Barbara Rogers at 1:00 AM