The flora on Mt. Mitchell

We had noticed white flowers that we couldn't recognize while driving up the Blue Ridge Parkway to Mt. Mitchell.  When we saw several of them on the walk up to the top, we took their photos, and then asked a Park Ranger what they were.  Yay, he knew! 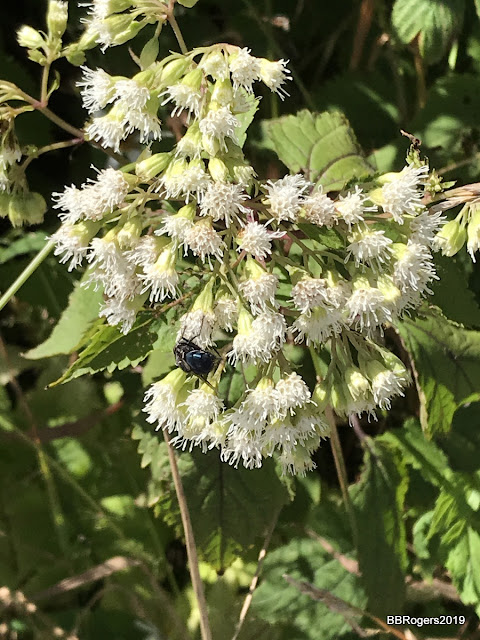 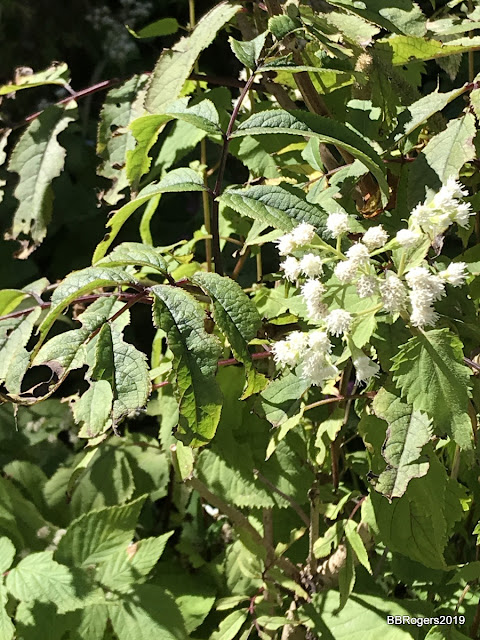 Snakeroot has no real petals to speak of. 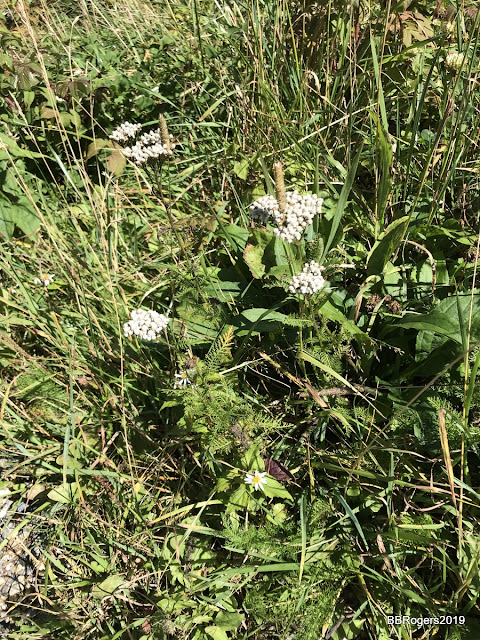 Little white blobs in a cluster with fernlike leaves is Yarrow. 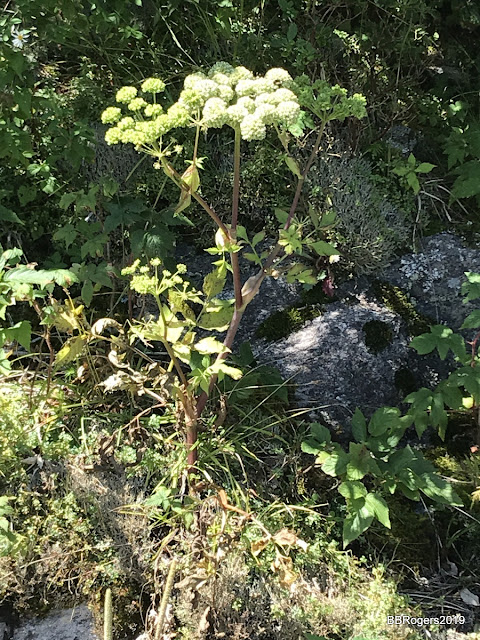 Clusters of blobs on reddish stems are Hairy Angelica 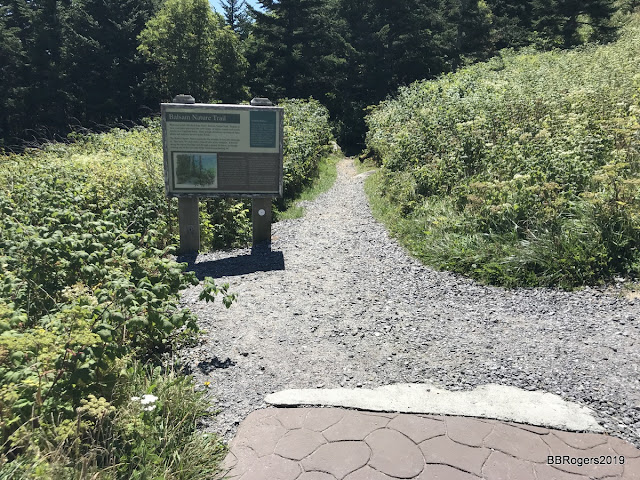 Another trail that comes off the one going to the top of the mountain, Balsam Nature Trail, goes down through the woods. 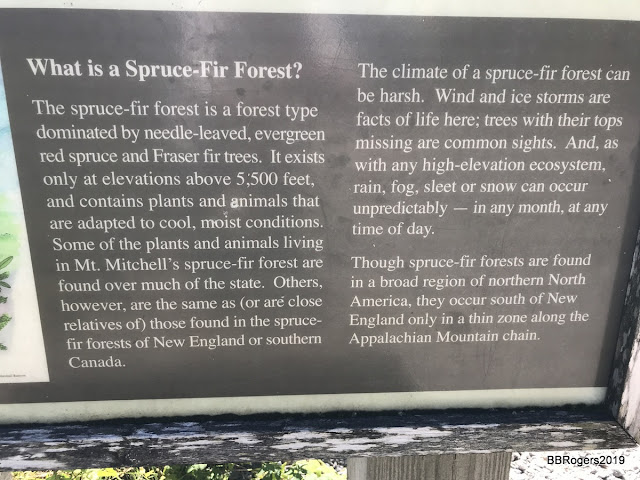 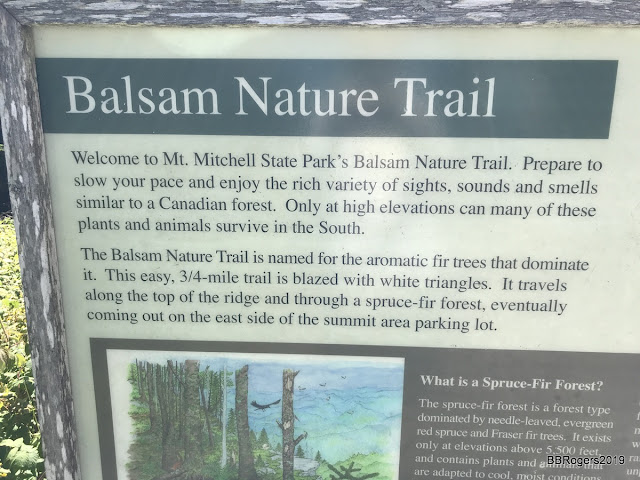 I have taken this trail several years ago, but we elected to skip it this trip.  Another side trail along it goes to Balsam Spring, which is probably completely covered with vegetation this time of year. 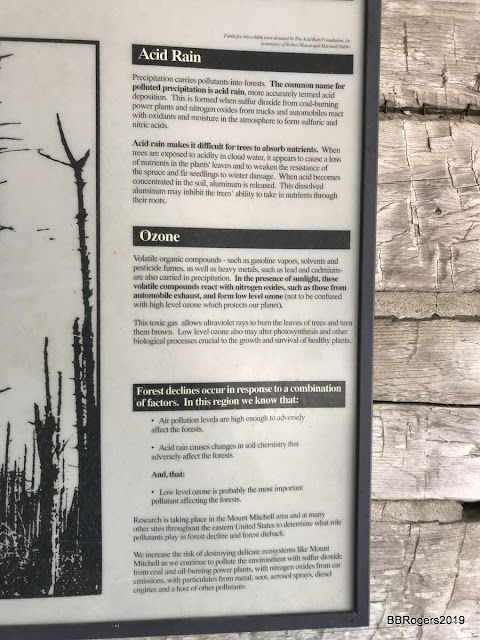 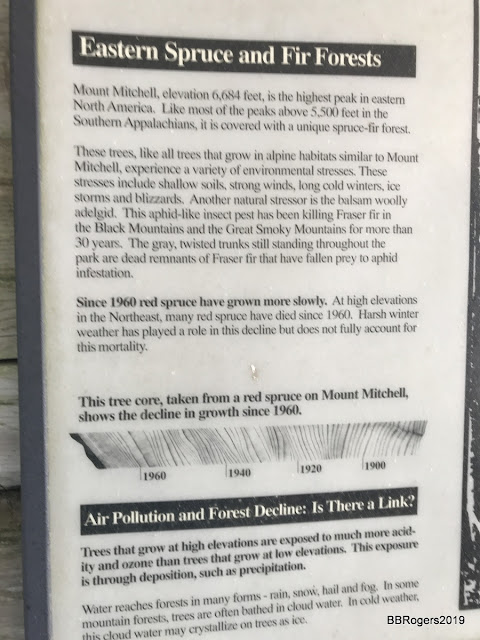 It does say in one sentence that the twisted dead trunks of Frasier Fir have fallen prey to an aphid infestation. I think they sure are downplaying the infestation which is killing so many trees. 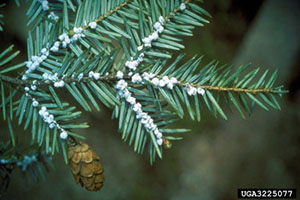 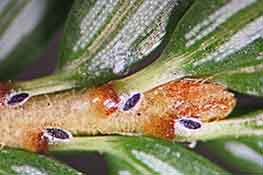 HWA adults at the base of needles
Photo: Mark Whitmore, Cornell University
"Native to Asia, the hemlock woolly adelgid, or HWA, is an invasive, aphid-like insect that attacks North American hemlocks. HWA are very small (1.5 mm) and often hard to see, but they can be easily identified by the white woolly masses they form on the underside of branches at the base of the needles.

Juvenile HWA, known as crawlers, search for suitable sites on the host tree, usually at the base of the needles. They insert their long mouthparts and begin feeding on the tree's stored starches. HWA remain in the same spot for the rest of their lives, continually feeding and developing into adults. Their feeding severely damages the canopy of the host tree by disrupting the flow of nutrients to its twigs and needles. Tree health declines, and mortality usually occurs within 4 to 10 years. 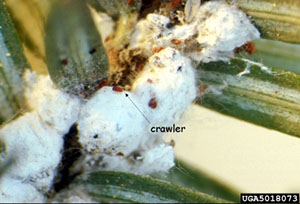 Close-up view of HWA ovisacs and a juvenile HWA
on a hemlock branch
Photo: Pennsylvania Dept. of Conservation
and Natural Resources - Forestry, Bugwood.org
All species of hemlock are vulnerable to attack, but severe damage and death typically occurs in eastern (Tsuga canadensis) and Carolina (Tsuga caroliniana) hemlocks only..." within 4-10 years of infestation. Source: .dec.ny.gov/animals

Posted by Barbara Rogers at 1:30 AM