A scientist who dealt with racism

"Since history is not the factual record of events but the dramatic narrative our species superimposes over events, it is historical irony, in the classic Ancient Greek literary sense, that [Dr.] Just was among the biologists whose work laid the foundation for genomics and its sobering revelation that we share 98% of our DNA with a head of broccoli, dwarfing to absurdity the sub-negligible biological differences on which humans peg the artificial othernesses of their senseless biases."

[Dr] "Just felt increasingly stifled by the swell of racism in his nation’s bosom, which kept him from obtaining a teaching position at a major university worthy of his talent and credentials."
Source: BrainPickings Newsletter 5/23/21 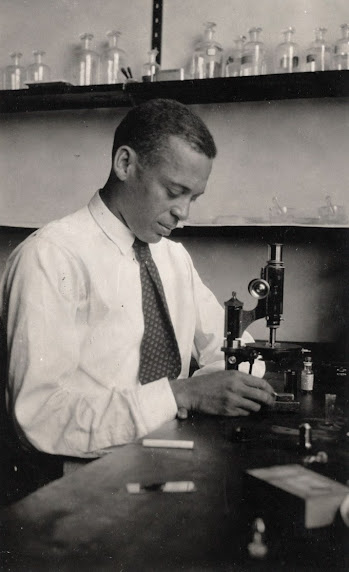 Dr. Just "...admired as the “black Apollo” of science by the Italian women working at the Neapolitan laboratory for which he left Woods Hole, is the subject of The Vast Wonder of the World  by librarian-turned-author Mélina Mangal and Colombian illustrator Luisa Uribe — a lovey addition to the growing corpus of picture-book biographies of cultural heroes to foment young hearts with inspiration for growing vast minds and tenacious spirits.

Dr. Just "...believed that "life as an event lies in a combination of chemical stuffs exhibiting physical properties; and it is in this combination, i.e., its behavior and activities, and in it alone that we can seek life.".[31] He also wrote: "[L]ife is the harmonious organization of events, the resultant of a communion of structures and reactions",[11] and "We [scientists] have often striven to prove life as wholly mechanistic, starting with the hypothesis that organisms are machines! Living substance is such because it possesses this organization--something more than the sum of its minutest parts"[32] He argued forcefully that the "ectoplasm," the outer region of the cytoplasm, and not the nucleus, constitutes the heart of the dynamic cell. He was convinced that the surface of the egg cell possesses an "independent irritability," which enables the egg (and all cells) to respond productively to diverse stimuli.[33]

Posted by Barbara Rogers at 3:25 PM