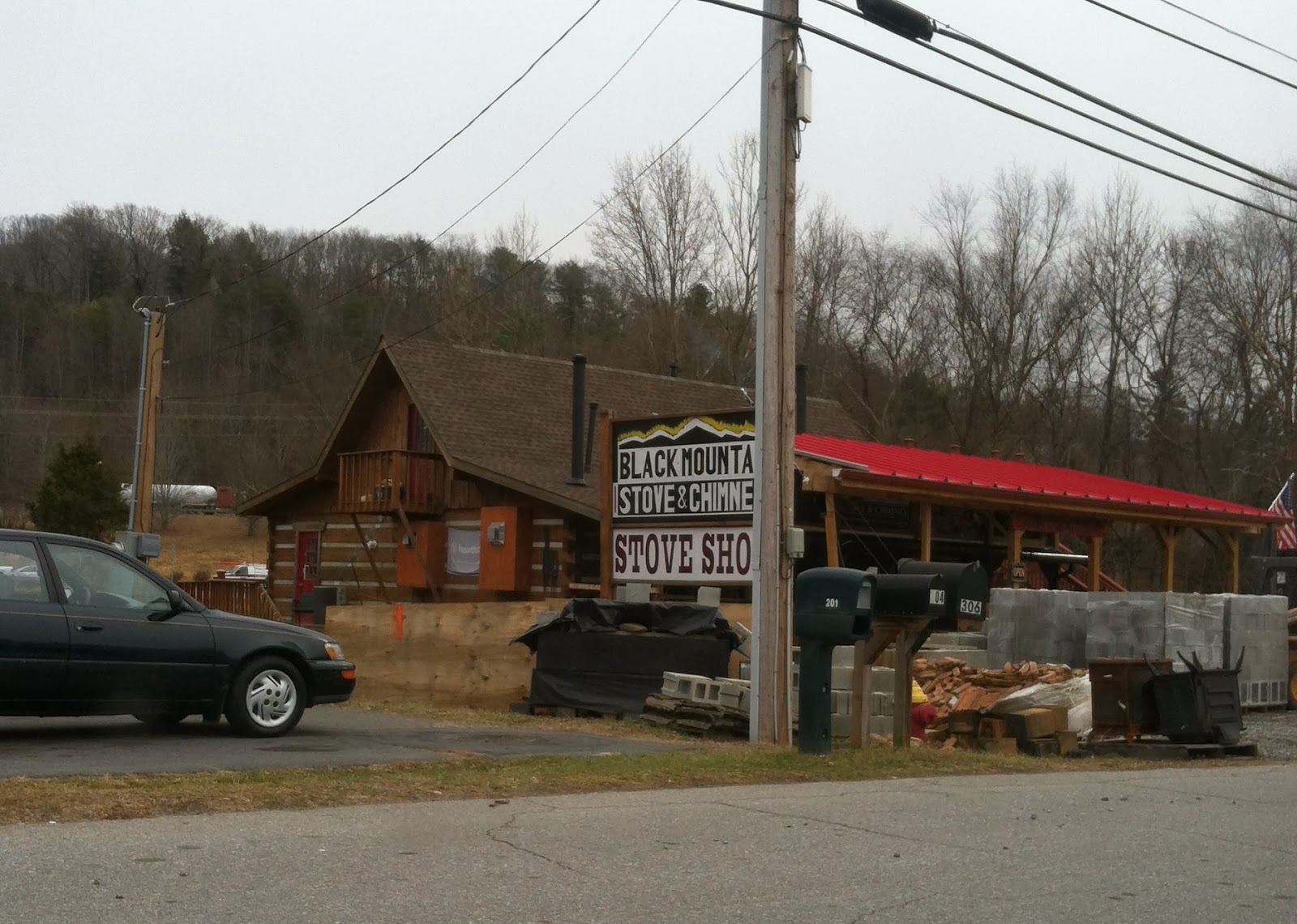 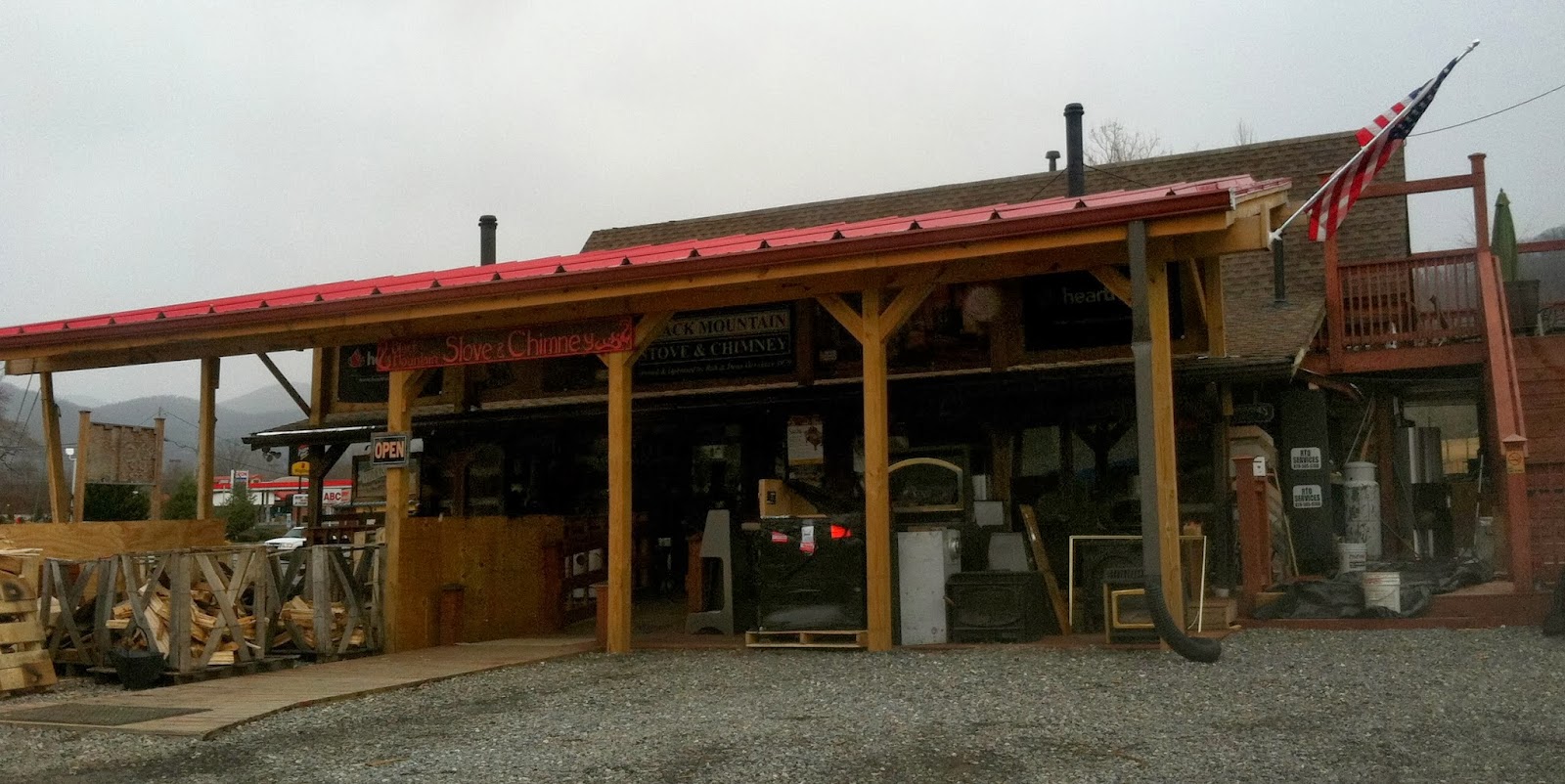 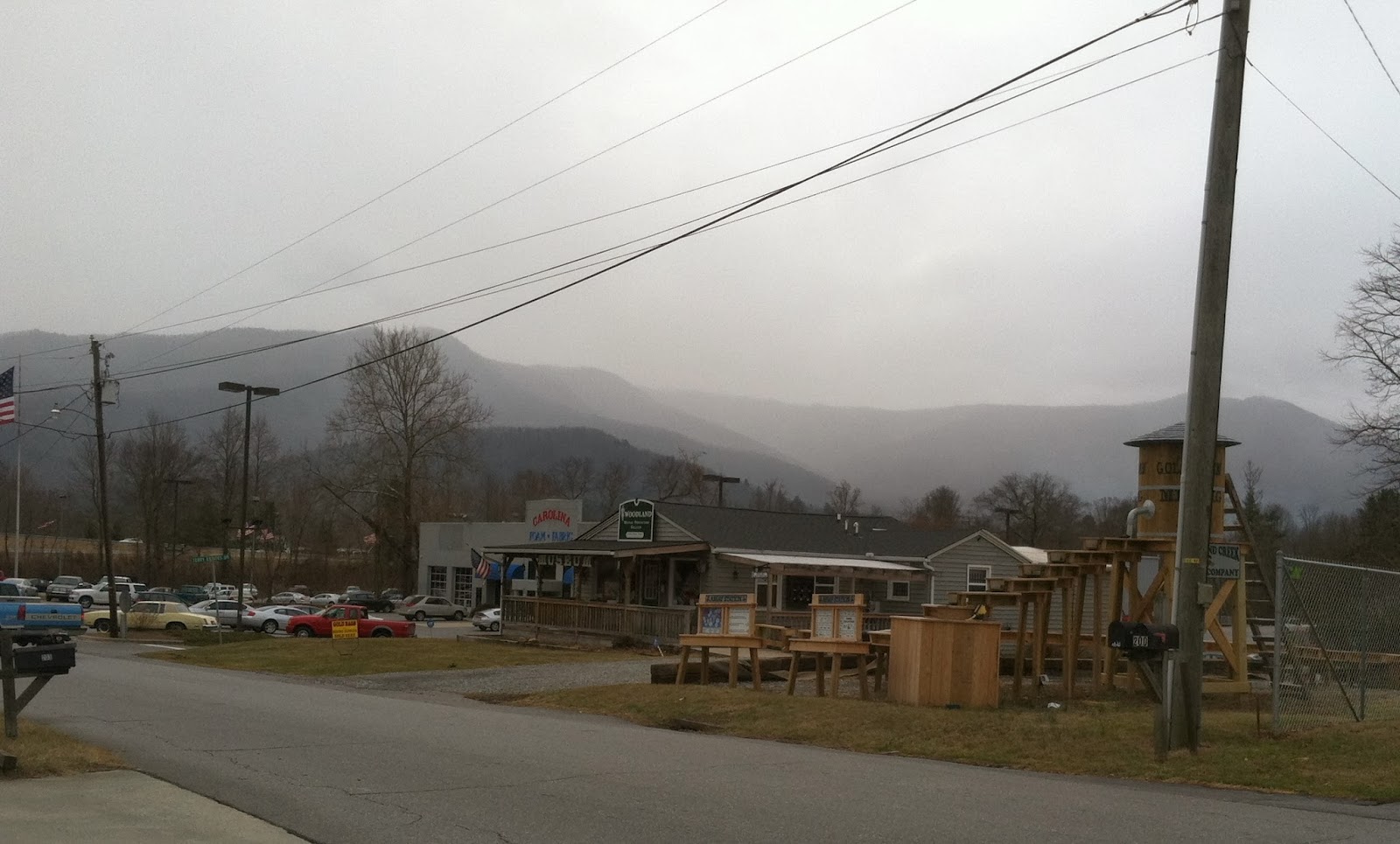 OK, this is the new kid in town (Black Mountain, that is).  A mining tourist stop...much like those in the area around Spruce Pine, NC.  This mine will let you have a bucket of rocks to see if you can get any gems out of it.  The little store has lots of fun things too, like metal detectors.  Hey, we needed someplace like that in our town.  Everyone does, don't they?
Posted by Barbara Rogers at 1:00 AM 2 comments:

Email ThisBlogThis!Share to TwitterShare to FacebookShare to Pinterest
Labels: mining 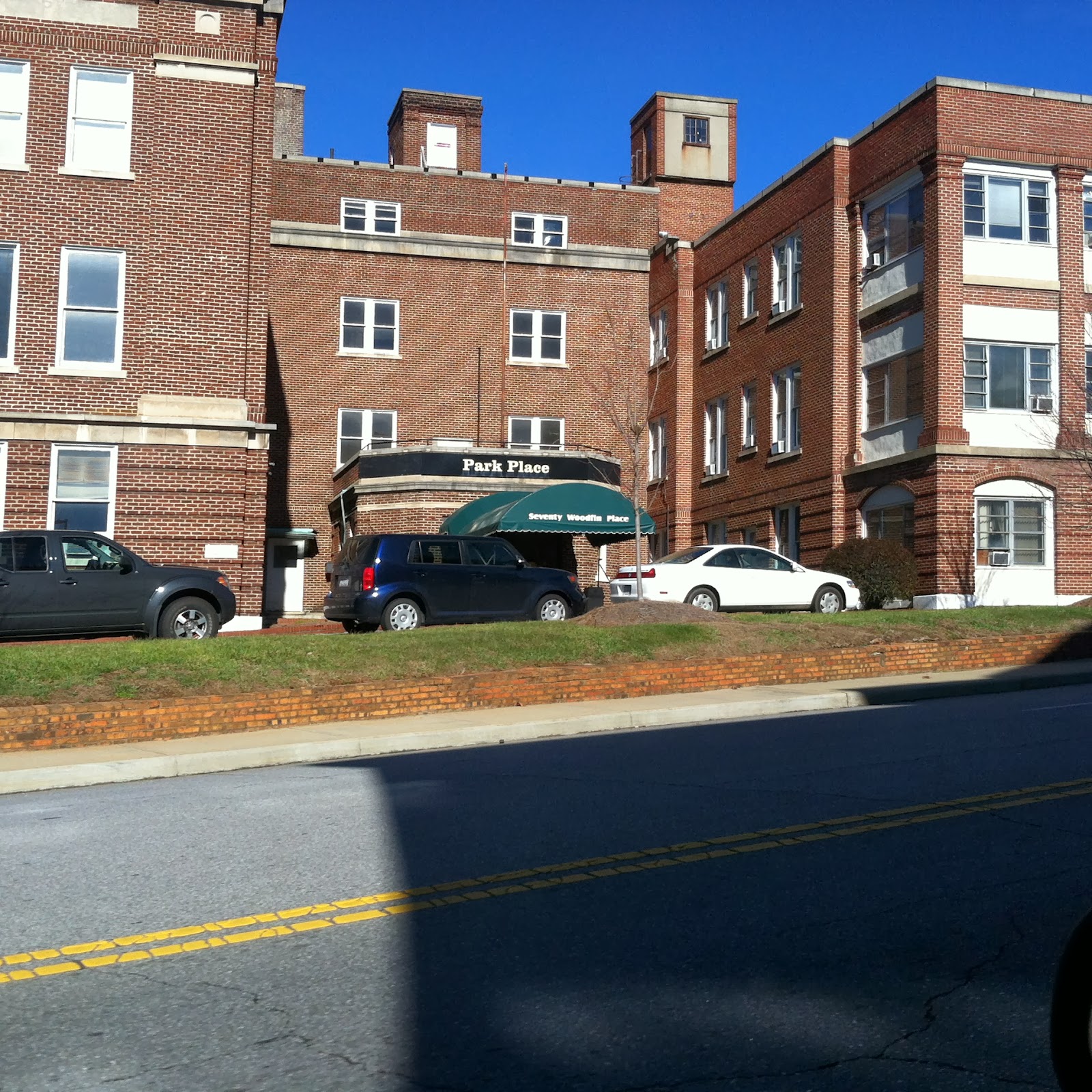 I've a long history with retirement homes by this name.

I was the activity director for several years at one of the most prestigious ones, in Carrollwood, Florida.  I received an email address ParkplaceBarb.  So when I left the organization, I decided the Monopoly Board would now allow me to become BoardwalkBarb, the more pricey hotel.  Which I did, for a while.

Posted by Barbara Rogers at 1:00 AM 2 comments:

There are house fires in Black Mountain as I type this.  I hope they are under control.  Two houses on Skyhigh Drive, east of town, right above US 70, according to WLOS news.  I have a friend who lives in that neighborhood.

As I came off I-40 from Asheville this afternoon around 4:00, the clouds of smoke were billowing in the wind...and it was terribly gusty just driving down the interstate.

But it's dark out now, and I'm hoping I'm not smelling smoke drifting into town, so I poked my head out the door to check it out, now that it's 7:30 pm.  Smells ok for now.  My friend lives on Old Toll Rd, and several of the comments on line say the fires are on Old Toll Rd, not Skyhigh Drive, which is further up the mountain.  (I checked Google Map to see where they are.)

Here's the story which was broadcast at 7:30 pm, with live coverage saying one house has been totalled, and the second house fire is being fought, as well as brush fire leading to a third house.

Since I don't have permission from the local news station  WLOS, I just link to their broadcast.  I'll be checking again at 10 to make sure the fires are reported completely under control.

Did you know my youngest son was a wildland firefighter with the Forest Service, until he returned to art school to get a MFA in Ceramics?  True! 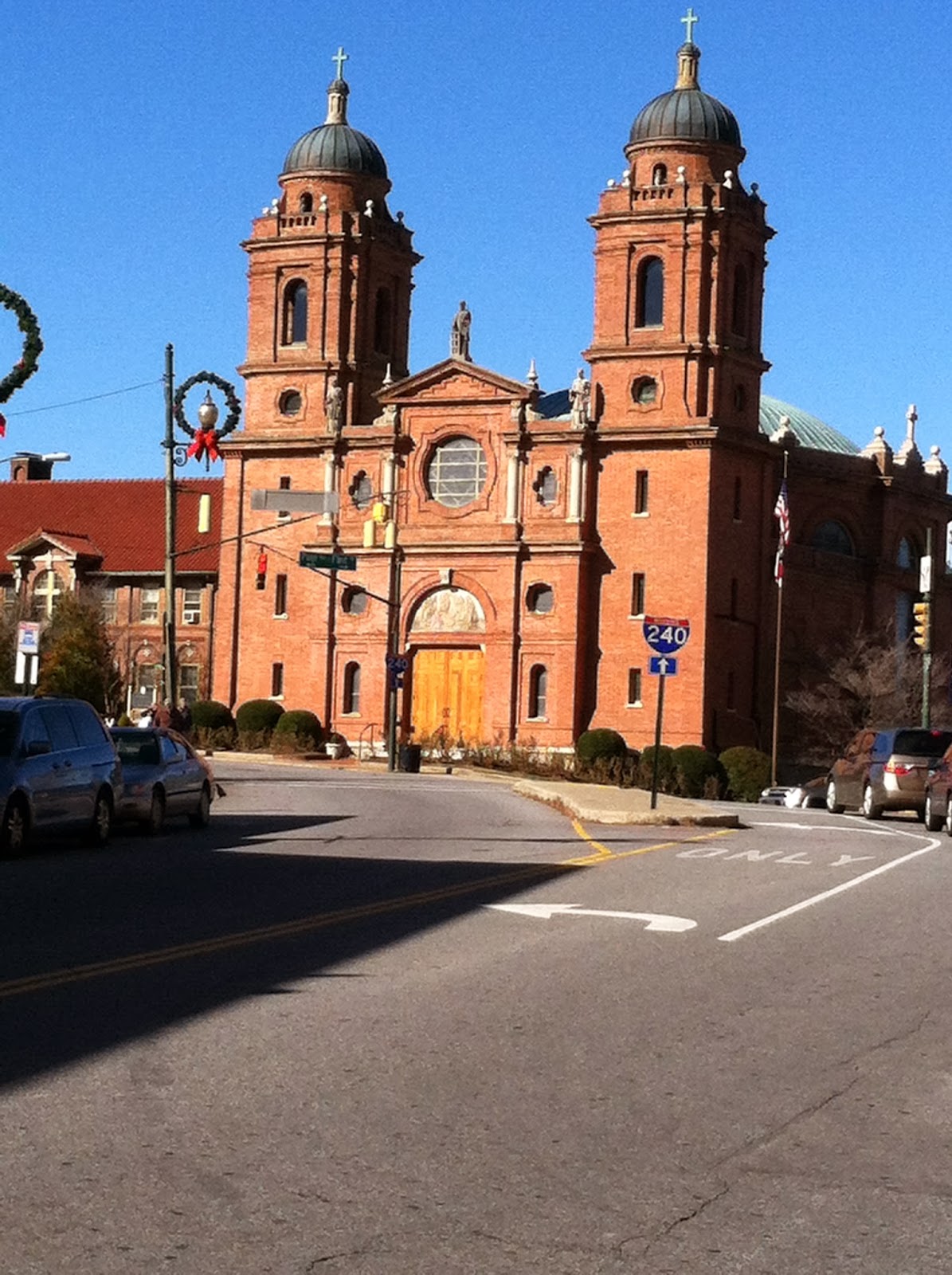 The Basilica of Saint Lawrence, Asheville, NC.
This is a wonderful architectural treasure in Asheville, well worth taking a tour through it.
Posted by Barbara Rogers at 1:00 AM 2 comments: 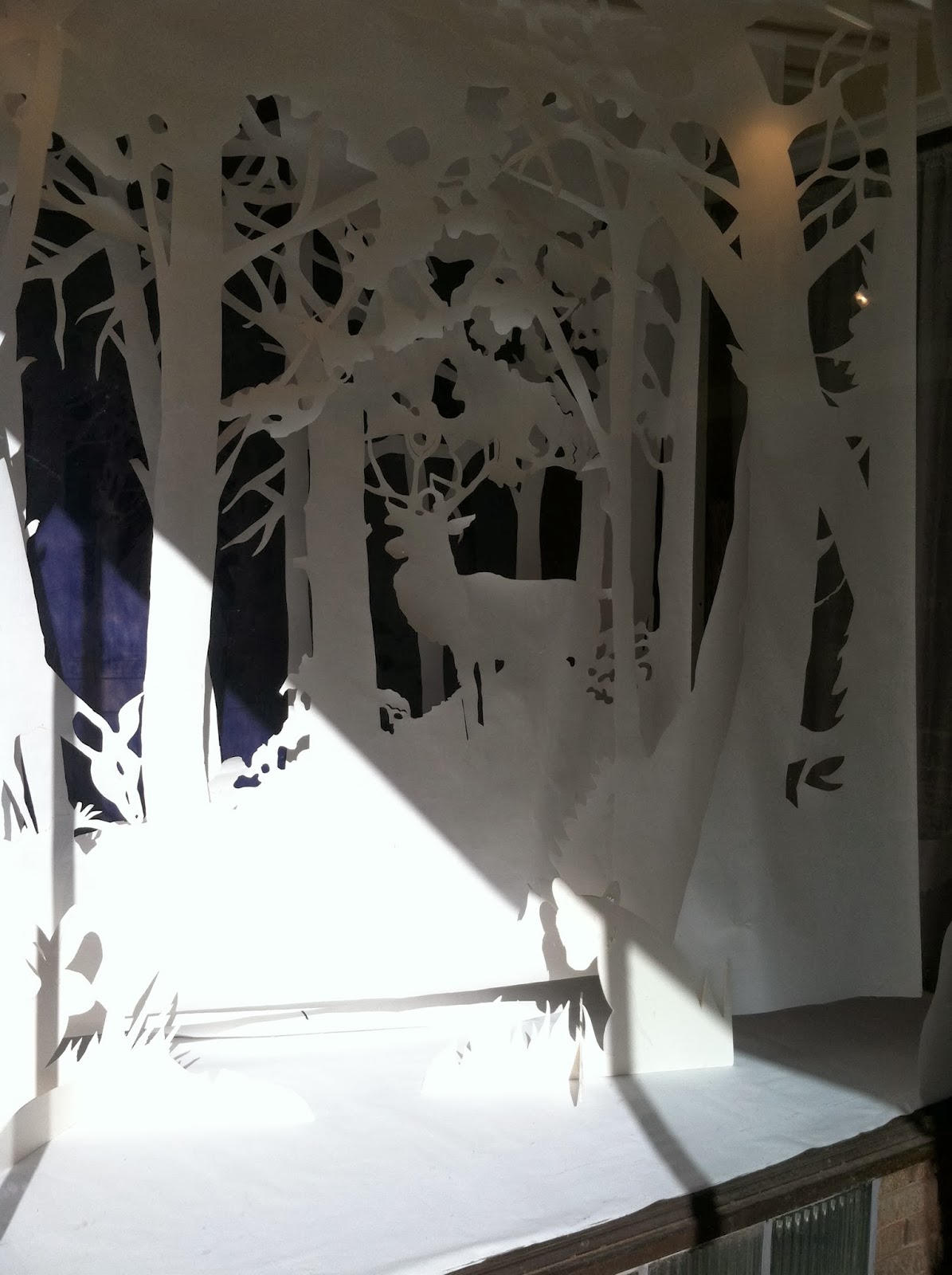 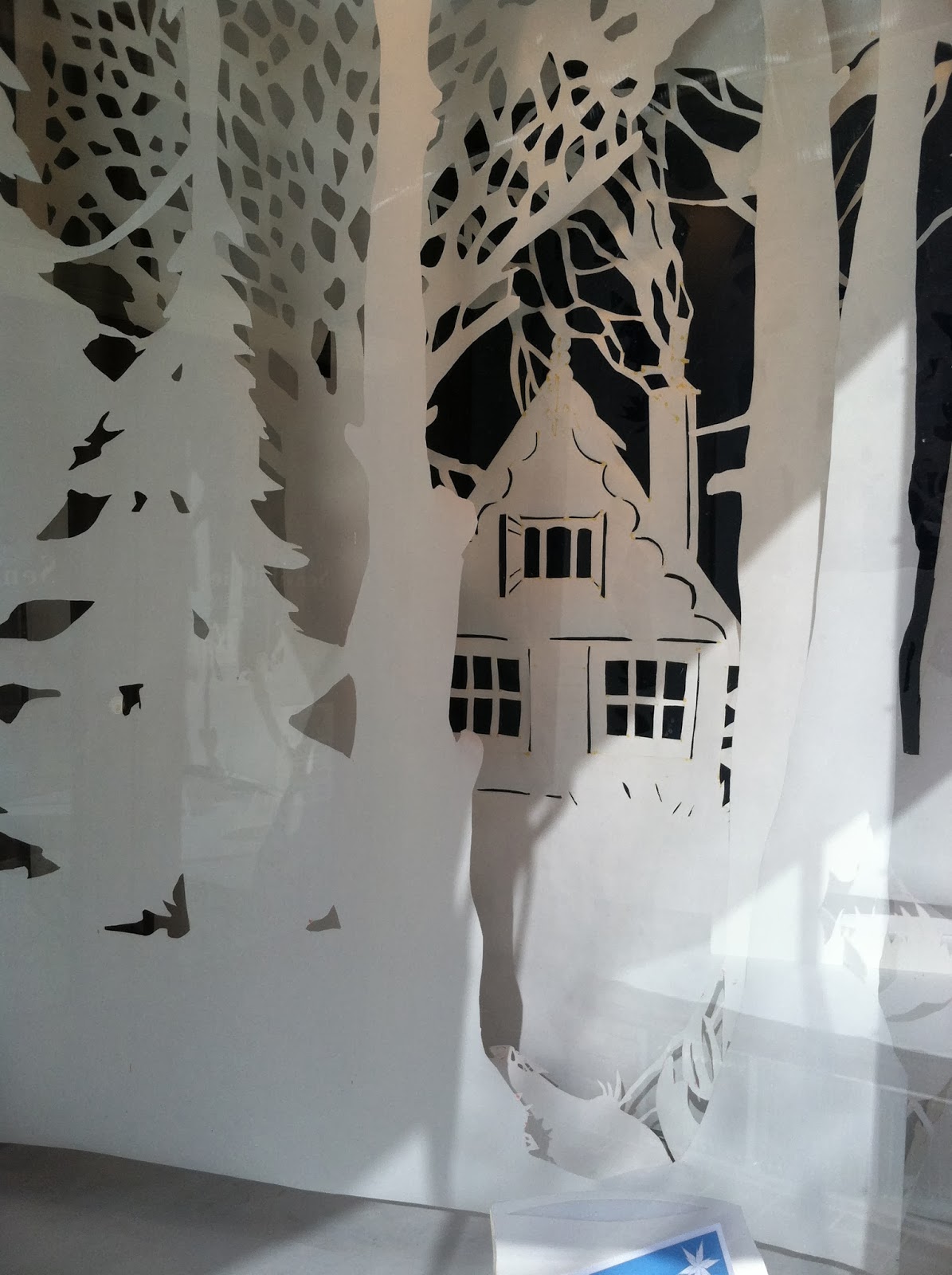 A couple of shop windows caught my eye in Asheville, standing well above my head in height.  Sorry, I missed who the artist was.  Isn't this beautiful?

OK, who knows what the term for paper cutting as an art is?
Posted by Barbara Rogers at 1:00 AM 3 comments: 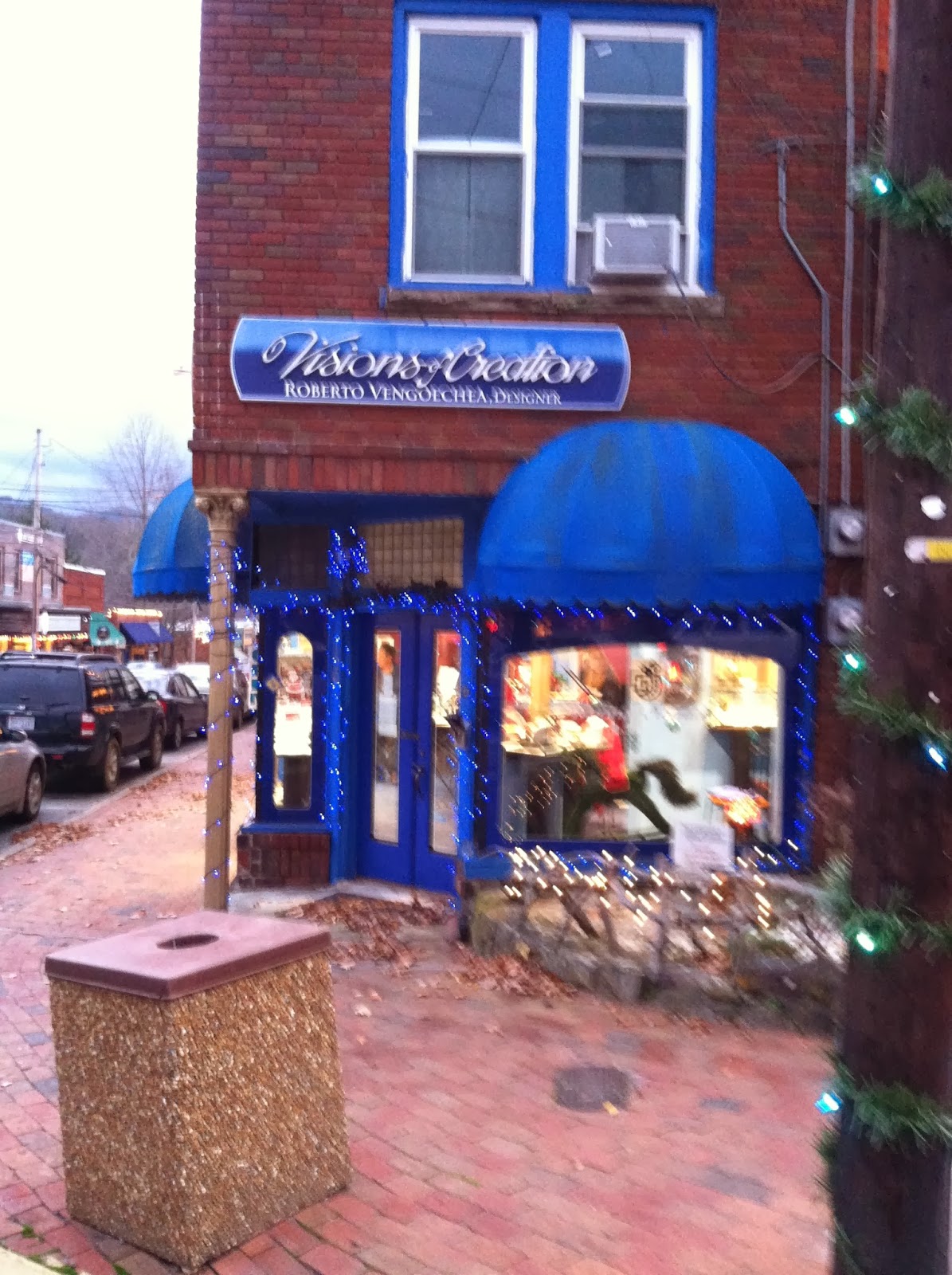 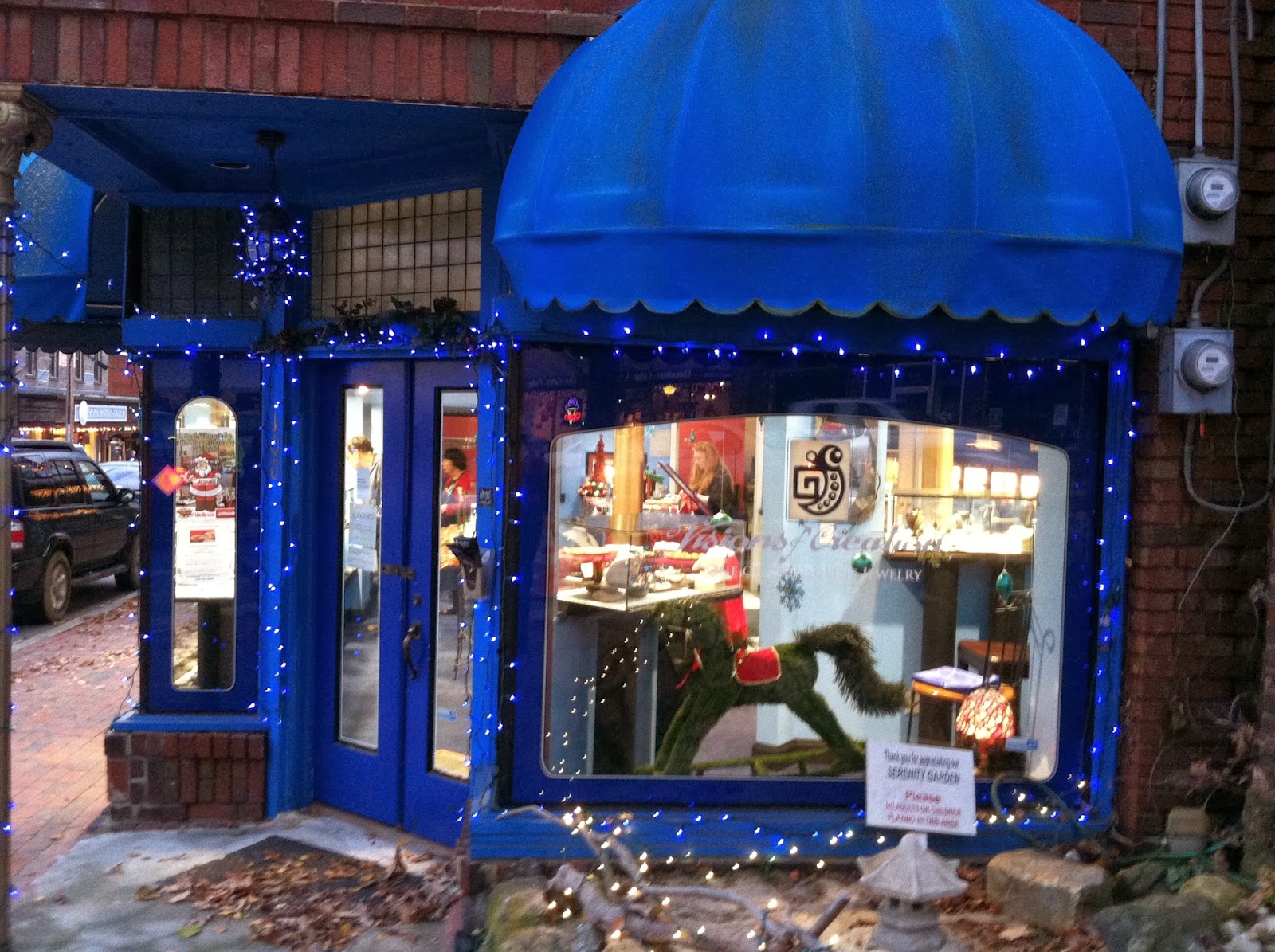 Visions of Creatioin - jewelry store.
Posted by Barbara Rogers at 1:00 AM 2 comments:

Email ThisBlogThis!Share to TwitterShare to FacebookShare to Pinterest
Labels: jewelry 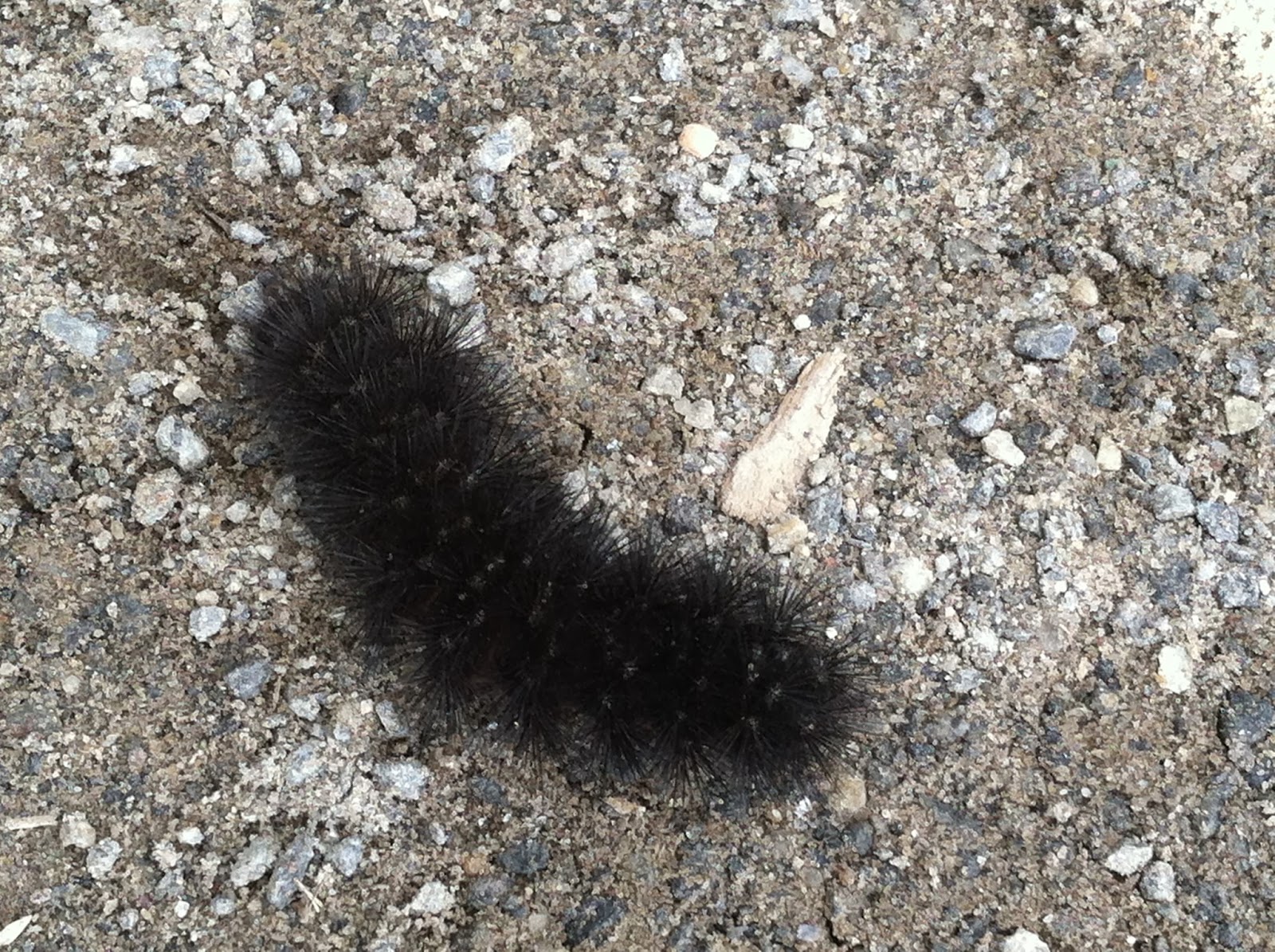 It's all his fault.  When I took his picture at the end of November, I had no idea what would forecast what.  (Still don't)  But I did save it, so if we see these little guys looking like this again, we'll know, something, for sure! 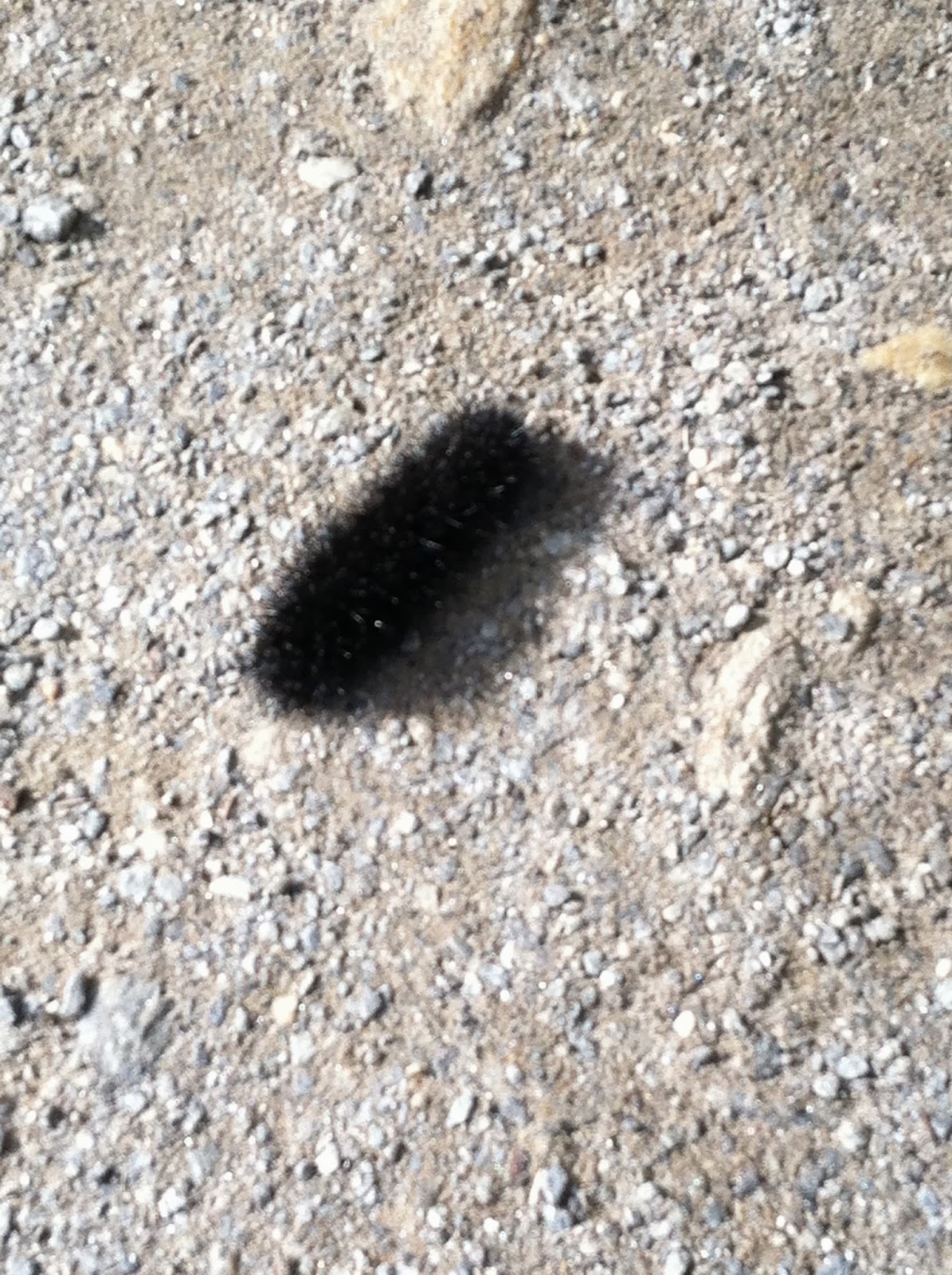 Posted by Barbara Rogers at 1:00 AM 2 comments:

Email ThisBlogThis!Share to TwitterShare to FacebookShare to Pinterest
Labels: weather 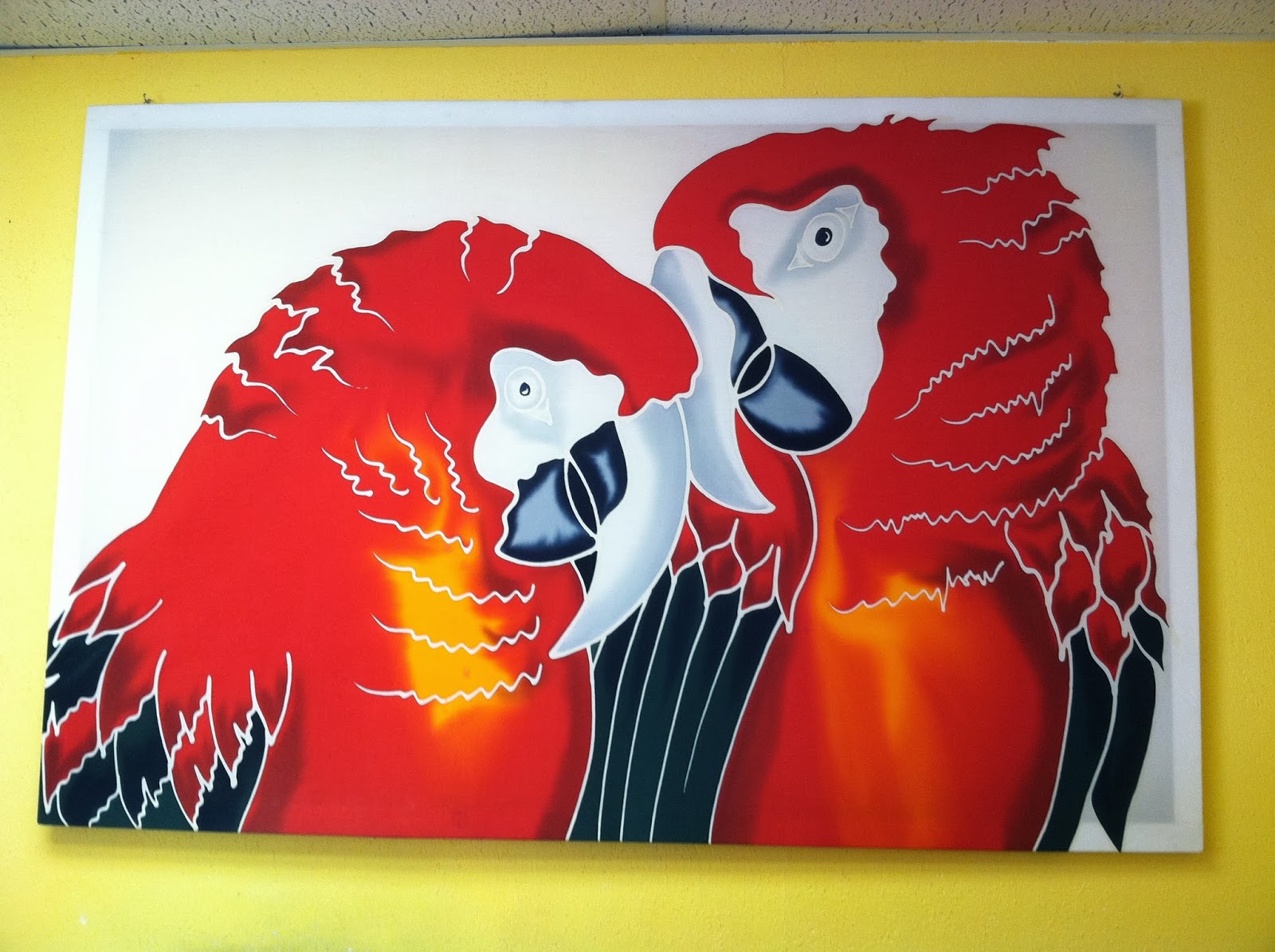 As long as I'm posting some pictures from a Veterinarian's visit, let me share this lovely image, which hangs on the wall over the exam table in my vet's office.

I almost always go into this room.  This is the view I had when my darling old cat Keptain was put to sleep.  And I've been struggling for several years with keeping my current oldest, Muffin, living in comfort.


Be kind, for everyone you meet is fighting a great battle.  Philo of Alexandria
Posted by Barbara Rogers at 1:00 AM 2 comments:

fabric and foam anyone? 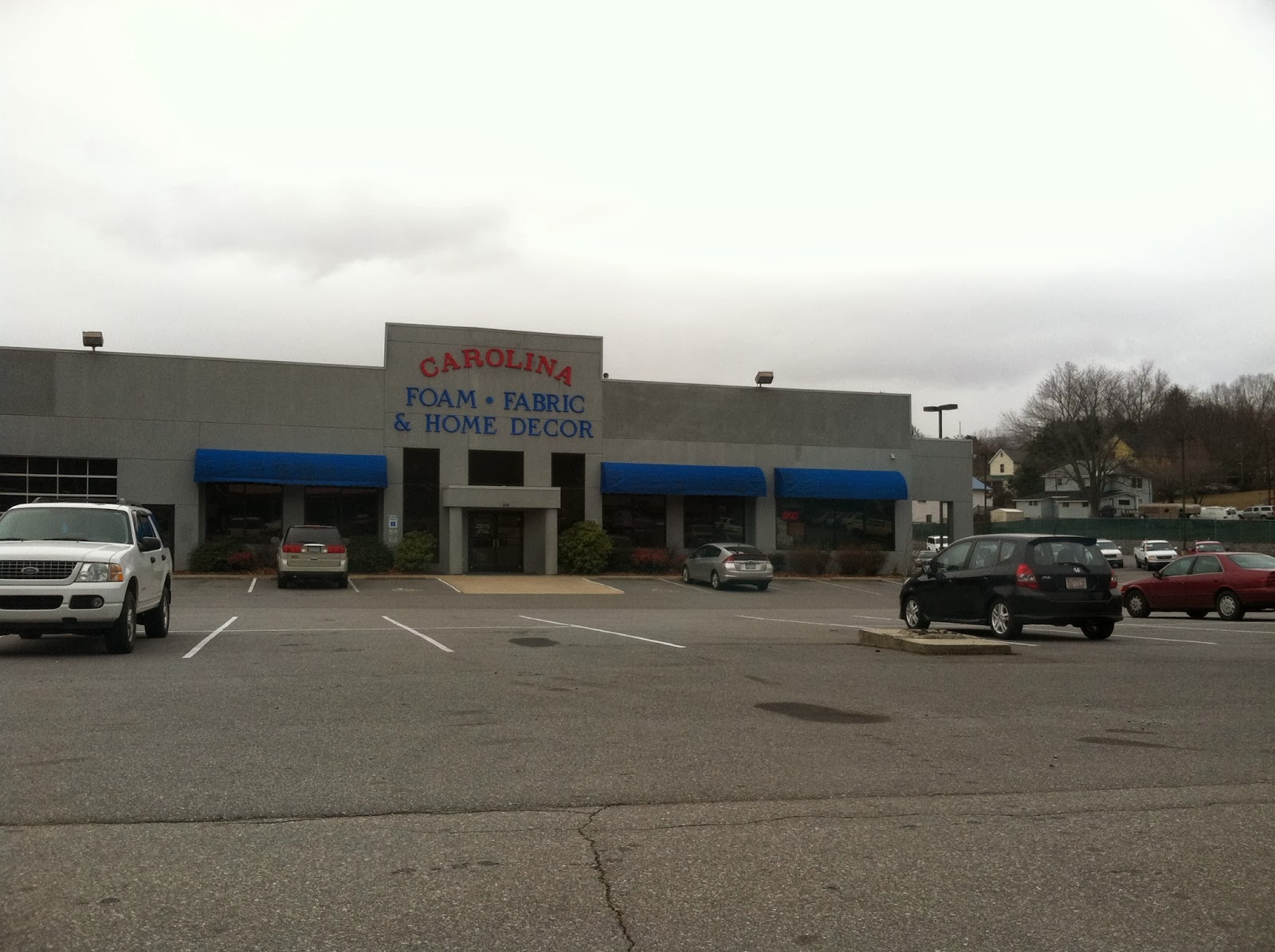 OK, this store may not be your idea of "the beauty of Western North Carolina."  But just think of all the beauty it brings to people's homes and fashions.  Be warned, it is a fabric junky's paradise.


Just to be is a blessing; just to live is holy.

Email ThisBlogThis!Share to TwitterShare to FacebookShare to Pinterest
Labels: fabrics


Here's a bit of the progress last Sun. at the construction site, before the snows.. Looks promising. 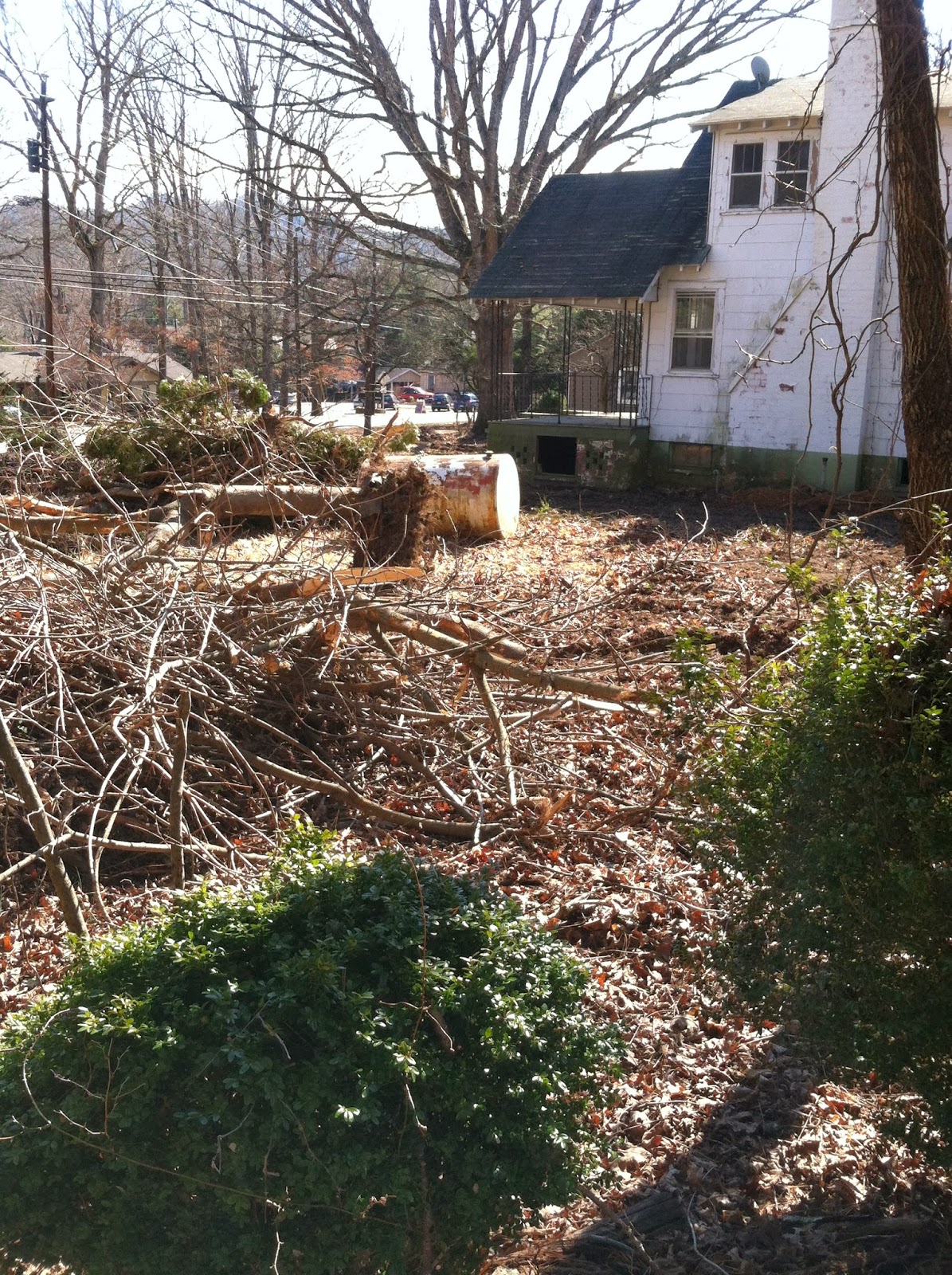 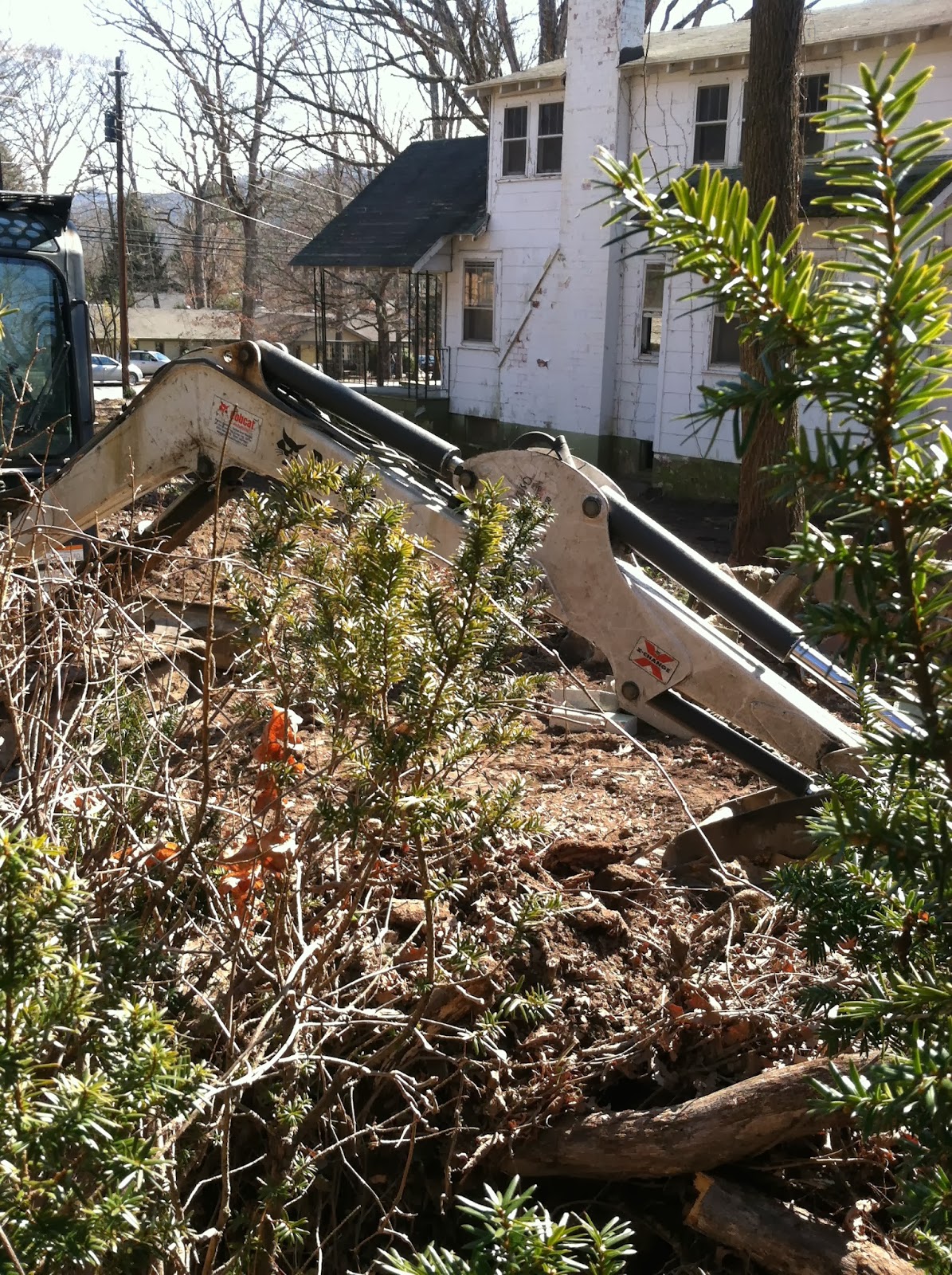 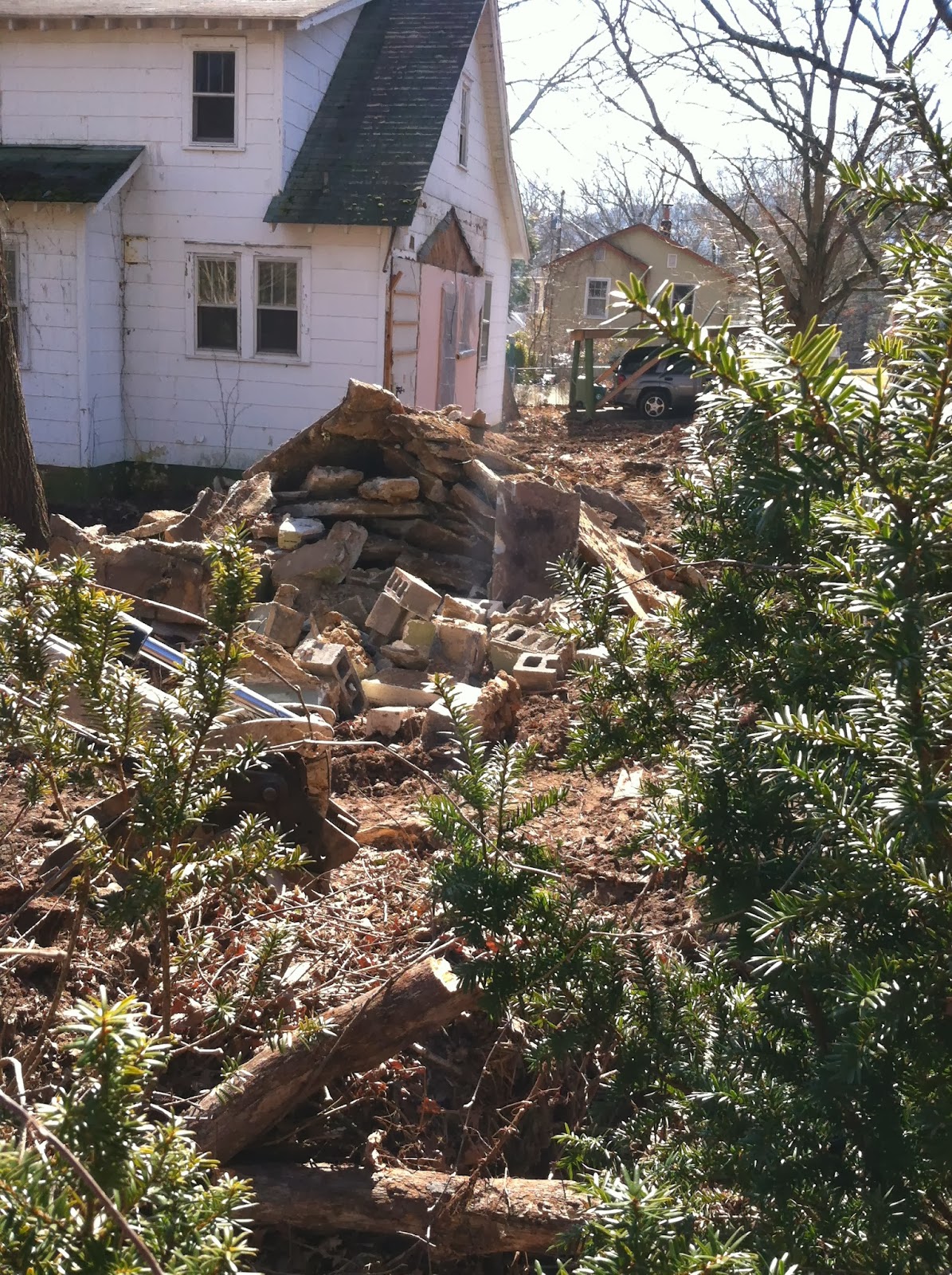 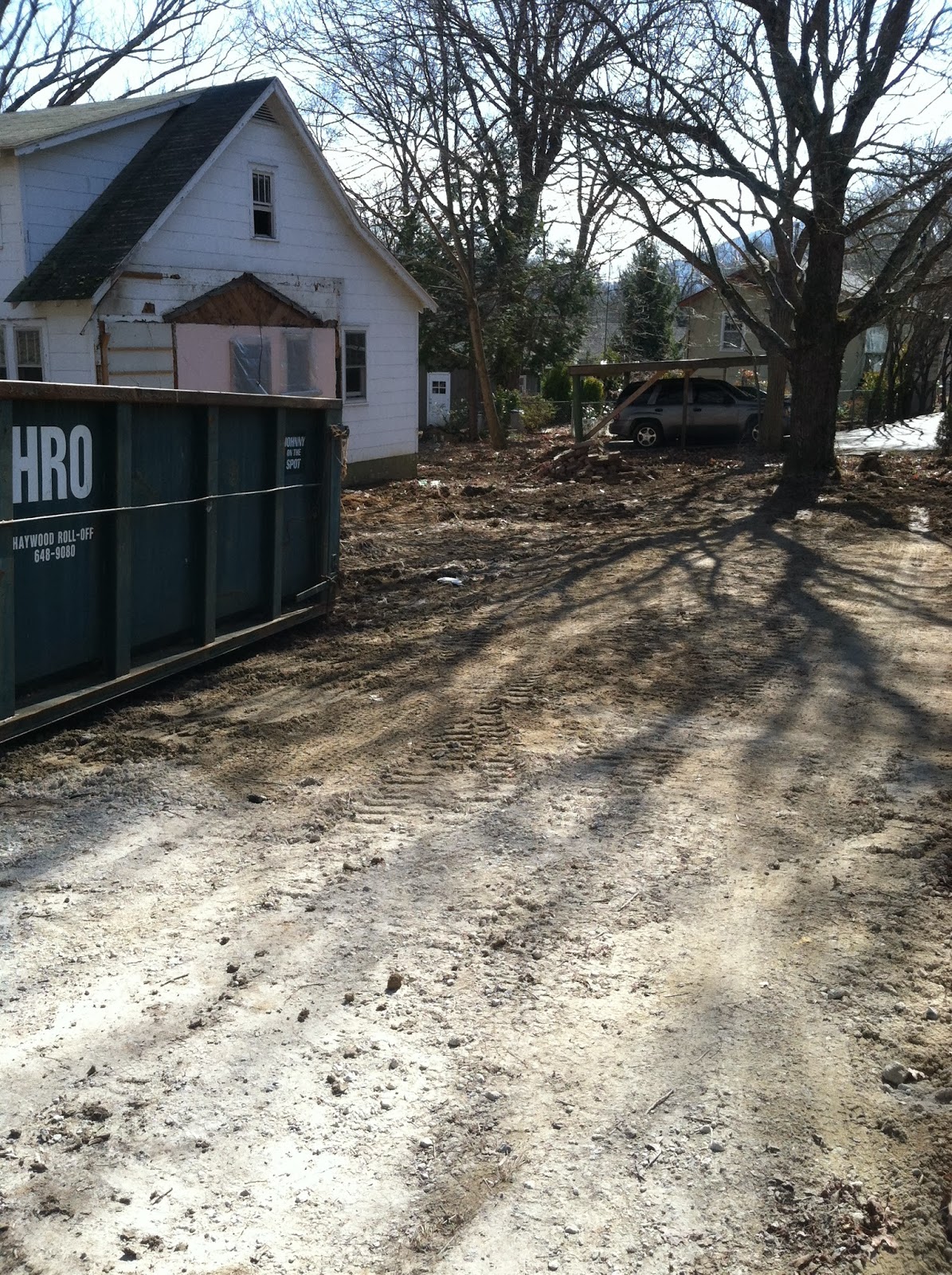 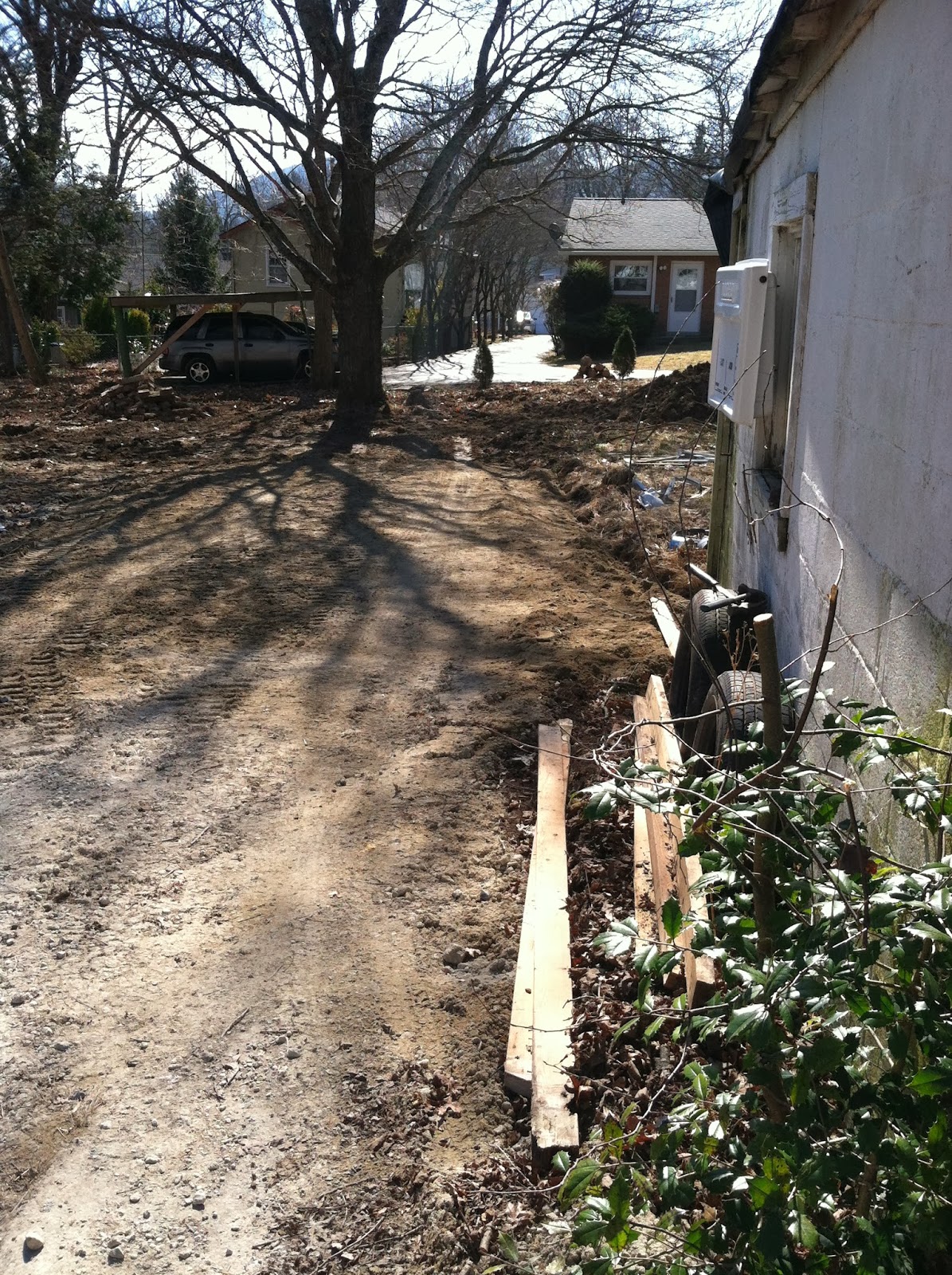 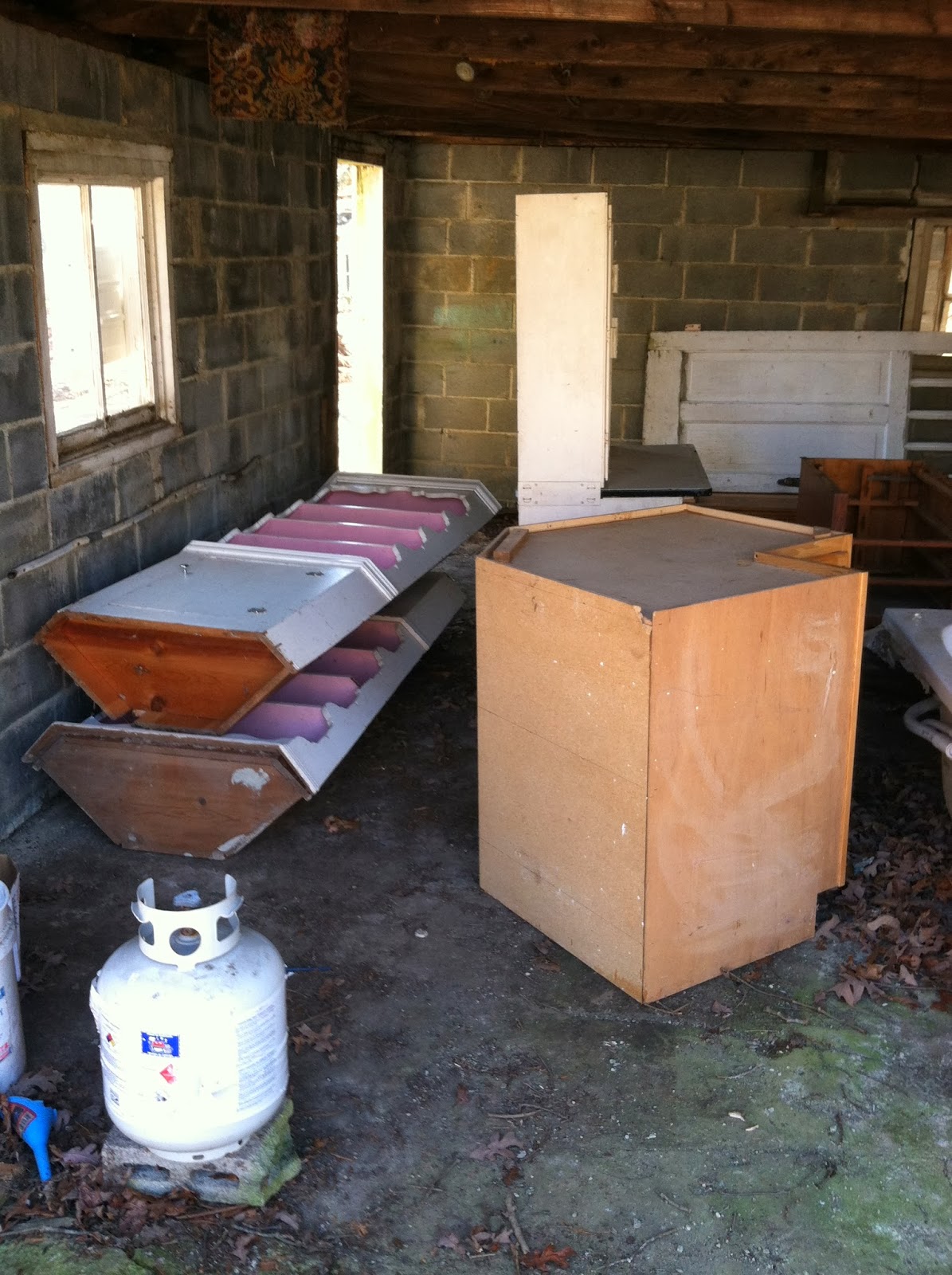 Yes corner cupboards with pink interiors, saved into the garage. 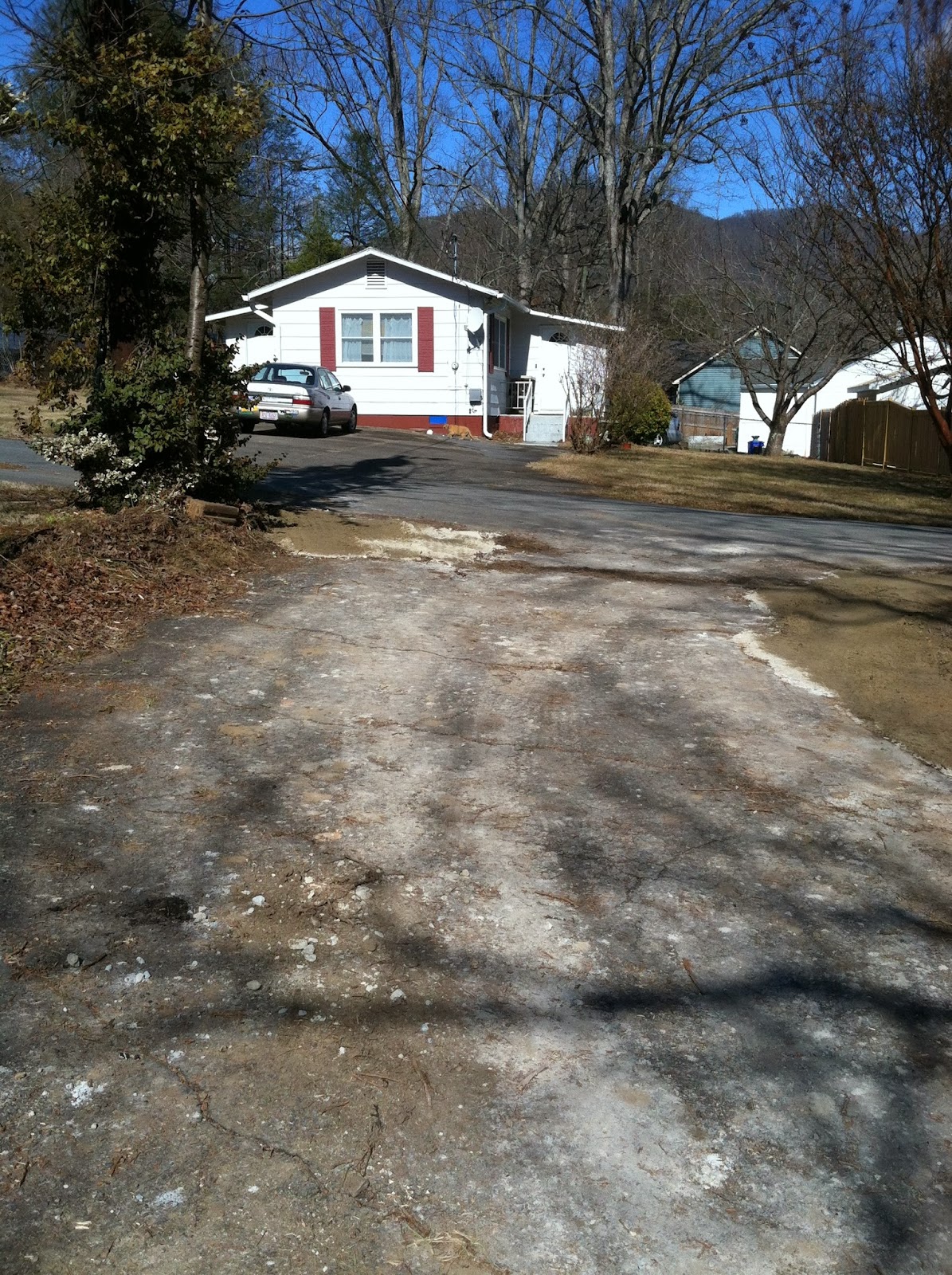 And there's my cottage across the street!
Posted by Barbara Rogers at 1:00 AM 1 comment:

Sorry about double posts today (triple?_) in the wee hours the posts scheduled for March came out in Feb. 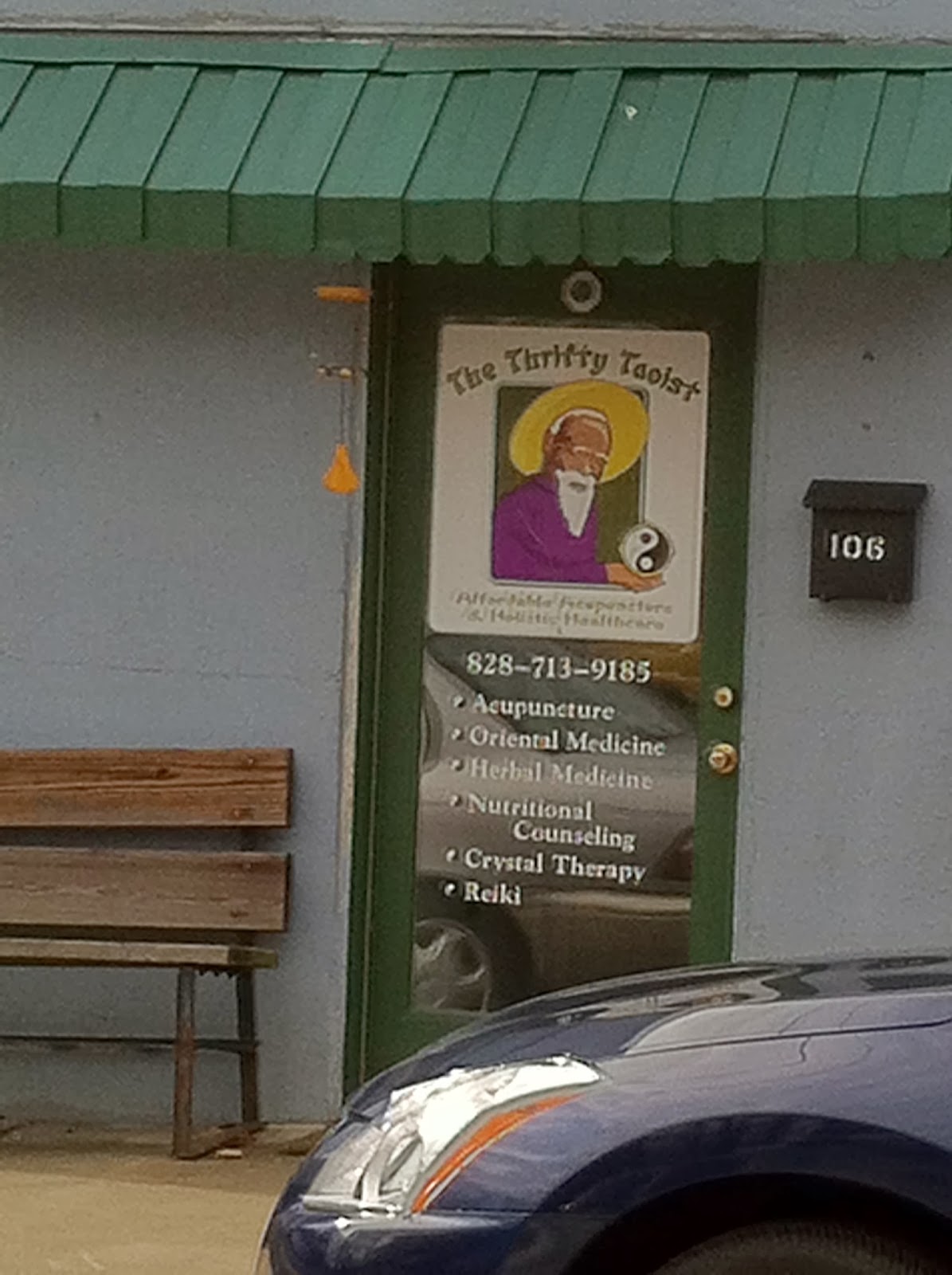 Treat everyone you meet as if he or she were going to be dead by midnight. Extend to them all the care, kindness, and understanding you can muster, and do so with no thought of reward. Your life will never be the same.
Og Mandino
The Greatest Salesman in the World
Posted by Barbara Rogers at 1:00 AM 2 comments: