Mr. Vandervilt (who built the Biltmore Estate) definitely had some good architects and landscape planners...including Olmstead who also did Central park in NY. 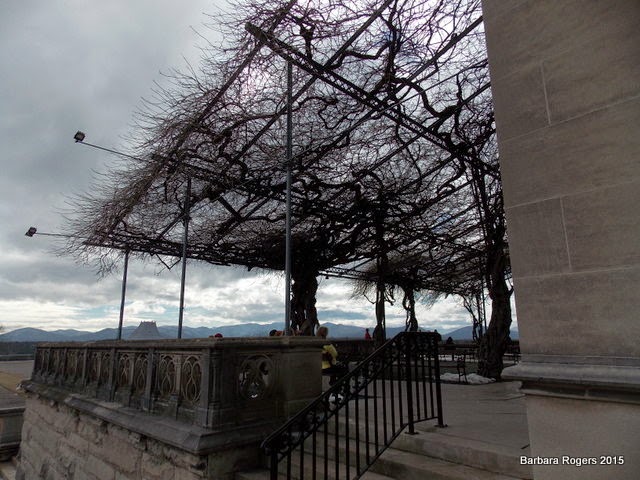 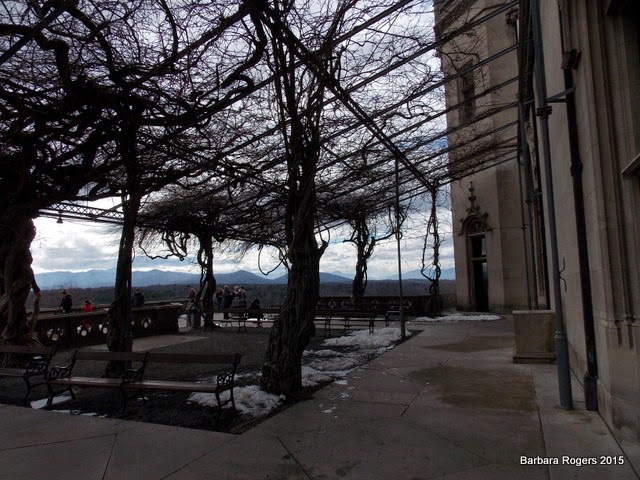 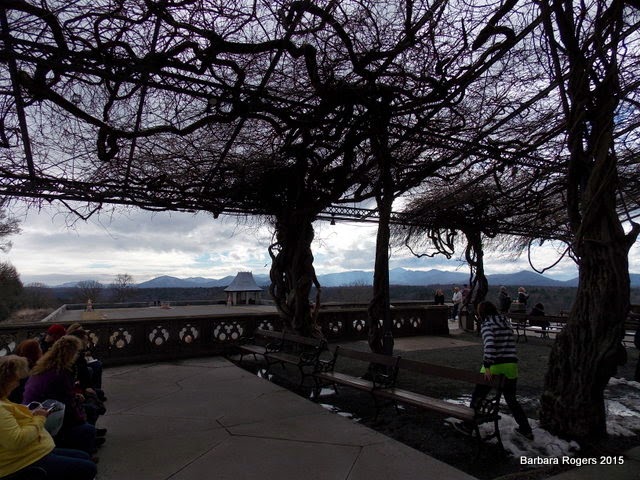 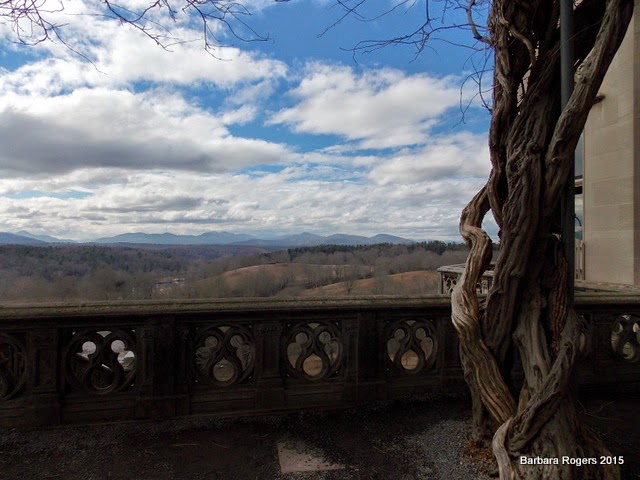 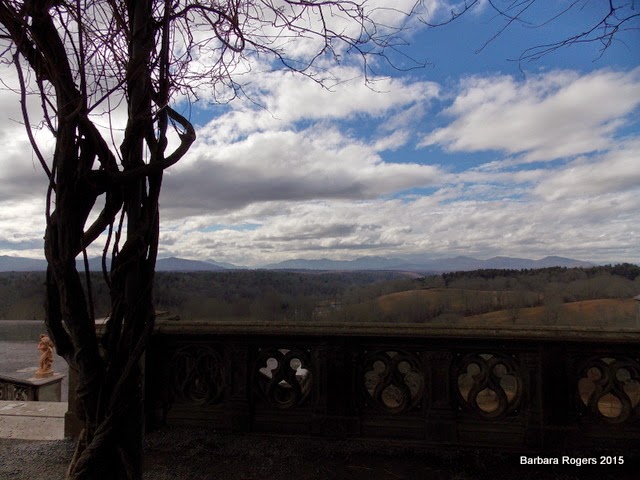 On the south side of the Biltmore mansion,a great view could be had from the vine covered patio, of his property which stretched for miles, all the way to Mount Pisgah.  I'm going to show you the distant views first, then maybe we can figure out which one is Pisgah, which has a tower on top of it. 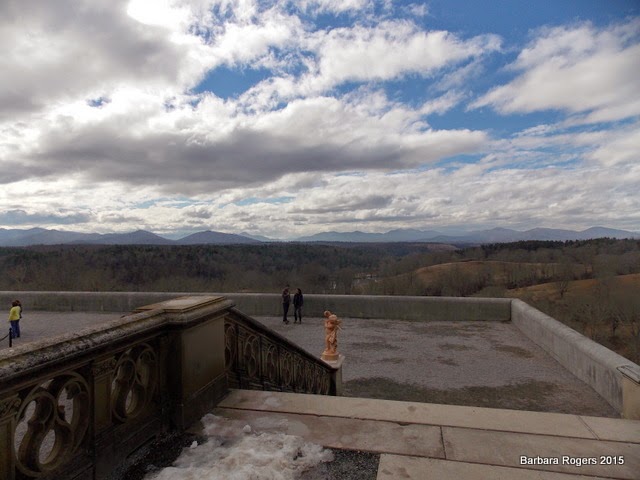 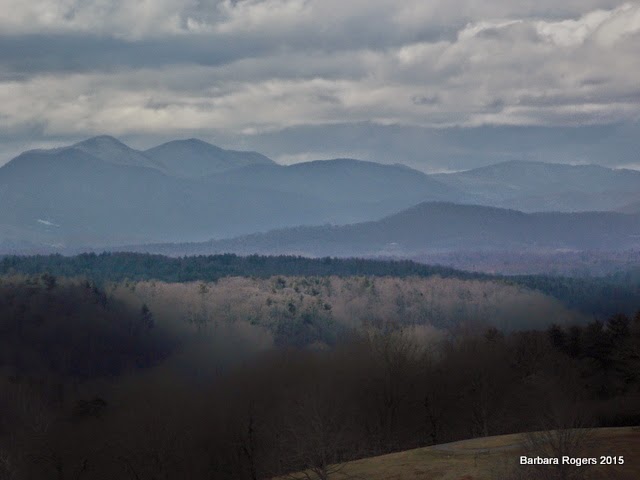 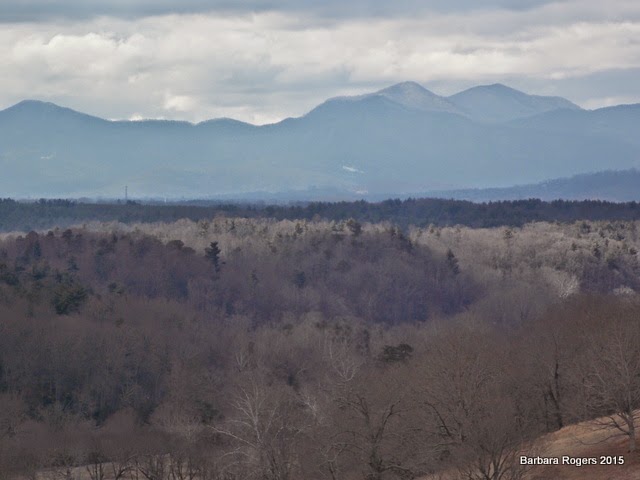 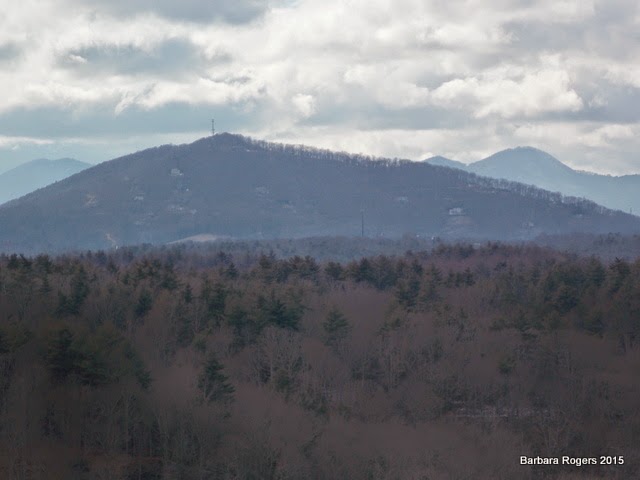 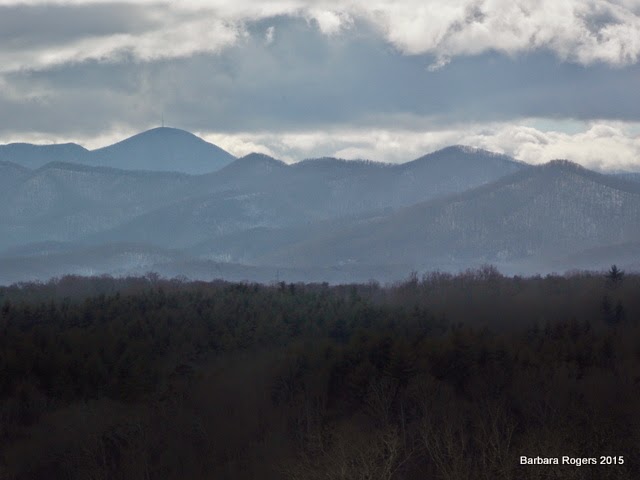 I'm thinking the high one on the left side is probably it.  So let's do some cropping of the original photos and see what we get.

It's a bit cloudy and we had rain by 5 pm, but this was the best that I was able to capture.

Posted by Barbara Rogers at 9:00 AM