More of a boarding house 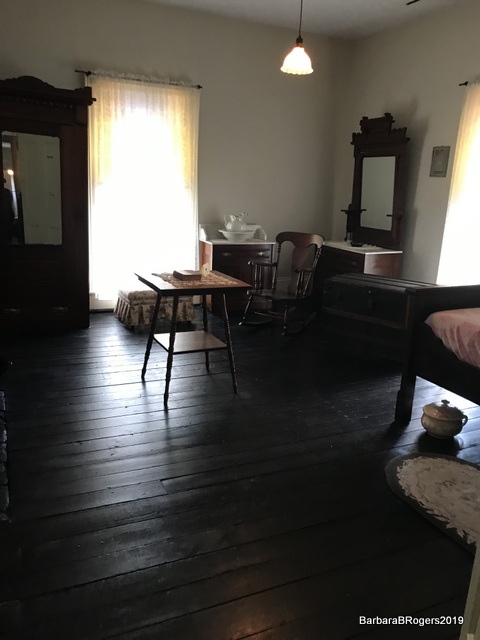 Our guide told us that Julia Wolfe was, above all else, frugal.  These are the original furnishings in the home, but where there was floorspace, sometimes cots were brought from the basement to rent more sleeping arrangements. 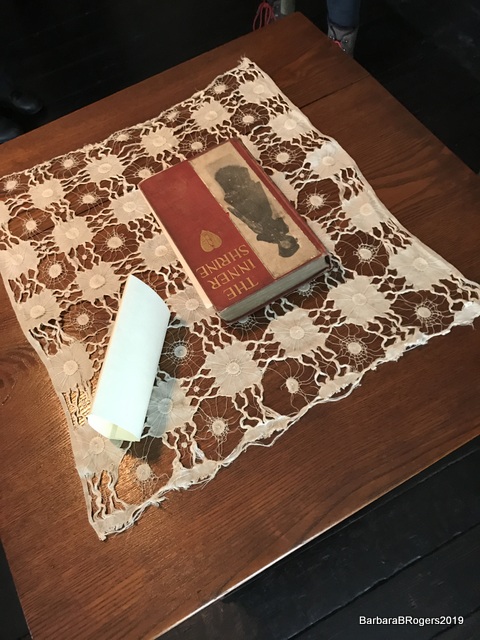 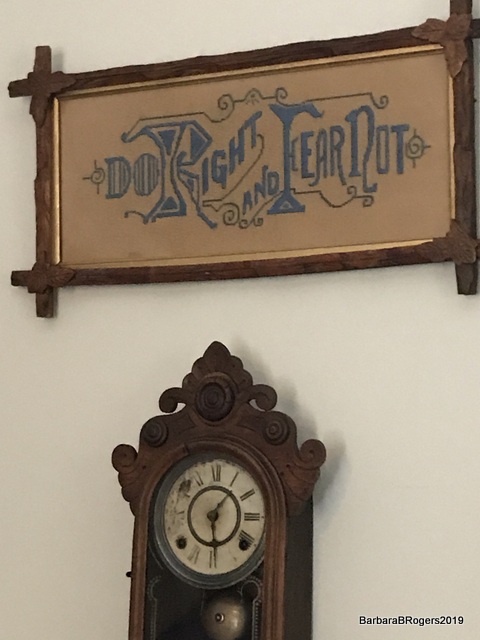 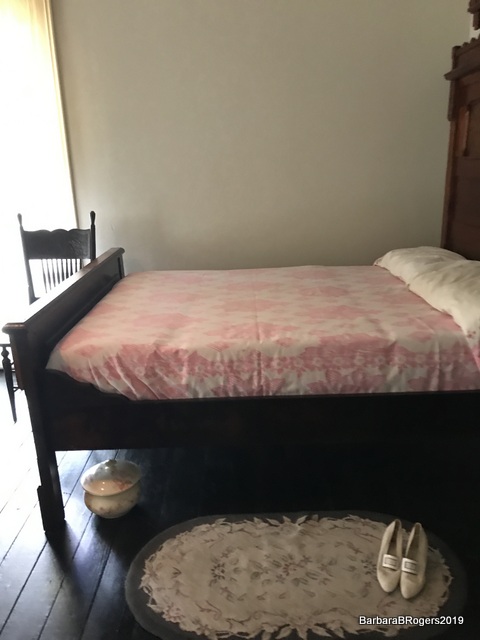 This room reminds us that there was limited plumbing installed, as a chamber pot sits below the bed. Boarders had to empty their own chamber pots. An outdoor privy was available also, but was moved several times over the years, and has not been excavated yet. 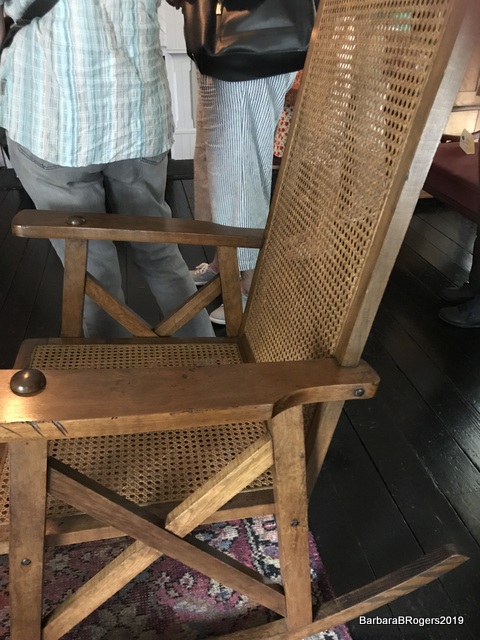 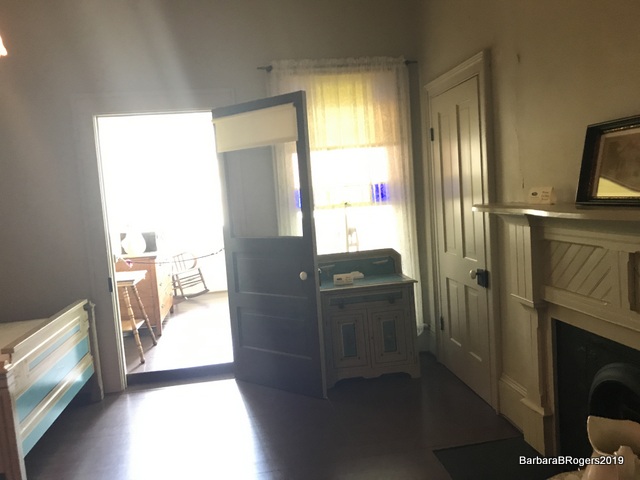 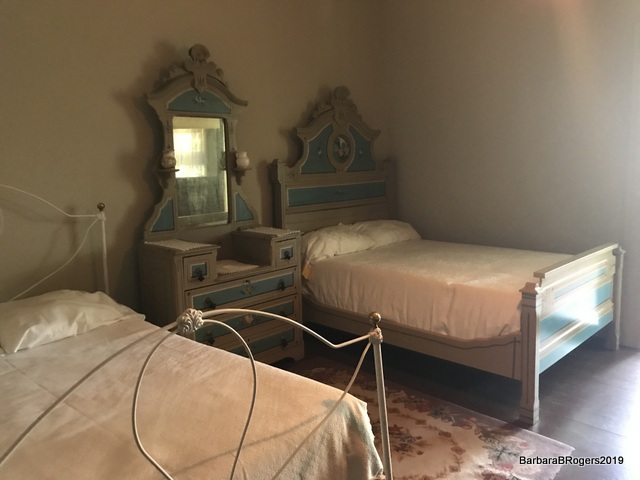 The turquoise painted bedstead had been Mrs. Wolfe's bedroom suite before she opened the boarding house.  It was damaged in a fire a few years ago, so when experts looked closely they were able to match the paint in reconstructing it.  It was among the many beds that Mrs. Wolfe sold to boarders at $1.00 a night, including 2 meals. 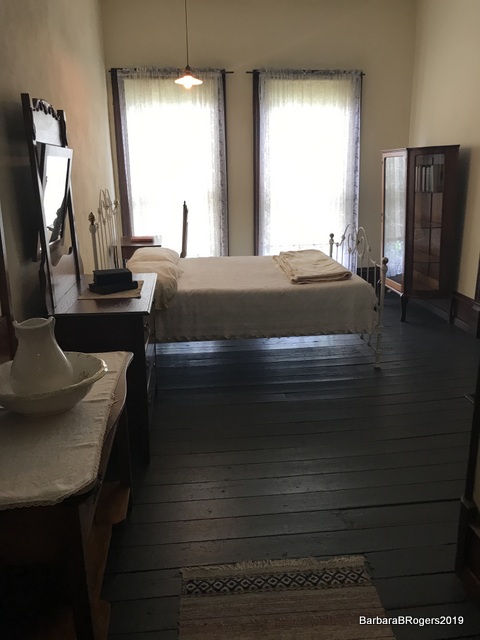 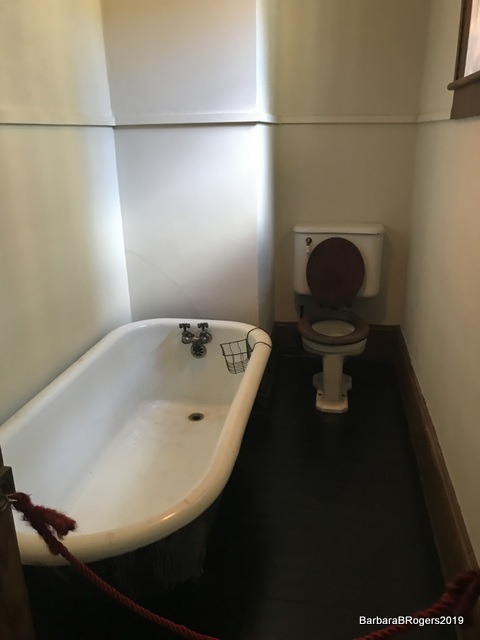 Three tubs, and I think as many indoor toilets were eventually added while Mrs. Wolfe was running the Kentucky Home (aka Dixiland in Look Homeward Angel.)