On my way around town 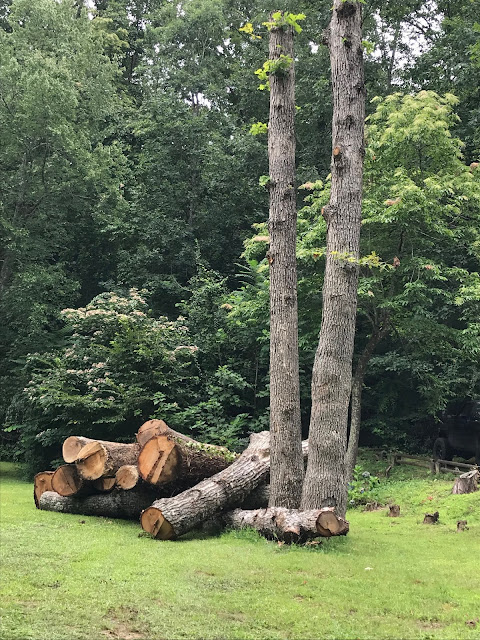 Apparenly the tops of trees have been taken off.  It will be interesting to see what happens to the remains. 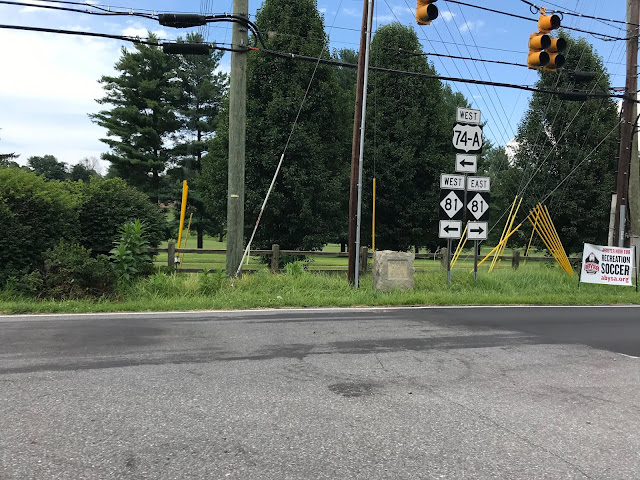 I took a different route shopping in Asheville, and saw this old stone marker at the juncion of US 74 and US 81.  I actually was close enough to read the top lines...and lucky enough to get a good picture. 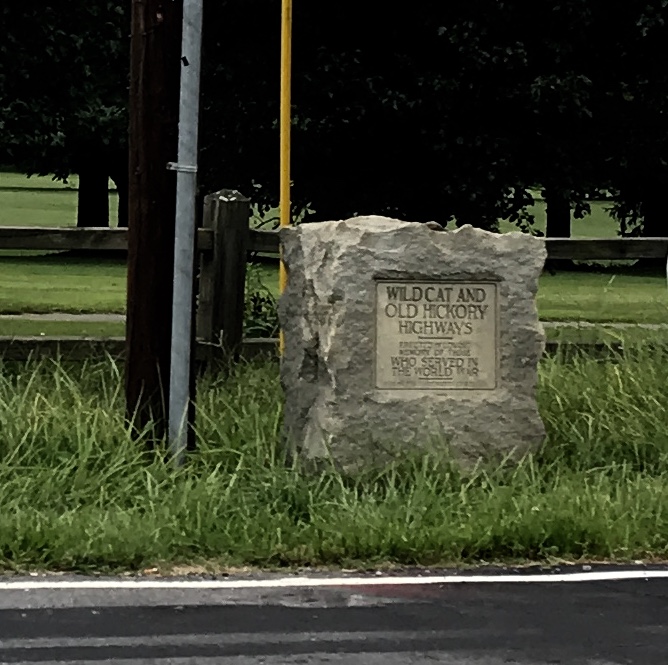 Wild Cat and Old Hickory Highways - Dedicated (?) in loving memory of those who served in The World War.

I couldn't enlarge it enough to find a date...but to only say "The World War," it has to have been installed just after WW I...let's say 1923-1927 probably.  And which was which highway? I think Old Hickory would have been the one headed east/west...as Hickory is east of Asheville, so it gets US 81.

Wild Cat highway is certainly an interesting name...and Highway 74 goes off into the mountains south of this junction, crossing under the Blue Ridge Parkway a few miles from here. I'm not sure where it's west might be, except toward Asheville.  And it even has a suffix designation of US 74 A.

The maps could tell, but I'm more interested in thinking of these roads not even paved in the early 20s.  And those old cars that could go through such mud and ice...oh my.

Incidentally, the land behind these signs constitutes the Asheville Golf Course.
Posted by Barbara Rogers at 1:00 AM