The heart of the boarding house 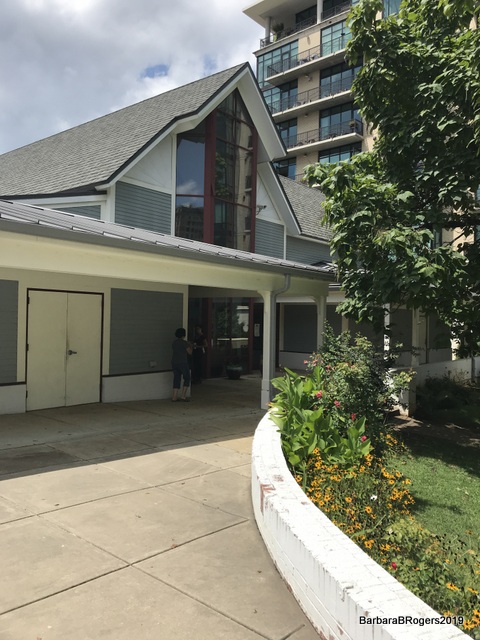 Thomas Wolfe Memorial Museum is tucked in between hotels and the theatre in downtown Asheville. 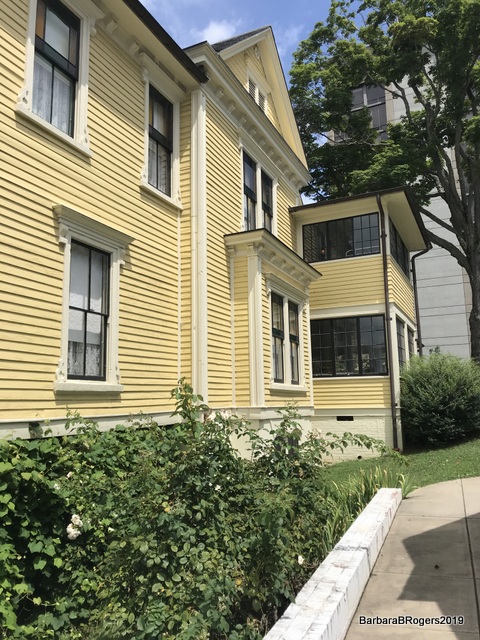 The original boarding house of his mother, Julia, still stands. After a fire a few years ago which damaged mainly just two rooms, it has been restored as it was when last people were sleeping there for $1 a night including 2 meals...what now would be considered a B&B. 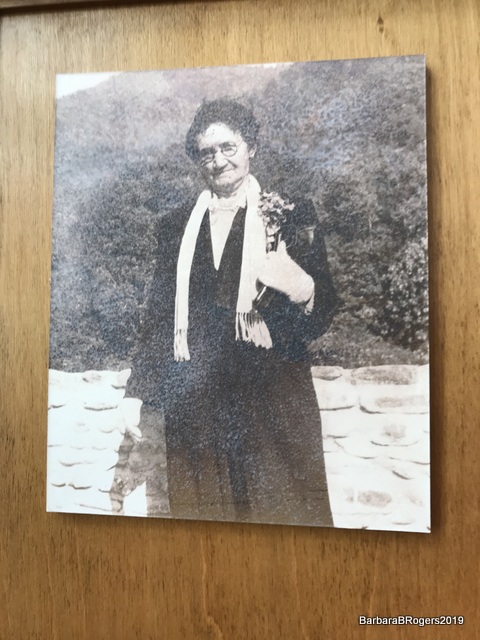 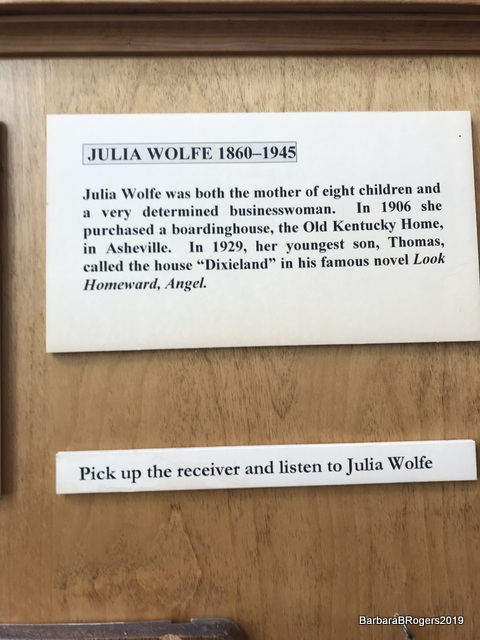 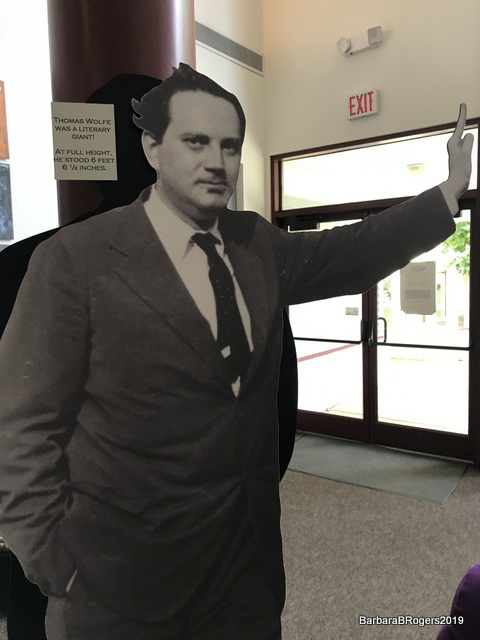 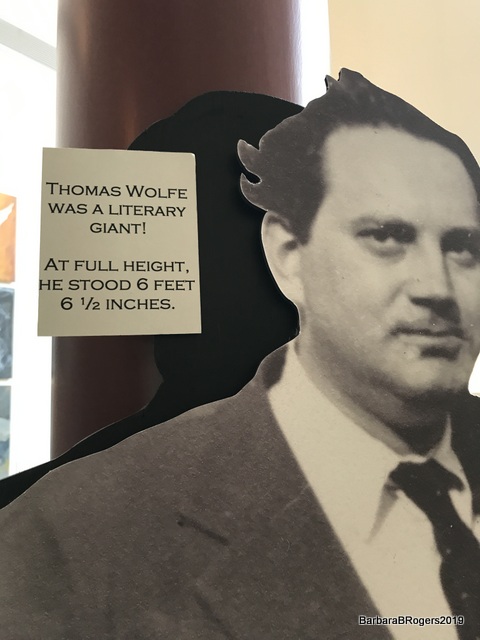 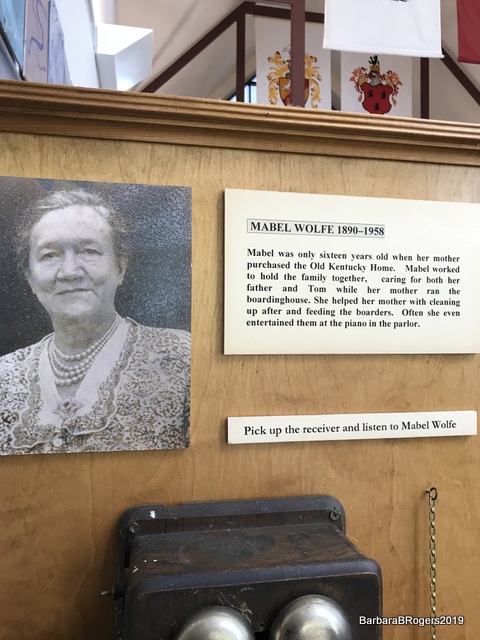 I admit I didn't listed to the recorded voices. You can go there and do it yourself! 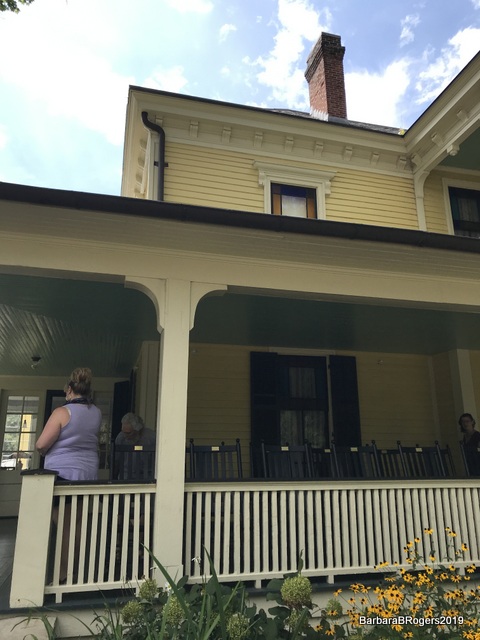 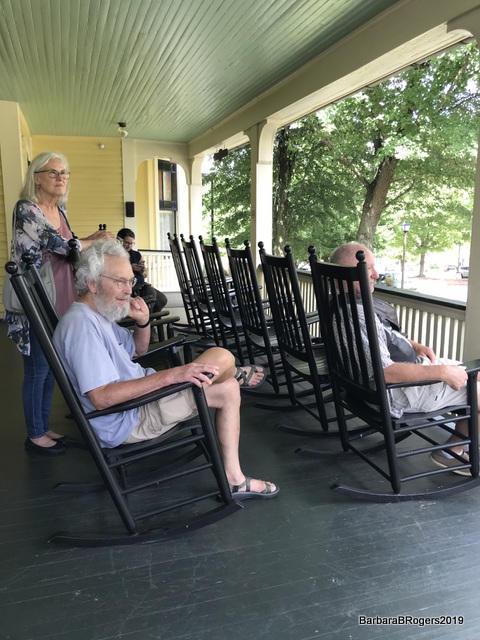 We enjoyed the porch with so many rockers! 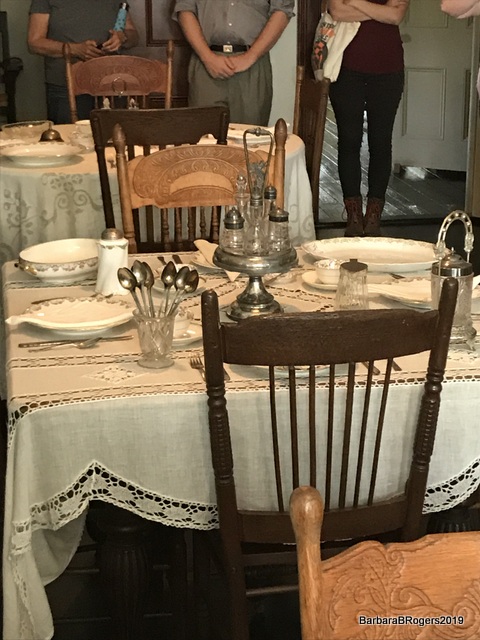 The dining room has period furnishings, but most were not the original ones from the house, having been damaged in the fire. 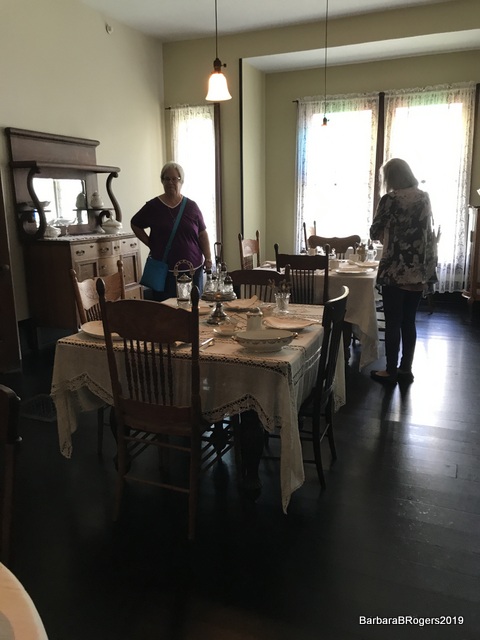 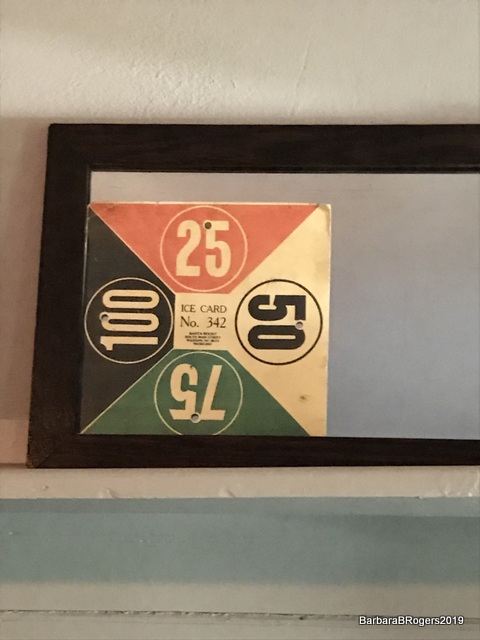 When ice was delivered, people would put this card in the window to order how many pounds they wanted. 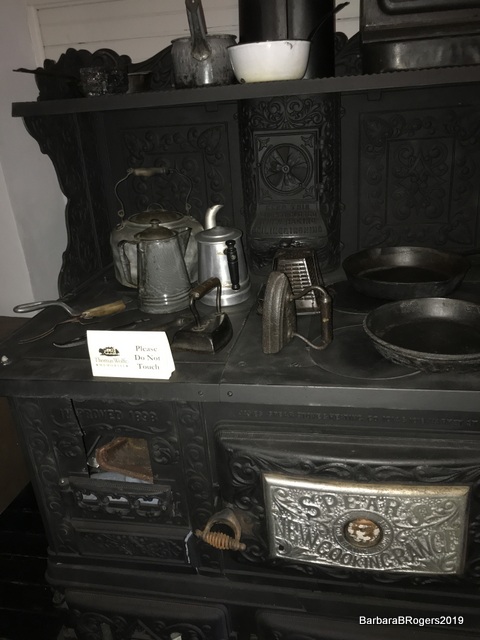 The coal burning stove in the kitchen. Not all that big when maybe 20-30 people were going to eat twice a day from this kitchen.  Thomas Wolfe was highly critical of the food being served in his book. 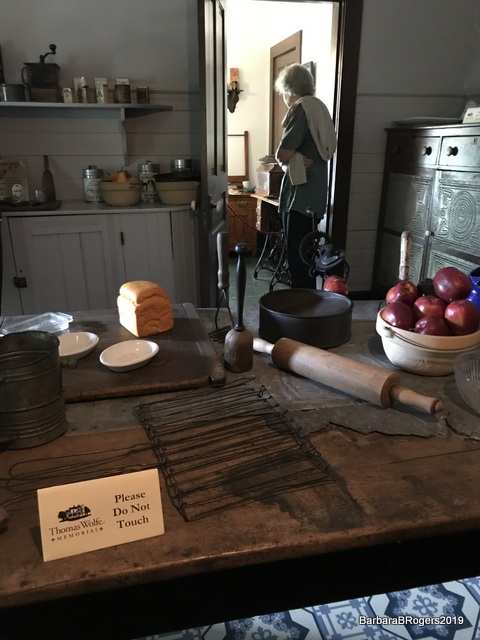 Looking past the center table, one of our tour-guests peaked into Mrs. Wolfe's bedroom 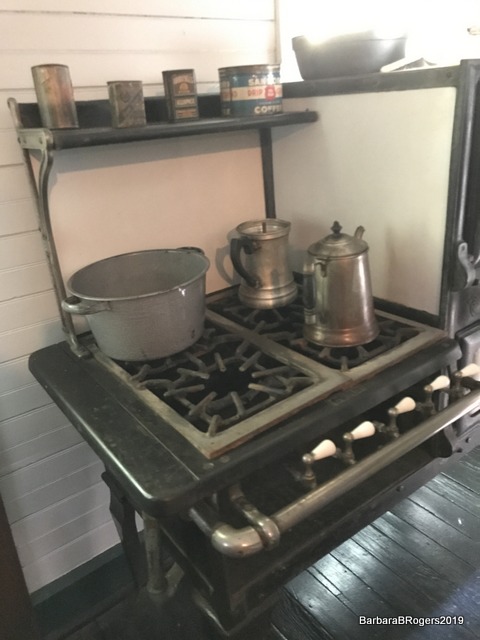 The other stove was gas. 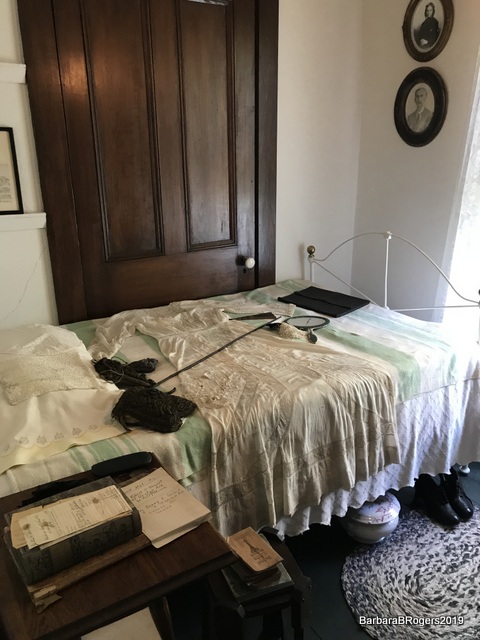 Julia Wolfe's own bedroom was right off the kitchen. 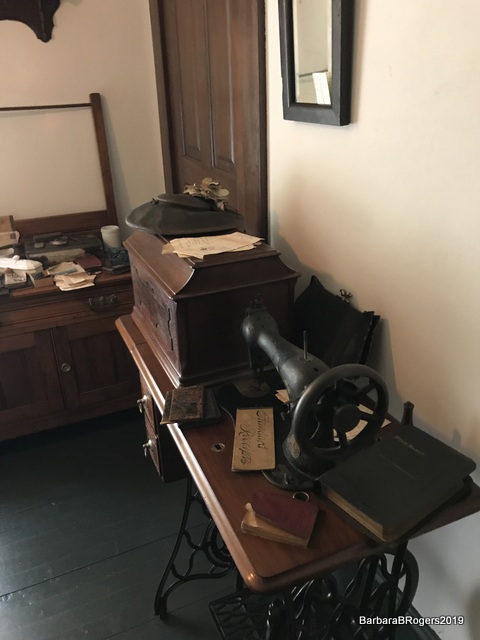 She had the sewing machine in her room. 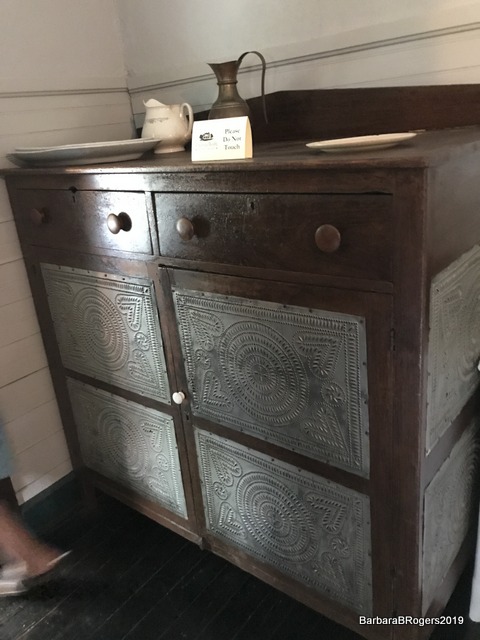 I imagine this pie safe was kept full of groceries...and perhaps some pies.
Posted by Barbara Rogers at 1:00 AM