What North Carolina used to stand for... 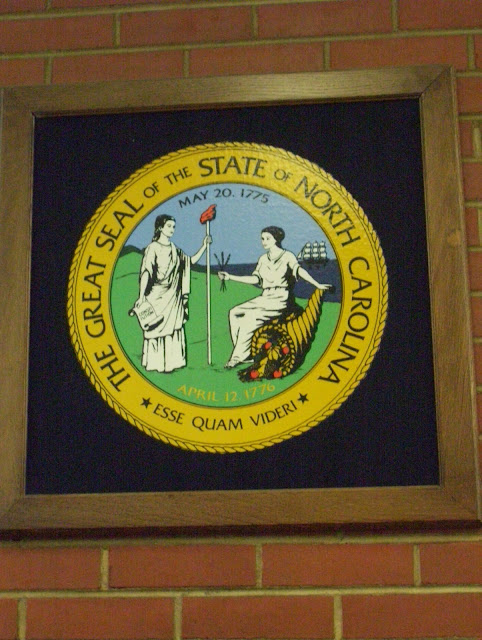 There is is, Seal of the state of North Carolina.

I'm sharing this post with Sepia Saturday, just for the fun of it.  I'm not exactly on the theme, but look at the women standing there...don't they remind you of someone?

OK, now to understand this Seal business.  Keep scrolling down. 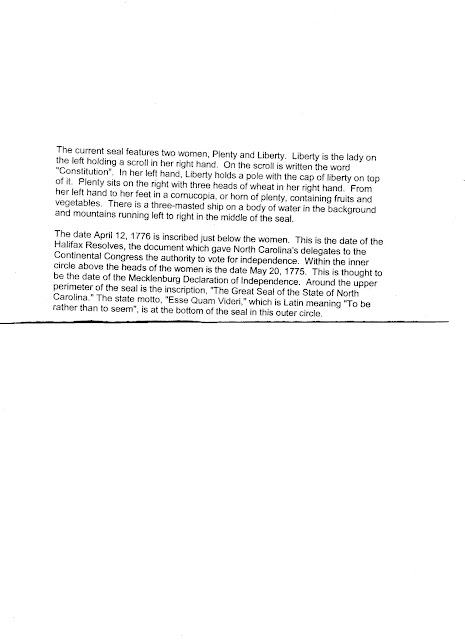 This seal commemorates meetings by important NC men (no women of course, remember 1775 and what women spent their time doing!)  But wait, one of those dates is "thought to be the date of the Mecklenberg Declaration of Independence."  Why don't they know, if they have it on the seal, and the flag?

I wonder if there's a secret about that date that only the "in" people know.

Oh well.  I just grin when I see "to be rather than to seem" as the state motto.  The republicans in our legislature are sure following that...being just whatever the heck they want to be.  If you haven't seen anything on the news about Moral Mondays, here's a bit of info to get you started. water-element, remembering-why, demonstrations-with-aging-hippies, and forgiveness.

If you live in another state in the US, what does your state seal represent?  I grew up in Texas and Missouri, and learned a little about what those states' histories were like.

The main thing in my mind today is, how does our current government represent those values?