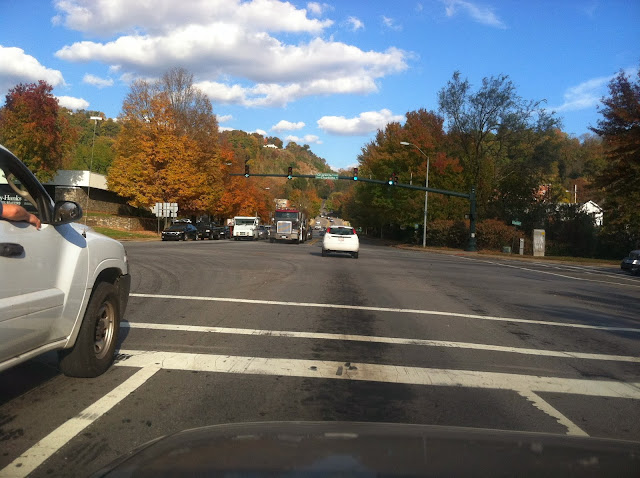 Charlotte Street is the cross street for Tunnel Road in Asheville, heading east. 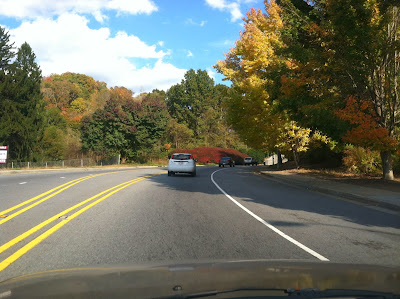 Head up a hill and curve to the right... 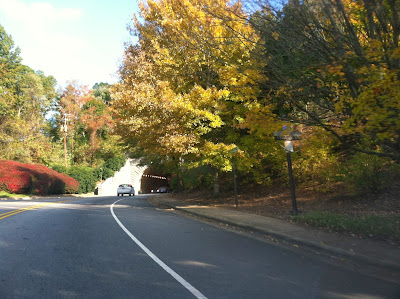 And there's the mouth of the tunnel itself. 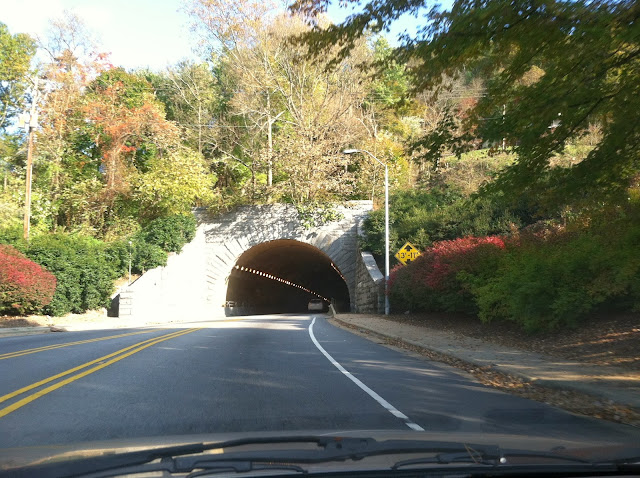 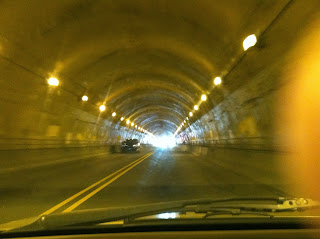 In Asheville, US 70 goes through a mountain.  When the interstate 40 people were working on a bypass, named 240, they kind of went over the same mountain...but the cut is sheer and still pretty deep.

I can't ever take pictures while driving it, so it will be some time probably before I can show you those rocky faces.  It took my breath away when I first saw it, and it's stupendous after a snow and the south facing rocks have icy drips everywhere.  So that's one of my goals for this winter...to pull off to the side and take pictures before a police car comes along.
Posted by Barbara Rogers at 1:00 AM