The lake around which I walk has an island, which used to be covered by bushes.  Ducks and geese, and perhaps the Canada Geese as well, would lay their eggs in the spring.  They attracted some of the next part of the food chain as well, mainly raccoons.  So often the baby waterfowl would disappear over night.

Then a few years ago, about the time the signs saying don't feed the waterfowl went up, the island was cleared of brush.

Doesn't keep the ducks from going out there.

And when I walked the circumfrence after the holidays, I noticed some other critters were parked there as well. 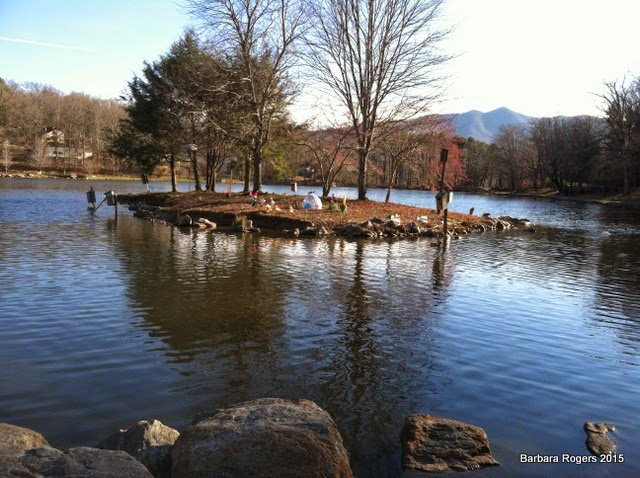 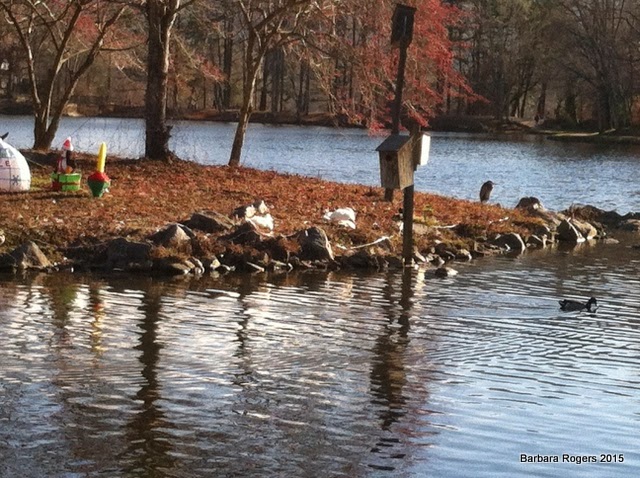 I'm happy to see a crane, as well as various other waterfowl, along with the silly fake igloo, etc, which light up at night.  The park closes at sunset, so I haven't gone at night to see them, and they have probably been dismantled by now anyway.  I did notice the lake didn't have it's customary Christmas Tree of lights out in the water this year.  Times change.

Today's Quote:
"Like a shadow that does not permit us to jump over it, but moves with us to maintain its proper distance, pollution is nature's answer to culture. When we have learned to recycle pollution into potent information, we will have passed over completely into the new cultural ecology."