Rennovation of an old house I've followed for the last year, across the street.  (Look at this post for a summary.)

It was 38 degrees when I took this first photo, Jan 22) and the guys were pretty chilly.  Then the owner/supervisor came, in just a sweater, put one hand in his pocket of his jeans, and walked around with the construction workers following like he was the chief rooster and they were his hens.  Kind of the same walk too.

The folks moved into the renovated house while I was away before New Years.  Outside construction has continued, with a fieldstone facing on the foundation around the front porch, and the chimney topped off where it used to be ragged broken bricks.

Anyway, here's what the new house looked like when I woke up...with a little wood fire providing some warmth for hands occasionally, (the smoke comes off the little dark pile just this side of the guy in the orange hoodie.) 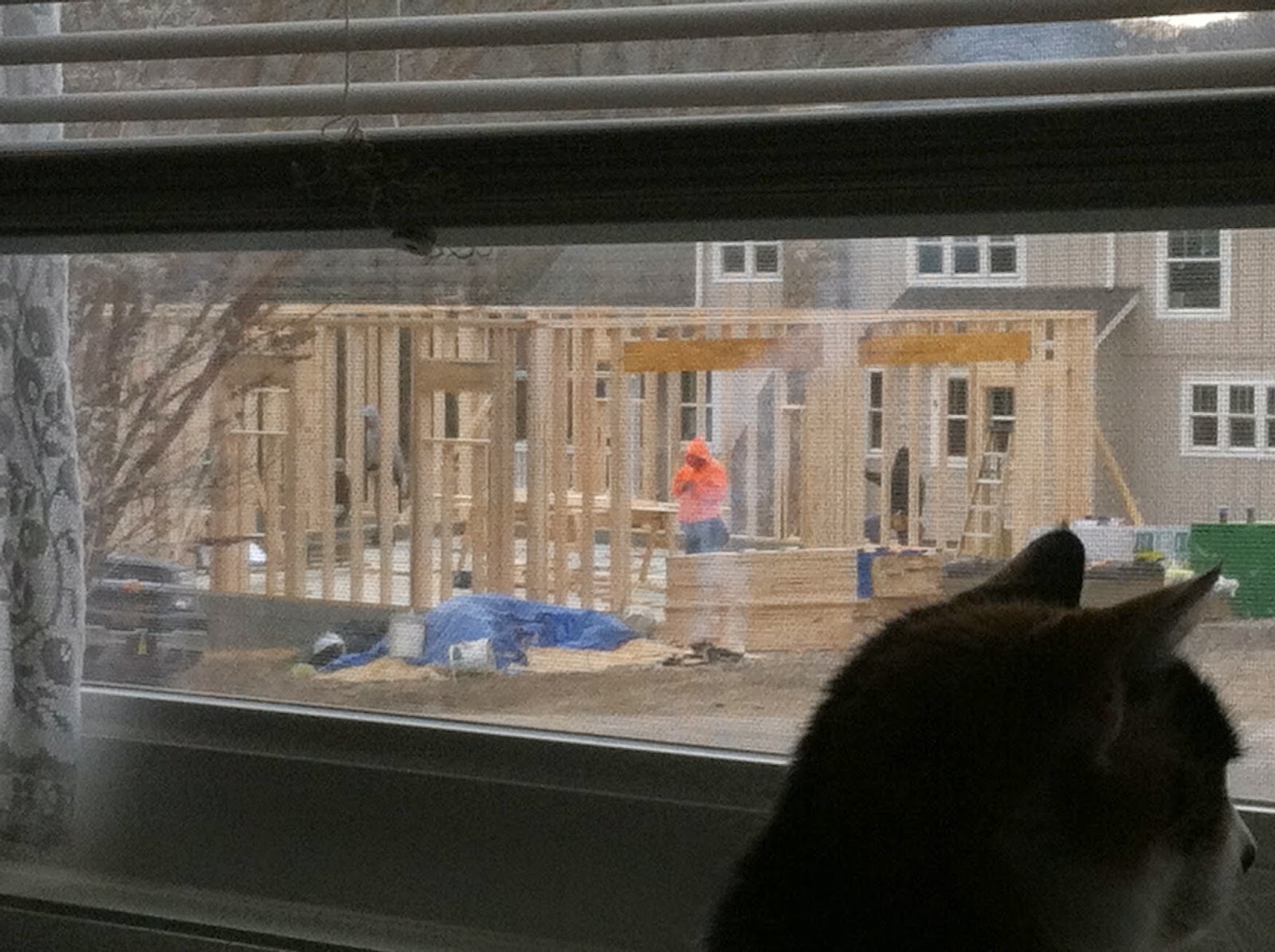 Panther cat and I were enjoying being inside.

You may have remembered me talking about the foundations of the "little house" on the smaller lot closer to the corner.  I noticed the framing of 2 garage type openings on the side near the driveway...was this to be a garage or a house?

There were stacks of plywood and rolls of roofing...so I figured they wanted to get the outsides weatherproofed before the rains that may come this evening, turning to snow sometime tomorrow possibly.  They have really been going like crazy for the last 2 hours. 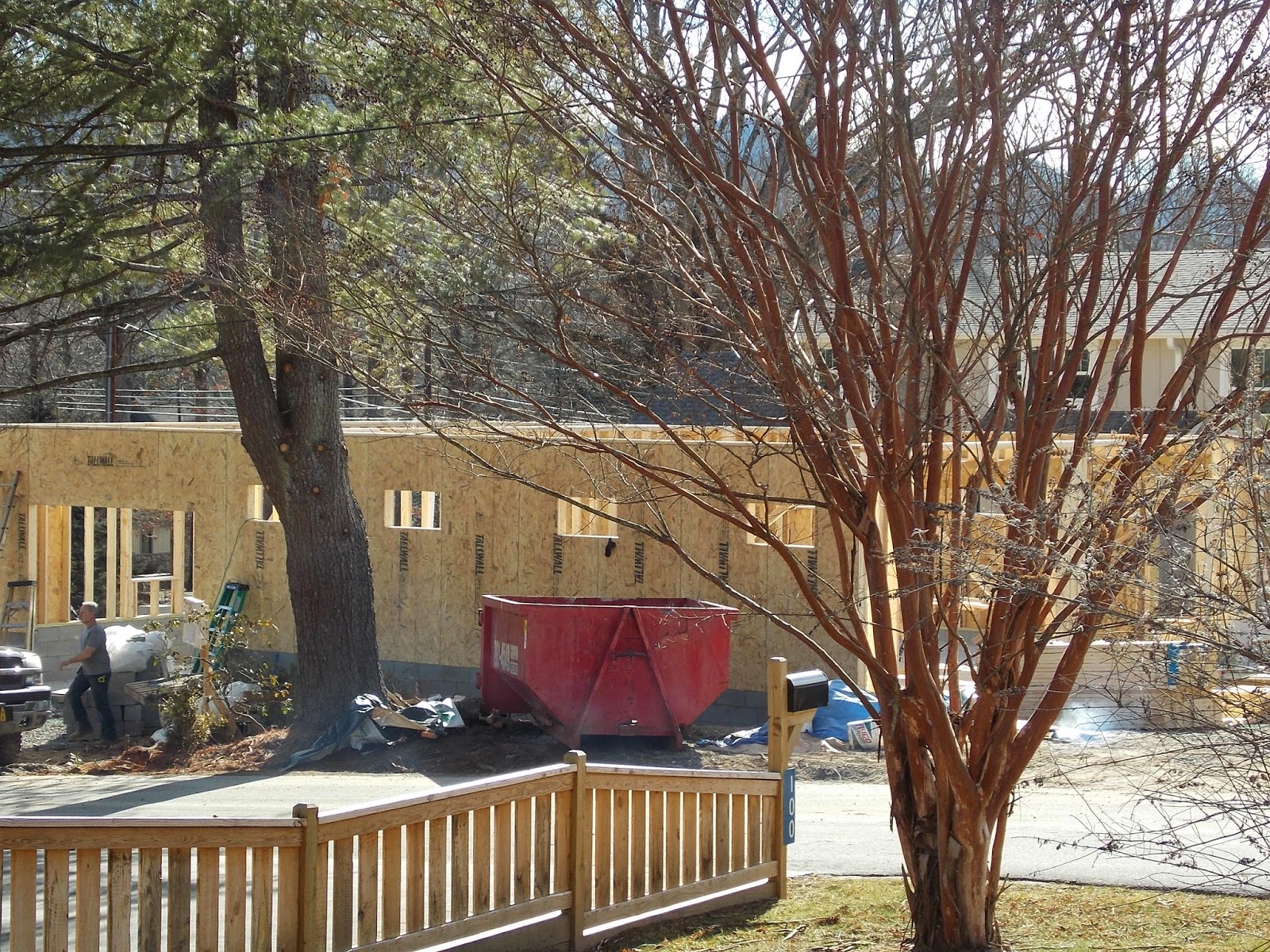 and when I got home at 4, the guys had left! 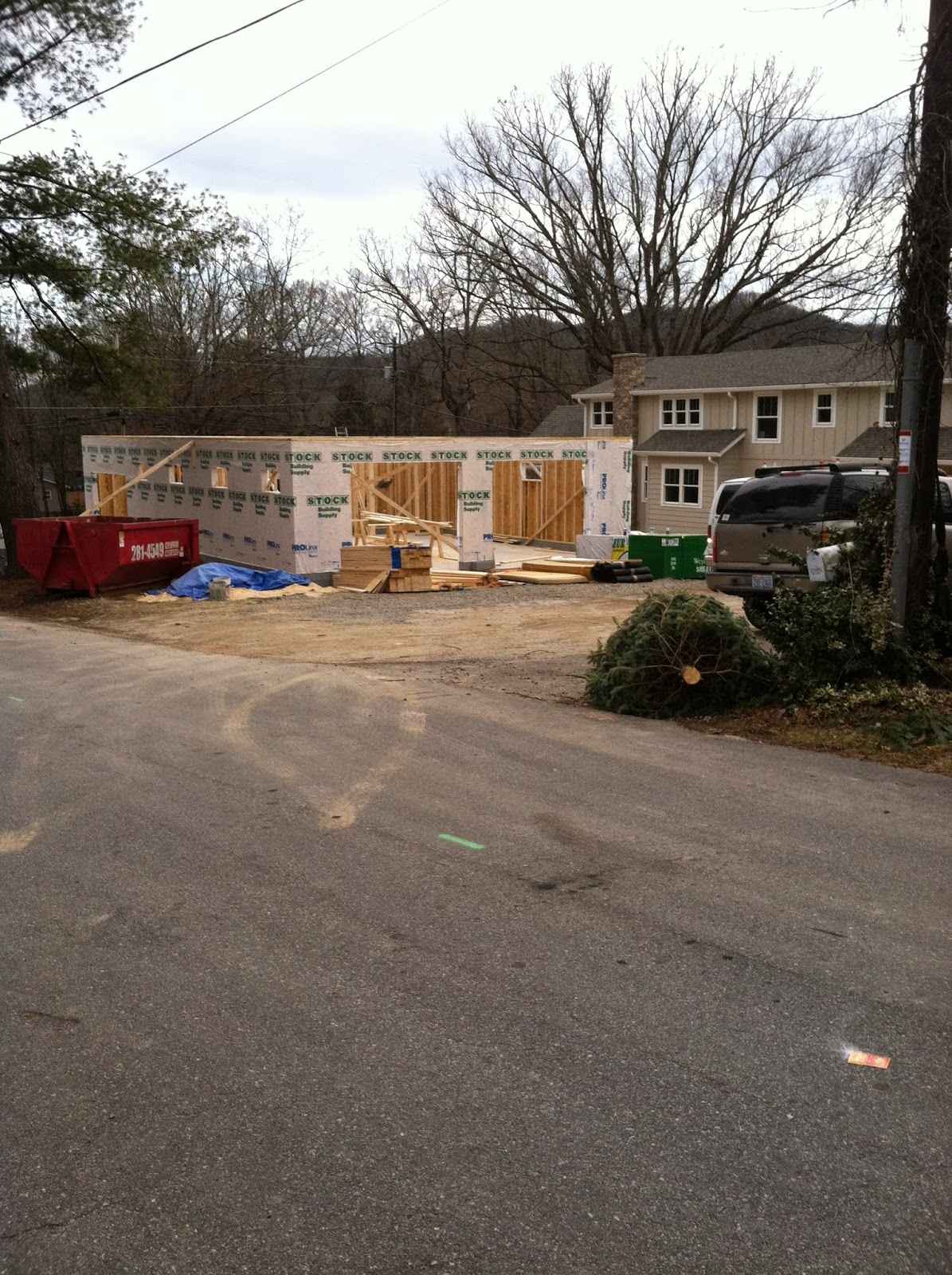 All framed in, and some plastic coated something over the plywood...no roof however, and we're due to have cold rain all day tomorrow.  Guess they will have the day off.


It is never too late to become what you might have been.
George Eliot
Posted by Barbara Rogers at 1:00 AM