Last winter I started shooting photos of the work across the street, whenever I noticed any big changes. In February it all started, and I shared HERE.

Ten days later HERE much of the weedy undergrowth had been cleared, as well as an extraneous concrete building.

By the beginning of March, tree removal was in full swing as I showed HERE.  This tree was 150 years old, but diseased in places. 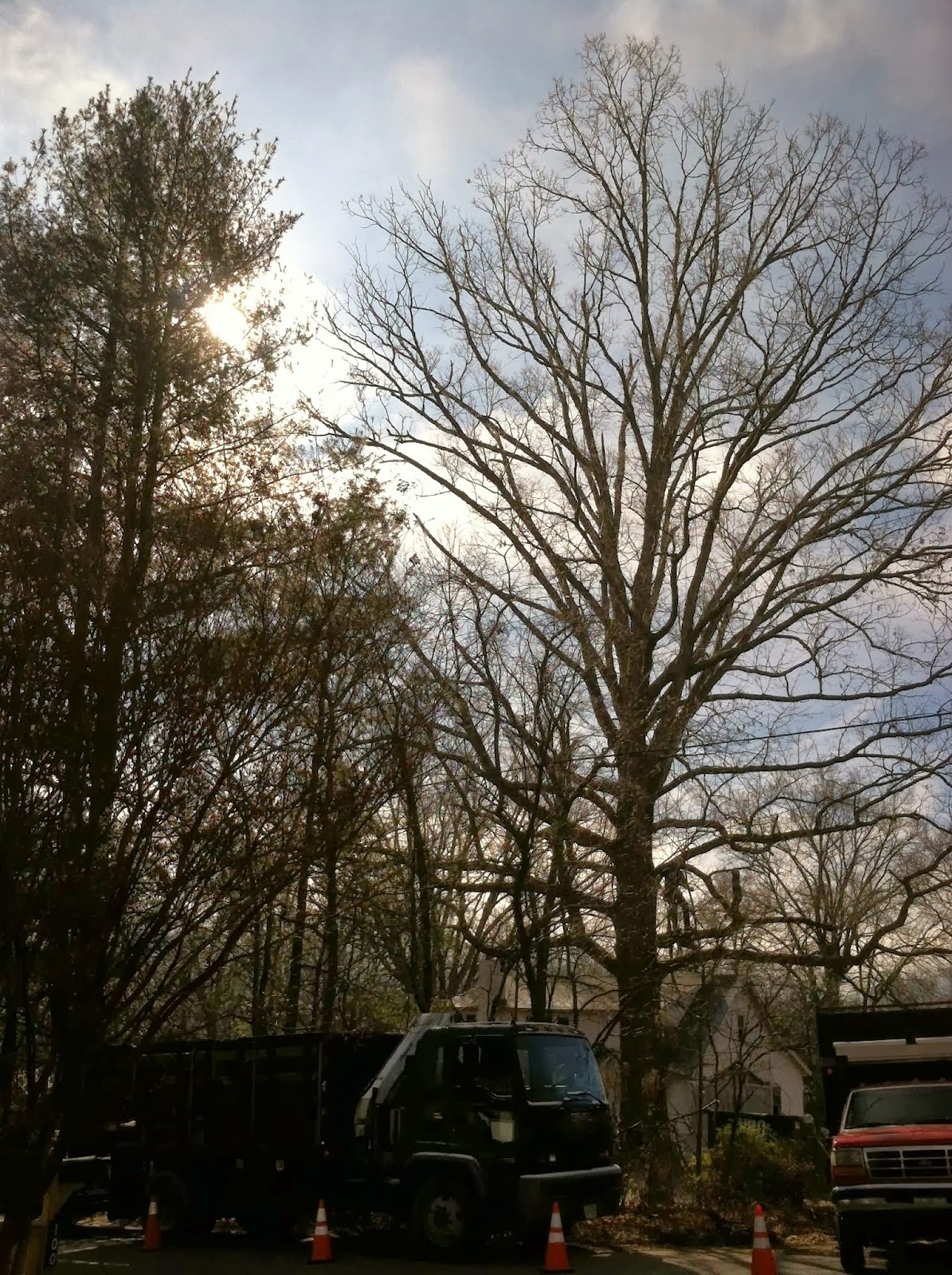 March 19, the old kitchen wing had been removed and a new one was begun.  The huge stump remained through the summer. 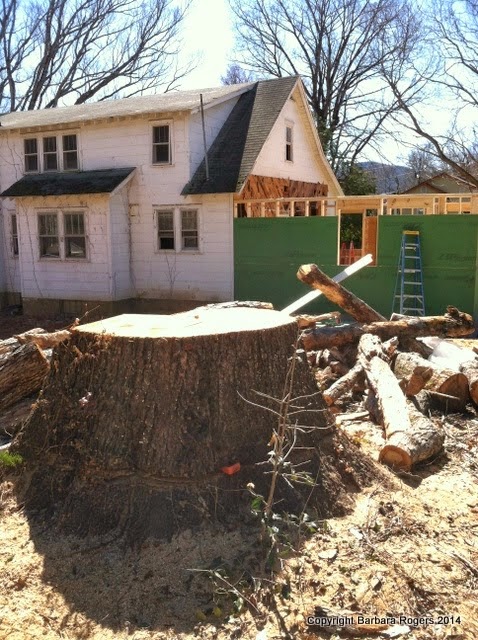 End of march and a second floor was added to the new kitchen wing. 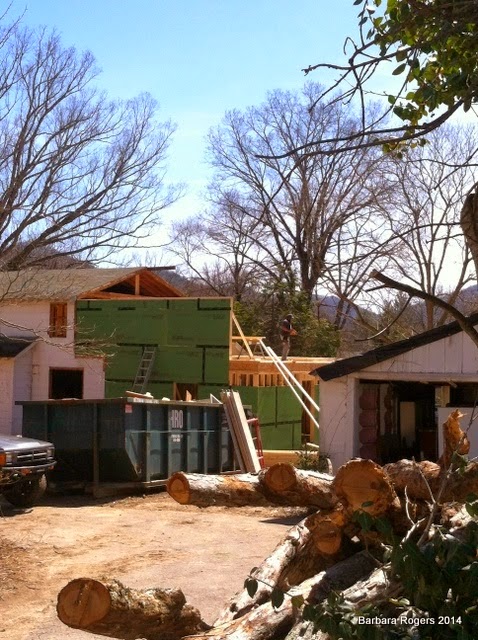 One of my biggest complaints about this neighbor was a garage facing my front door, open and full of junk.

Here were a couple May's shots: 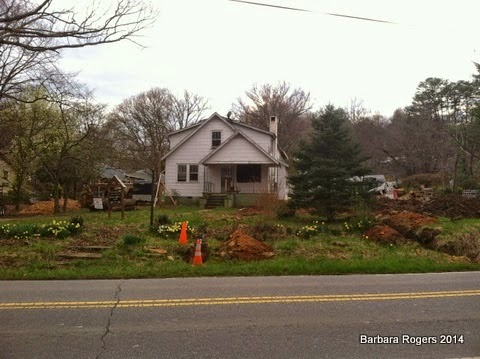 The daffodils have all be shoveled away after these last photos of their blooms at the front side of the house.

The old windows were removed, and new ones hung... 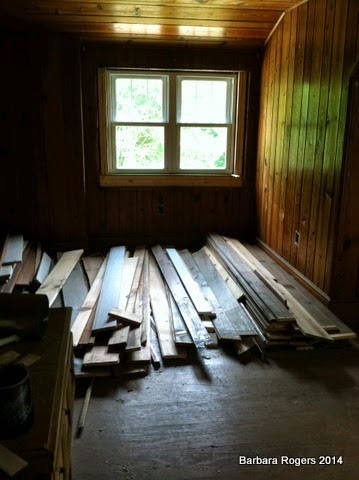 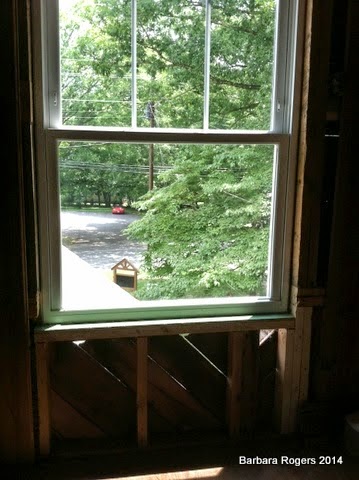 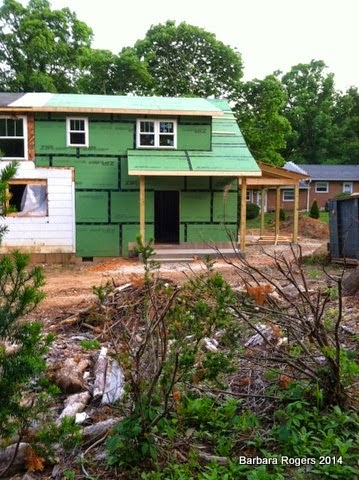 New walls, new roof, new windows. ..new paint outside, and I stopped going inside when the doors were installed. 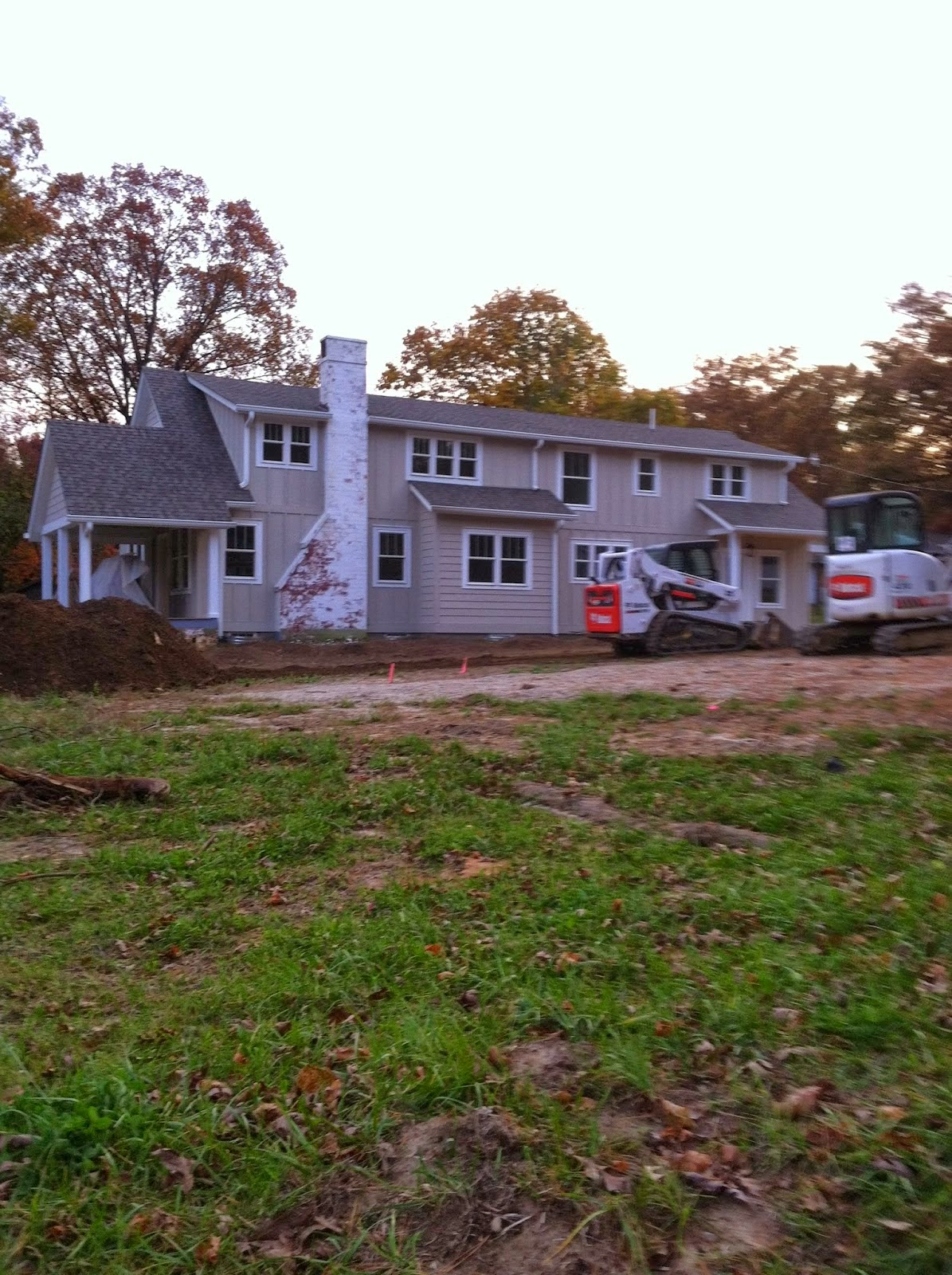 And the chimney was refaced with stone, almost all the way up. 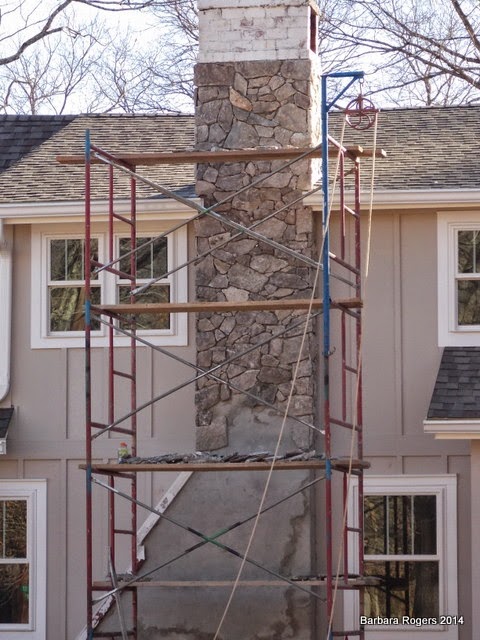 On Dec 8 there's a new foundation dug and concrete poured in the empty space between the existing house and the corner.  This apparently is another lot, with a small house planned for the "in-laws" of the young family that is renovating the older house. 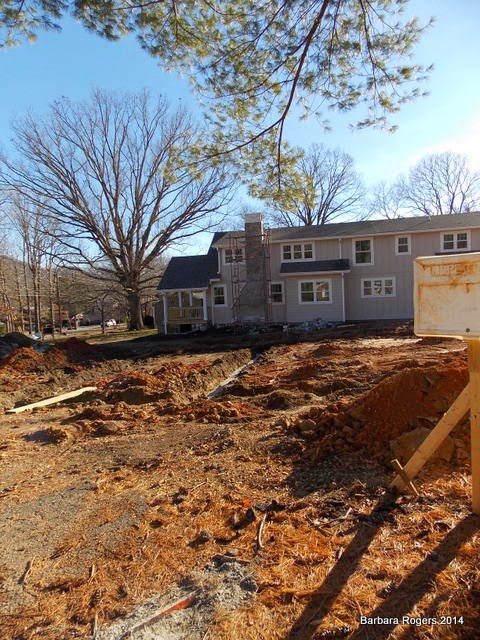 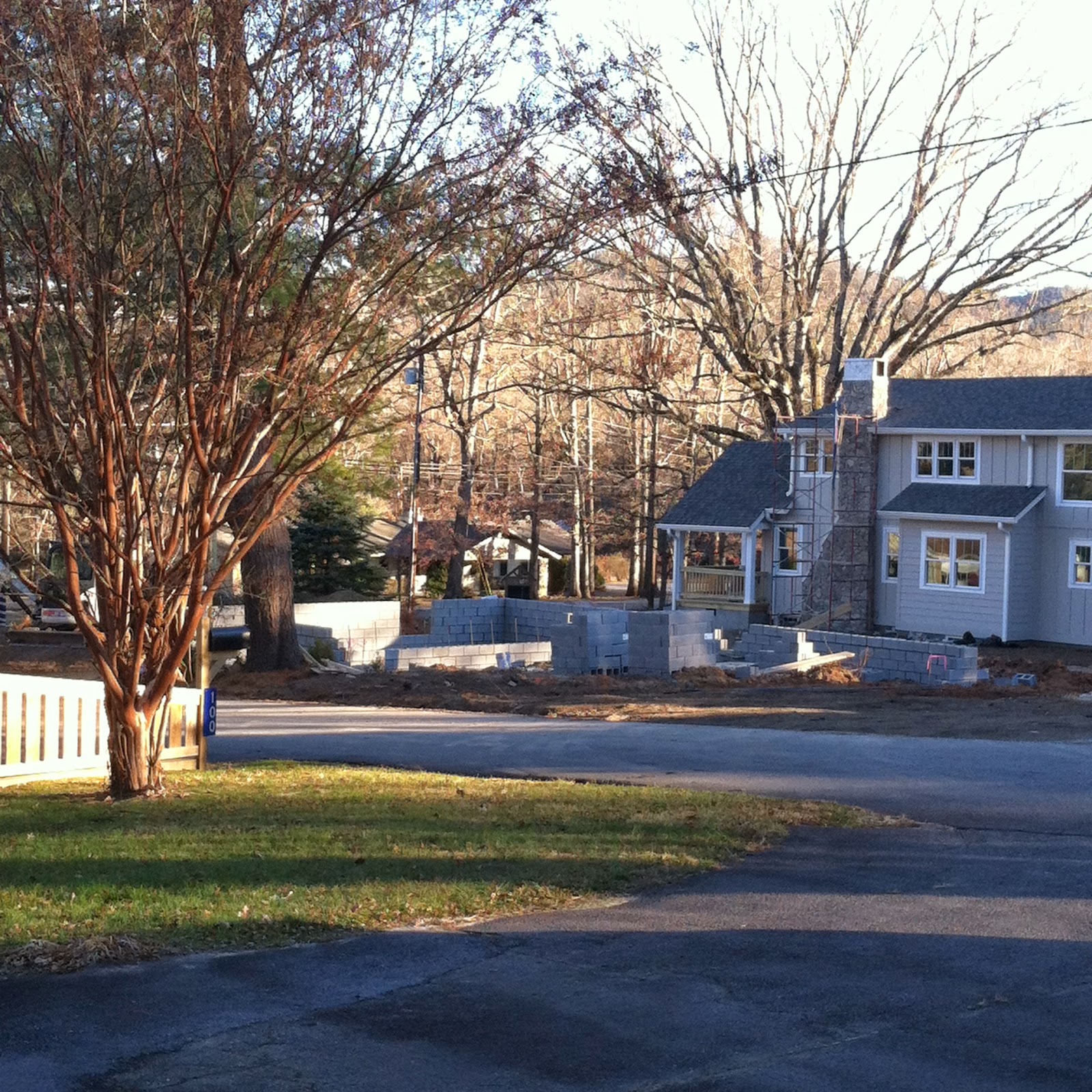 By Dec 13, there are some interesting concrete block walls going up.  Then on the 16th the middle highest section had the top 2 courses of blocks removed.

I'll wait till the construction guys go home before taking some more pics, to update the ongoing saga which means various noises every day.  I'm glad these guys get to move dirt and tear down trees, pour cement, and build block walls, since they are at it almost daily...and it seems unlikely that they have a floor plan to follow.  I think they just like to build, tear down, build again.  It is grown-up sand-box work, or so it seems to me!

As of Dec 17 this is what my view provides: 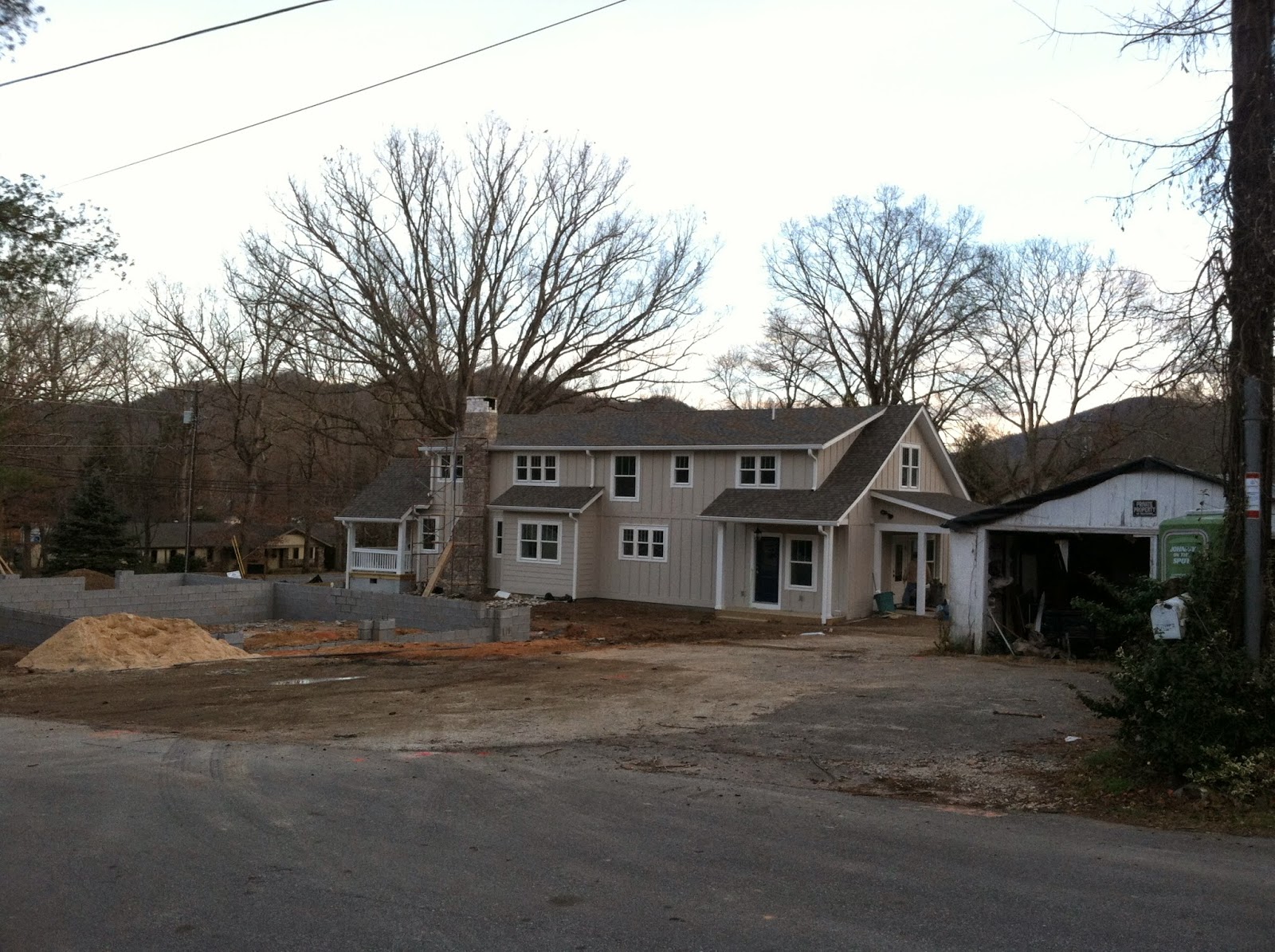 So I've lost the softening of old growth trees, kept the ugly derelict garage full of junk, and added the sound and sight (but fortunately not the smell) of a porta-potty.  Can't wait to see what next year brings!

Email ThisBlogThis!Share to TwitterShare to FacebookShare to Pinterest
Labels: Rennovation