Trees off the dam 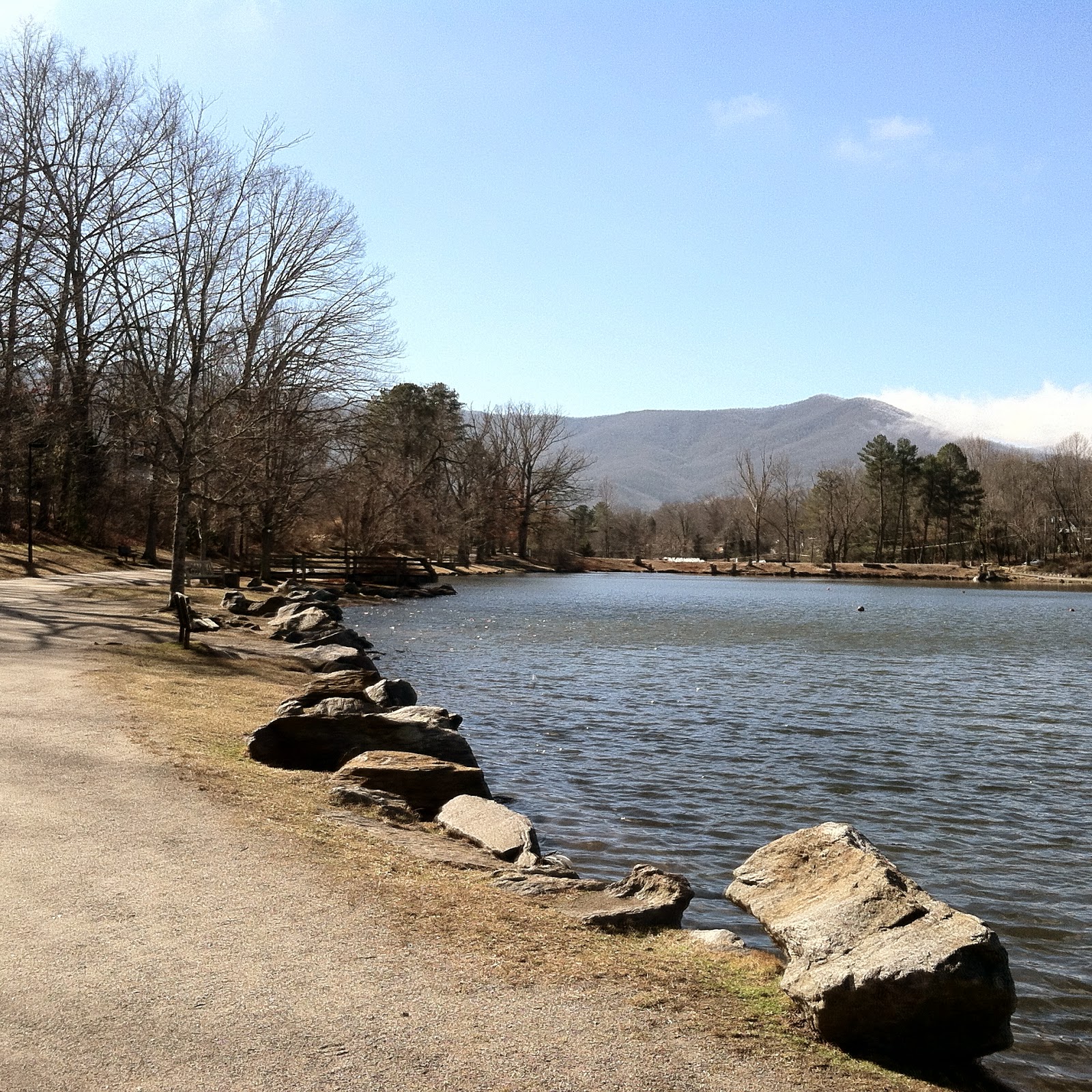 Looking toward the dam at Lake Tomahawk yesterday, there's an openness which used to have trees. 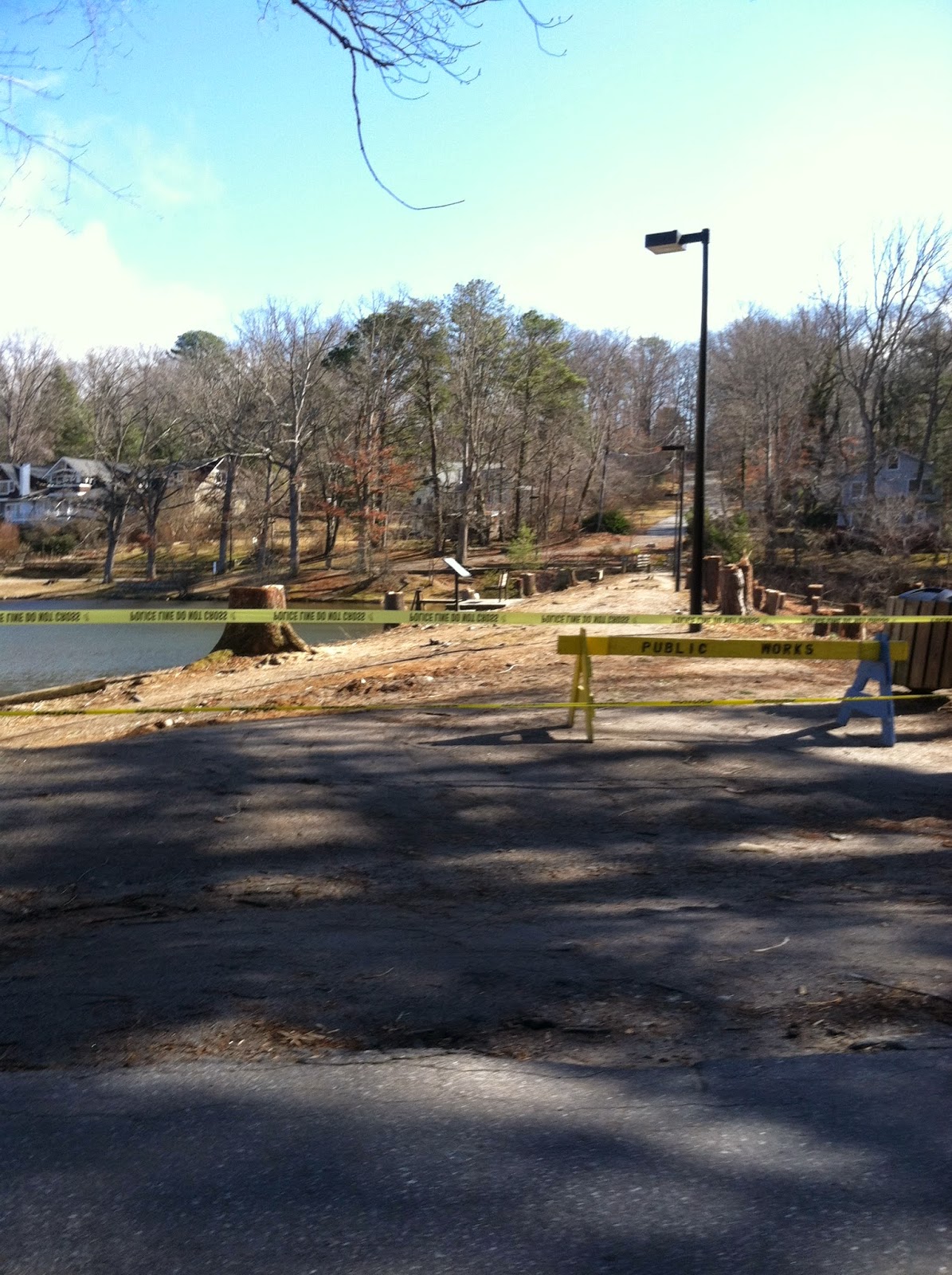 Approximately 50 trees are being removed, including their roots.  The lake will be drained in order to do this. 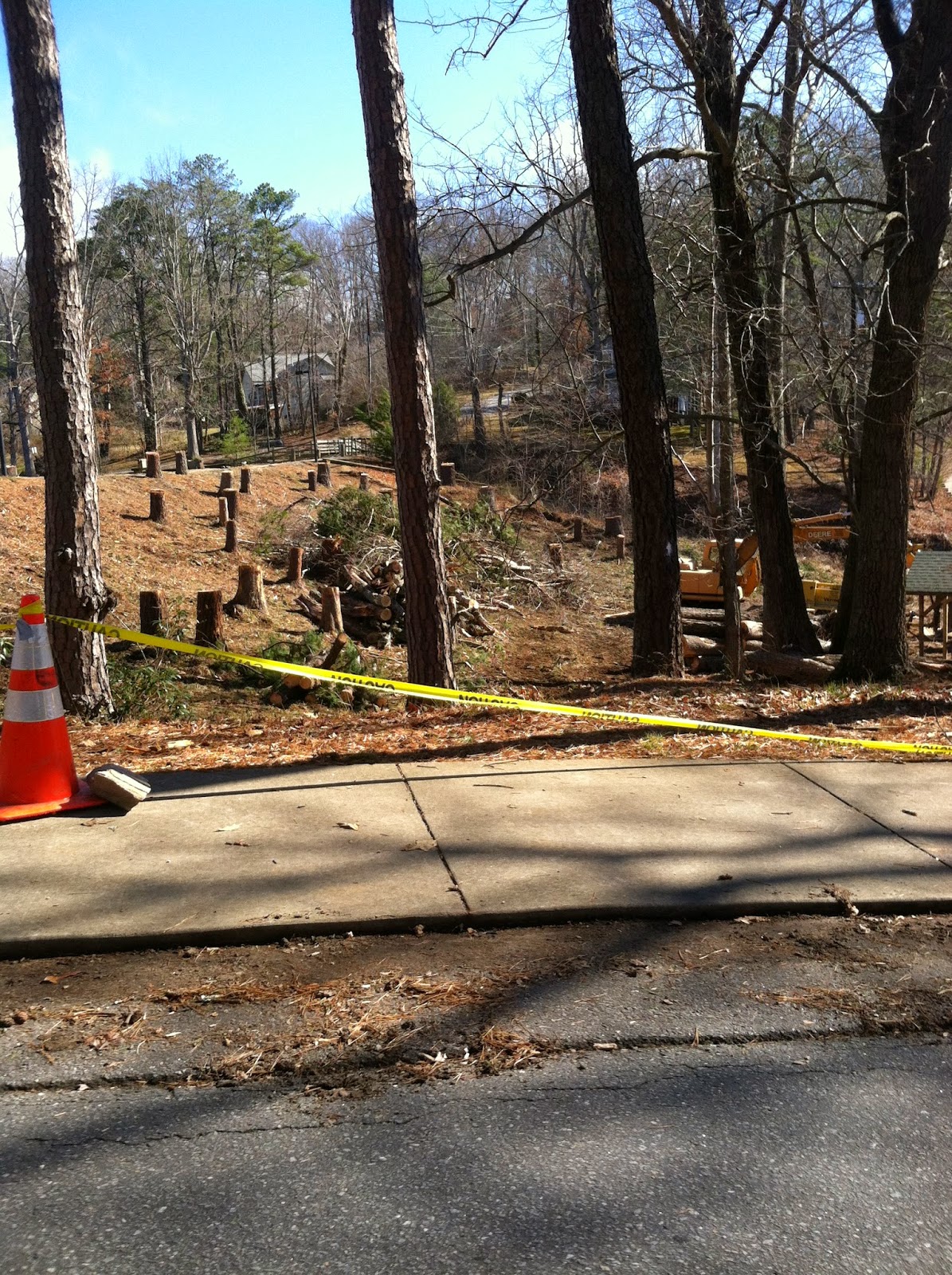 I wonder if these in the foreground will be spared, or just hadn't been felled yet. 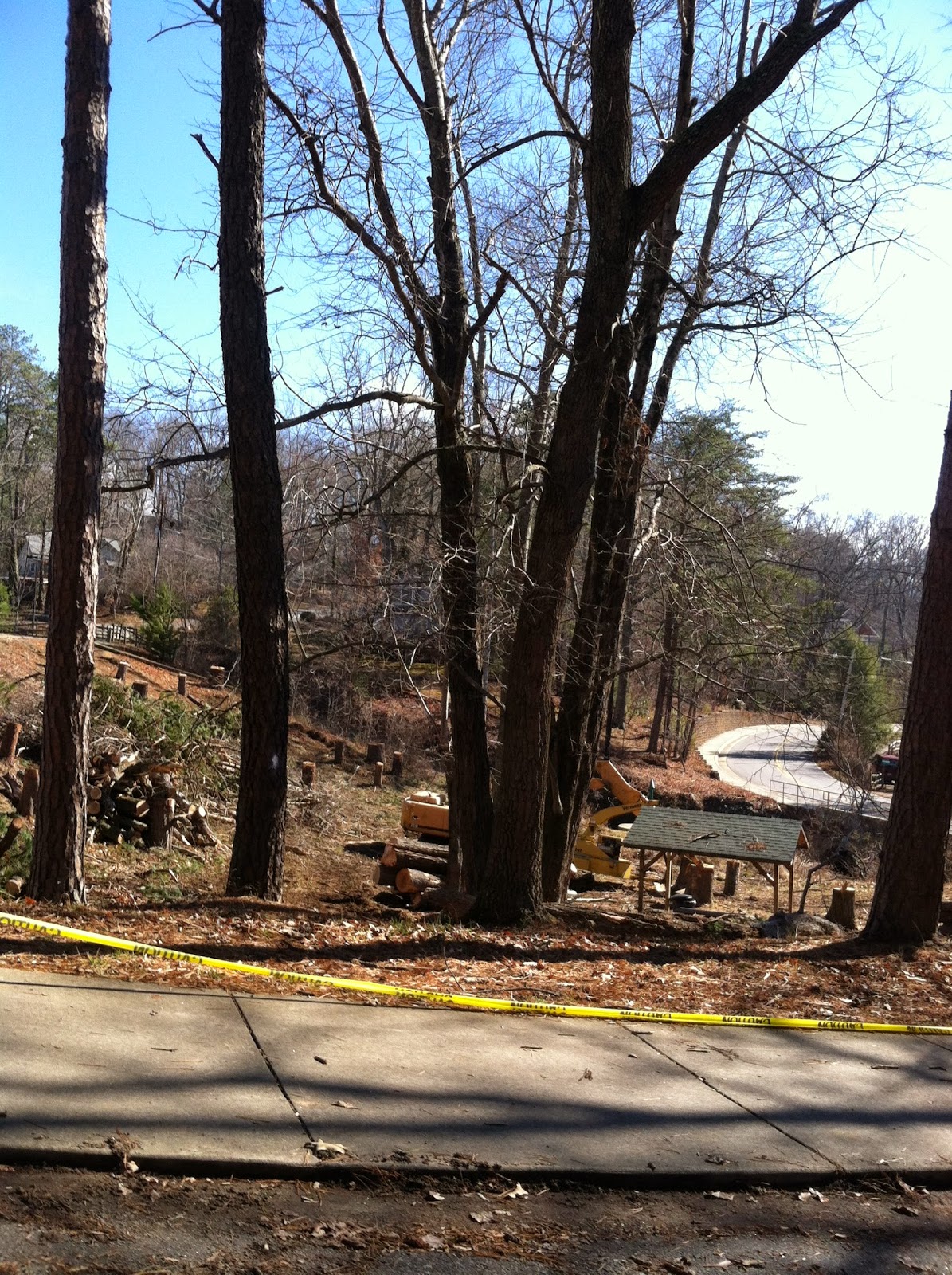 Apparently this is such a big event it's been covered in our local TVnews, just click here.
Here's the text of the TV clip...


LAKE TOMAHAWK, N.C. -- A major change to the landscape of one Black Mountain neighborhood has many people upset.


Viewers wanted to know why the town of Black Mountain was cutting down dozens of historic trees on Lake Tomahawk.


Crews have been working since last week to take them down after orders came from the Dam Safety Division in Raleigh.


Engineers are concerned these 80-year-old trees have such large roots, that if they died, it would open up issues in the dam and lead to a breach.


Now crews will be working through April to remove the stumps and roots, a project that will cost about $40,000.


"This looks like devastation, like Hurricane Katrina came through and knocked it all down," Black Mountain Mayor Michael Sobol said. "We do have a plan."


"Well it's almost like an operation," Ann Whisenant of Black Mountain said. "It's not very pleasant but it's something that has to be done."


Black Mountain's Beautification Committee is planning on transforming this site once the tree work is done, they'll be confined to mostly plants and flowers to avoid large roots


There was some concern that removing these roots, which have helped keep this land together for more than half a century, would compromise the dam.


Mayor Sobol says the crews will be removing one at a time to prevent any problems."

I'm  glad I read about it in our weekly newspaper, The Black Mountain News, a few weeks ago.

All the way to heaven is heaven.
Catherine of Siena
Posted by Barbara Rogers at 9:47 AM