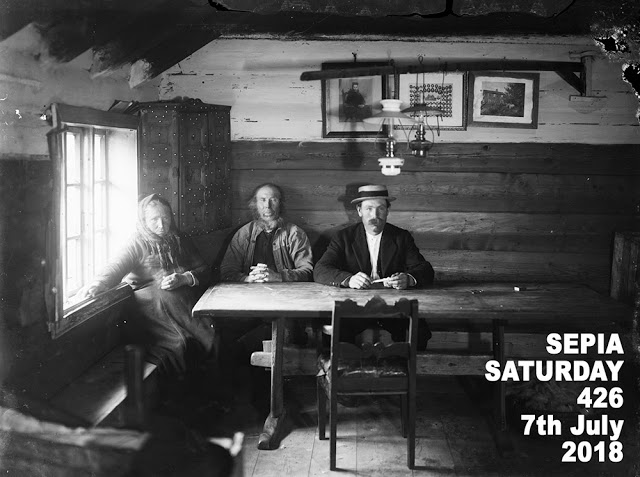 They may have no electricity, but there are
photographs framed and hanging on the wall behind the lantern.  Indeed, a photograph was being taken which used a bright light flash, (maybe one of those where some chemical was poured along a shallow tray then lit somehow when the shutter was opened.)  The flash cast a shadow, not only of the lamps from right to left, but of the man with the hat on.

And I notice the great swing arm of wood that the lamps hang from.  Someone was really a genius to have done that.  Come on over to Sepia Saturday to see what other creative people have come up with as triggered by this theme!

When my sister joined many other folks (lots from Florida) who wanted to go "back to living on the land" in the 1970s she moved into an old cabin (logs of course) in the mountains of Tennessee.  It was up a sort of dirt and rock road which had been scraped out by tractors.  They had a stream for water (not too close to the house) and no electricity.  She learned how to cook on a wood stove also.  The outhouse was the opposite direction from the stream, of course.  They later took a tractor and made a dam to provide a pond for livestock, mainly.

I visited her and was glad they had a really nice Aladdin Lamp over the dining table.  It reminded me of these oil lamps in the photo from Sepia Saturday.

Aladdin Lamps have a mantle rather than a wick, so can give off much more light, and are of course hotter than a wick fire is.  Since I was visiting in summer, I was glad that we turned in early, and didn't heat up the house with the lamp for very long. 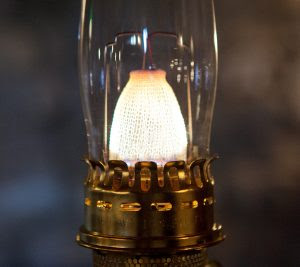 These lamps have a long chimney also, which helps draw the fire.  They are apparently still in business today, and there weren't any hanging models on the site I looked at.
--------------------

I'm sorry I couldn't get this to copy with the text and the pictures in line.

Other lamps use kerosene oil or lamp oil, and a cotton wick. 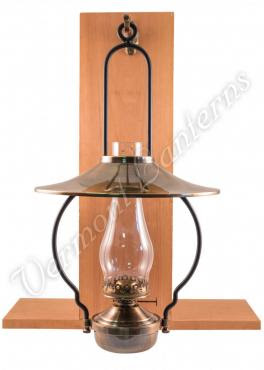 I used to always have 2 glass mantle "hurricane lamps" (that sat on a table) in case the electricity was out.

Have you ever camped out with a Coleman lantern?  They require the gas to be pumped up, I think.  And they also have a very hot light with a mantle rather than a wick.  If I remember right, the mantles were very fragile cotton, and I usually had to have a couple of spares for when they broke.

I found it one of those cosmic coincidences that a newsletter from Mother Nature Network talked about the back to the land movement this week as well.  HERE...mentioning Stewart Brand and the Whole Earth Catalogs.  The only problem with the article is the misnomer for those who work on computers from being nerds to being hackers.  I think that is definitely not a correct definition of the computer lovers...as many nerds love their computers and their communities (though they do live in isolation) while hackers are seen as anti-establishment and even lurkers.  What do you think? 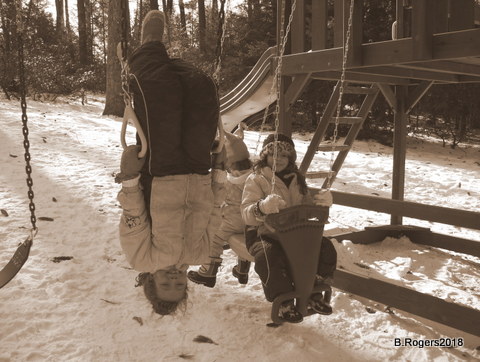 Here the oldest girl is hanging from a trapeze while the other two girls are back to back on a shared ride, above the snow. 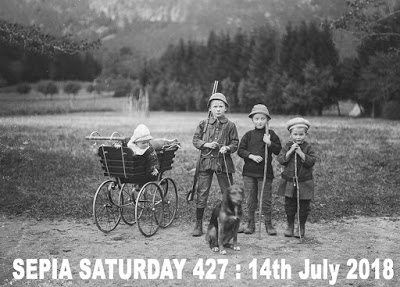 Sure, the boys are taking care of the baby in carriage, but also are off on an adventure...just look at those hats and staves, and an oldest one with something resembling a big gun slung over his shoulder.  But someone said to them, "line up and let me capture your image in this camera," and all of them did, though the dog wasn't particularly still and got a bit blurred.  But Junior in the carriage wasn't ready to fall out, just wanted the dog to come lick his sticky fingers!

So that's the inspiration I got from our prompt this week over at Sepia Saturday.

And so I look at some photos of my grandchildren playing...perhaps not quite as adventurous. These girls are daughters of my middle son. 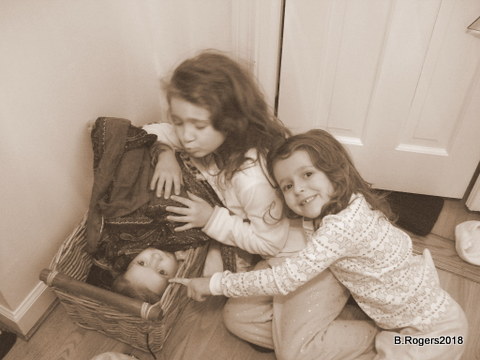 A visit a few years ago - that's the youngest child playing baby in a manger (really, that's a little girl, not a doll) and her big sisters seem to enjoy posing as visitors from the East (it was Christmas time.) 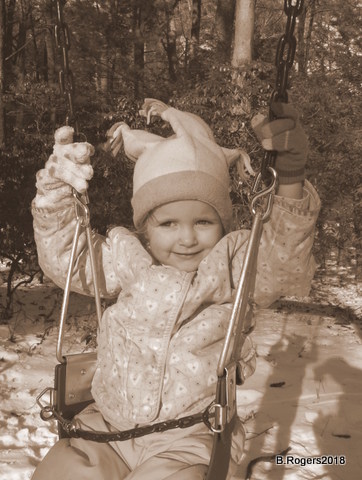 Same baby girl was happy to go on her swing when a bit of snow hit the ground.  Just look at that hat! 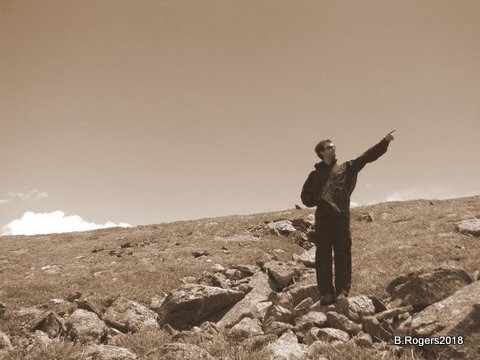 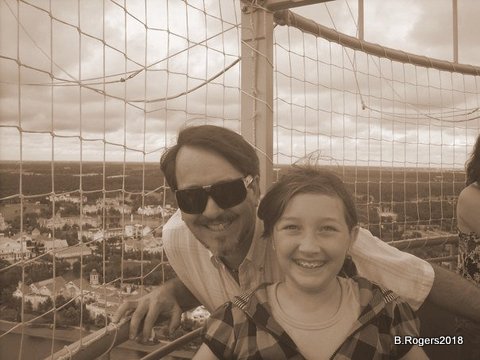 My oldest son and his daughter (quite a few years ago) overlooking some Theme Park or another.

I admit I "sepia-toned" these photos of children having a good time, even those who are young at heart!  I hope you have a good time too today!

Today's Quote:
Gratitude is exultation awaiting between the cracks of normalcy.  FREDERIC POTTER


July 19, 2018
Most of my family pictures are of brief moments when I got the people to stand together for that photo.  Some of them have never been published, and if these are friends of yours (or you yourself) I apologize for sharing them without your permission, because I've been out of touch for 20 or 40 years. 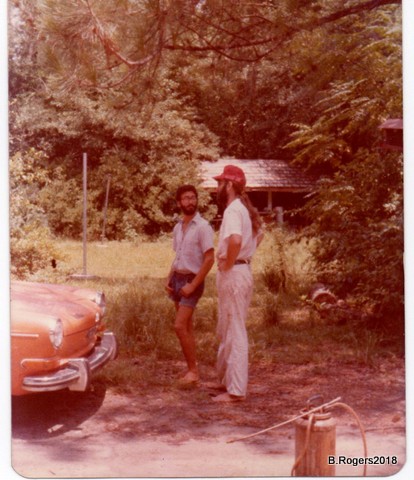 In Tallahassee FL summers, people wear as few clothes as they feel like. Here the father of my youngest son is in some really short shorts, talking with his friend, the painter, who wears his work clothes. 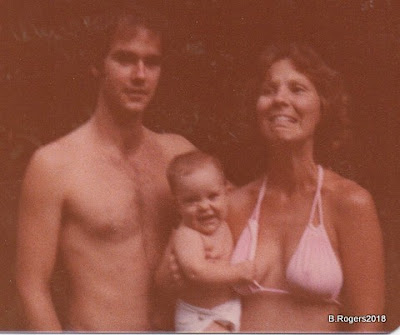 My friends' baby, Lila, grabbed a bit of flesh of her mom, who tried to keep on smiling. (Taken by a swimming pool) 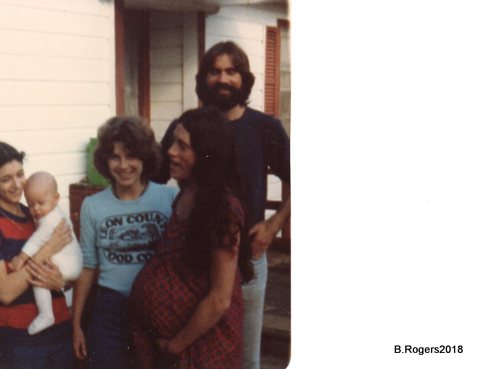 I moved away from Tallahassee but was there to see the impending birth of April...there's Steph about to have a home birth and I think that's her husband behind her, her midwife has the blue t-shirt on, and that's my youngest son in the arms of a friend. 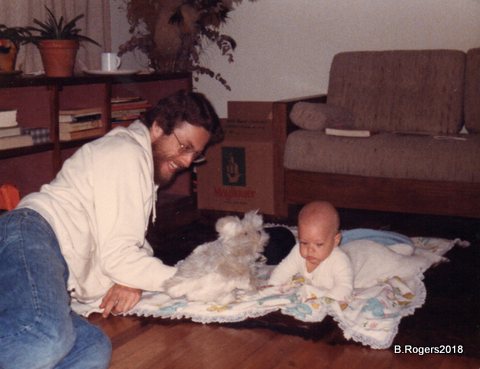 Friend, Grant playing with my youngest son.  The baby did get out of that stretchy cover-all sometimes! 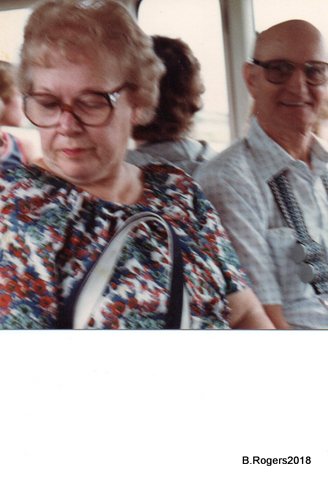 My parents visited Disney World (in Orlando FL area) from Houston.  They were kind of used to hot muggy weather, and running (walking) from one air conditioned place to another. 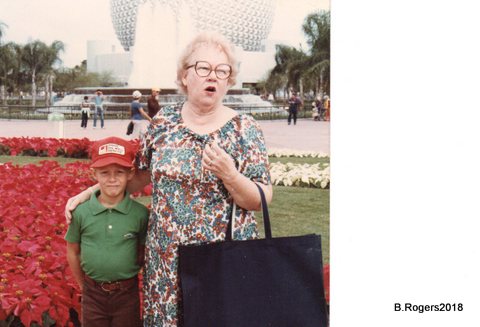 My nephew and mother at Disney World. Yes a background sometimes does make a difference in a photograph.

Over at Sepia Saturday, I see a group of - maybe family members - posed for a studio photograph, which shows the background and the studio. 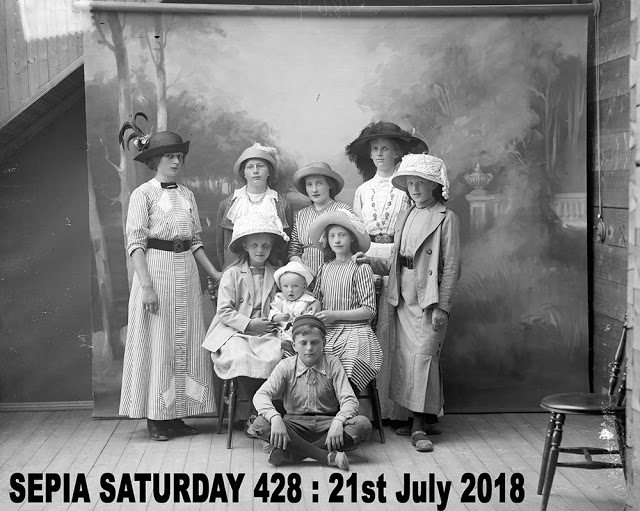