This snow was ok to plow the first day, but instead of rain and melting yesterday, most of it became a 6 inch crusty ice.  I spiked it apart on the car hood and windshield (using the edge of the blade on the snow removing brush. )The sun was out at noon, and so some kind of melted. 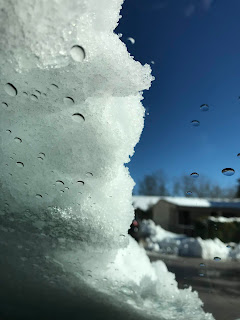 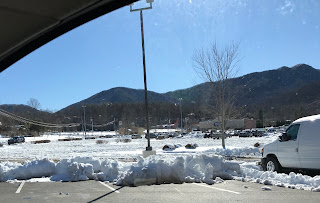 The parking lot where Rite Aid and Ingles Grocery are located. 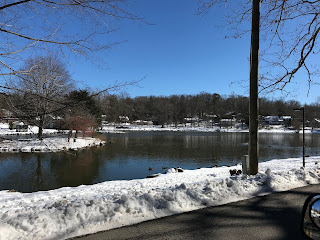 The geese were fluttering about and squawking in the water as I rolled by. 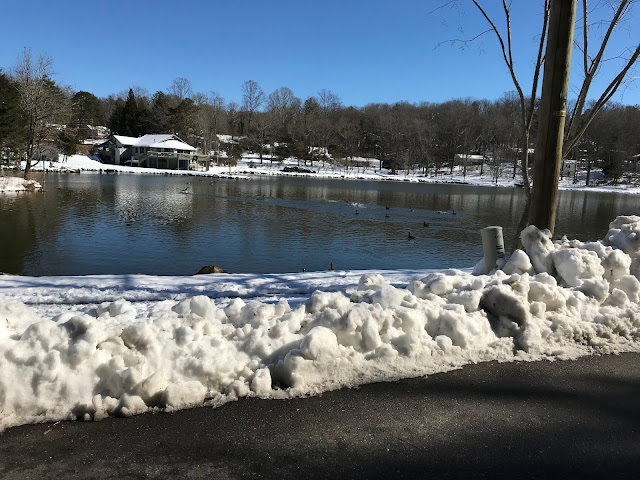 No plowing at the Lakeview Center. Couldn't even find a place to pull over to take photos, so I slowly crept along the road and had the window down.  Thankfully nobody came along either way! 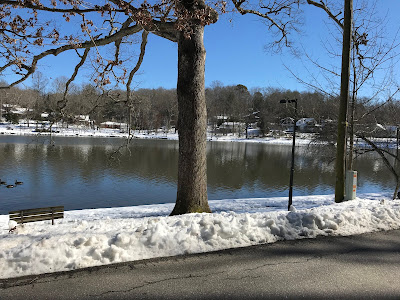 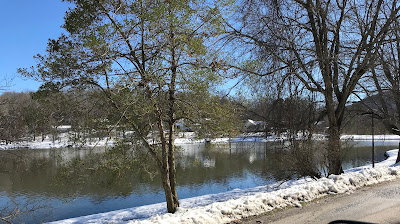 Driving up to the dam, I saw a family of sledders about to go down the slope on the other side of the dam. 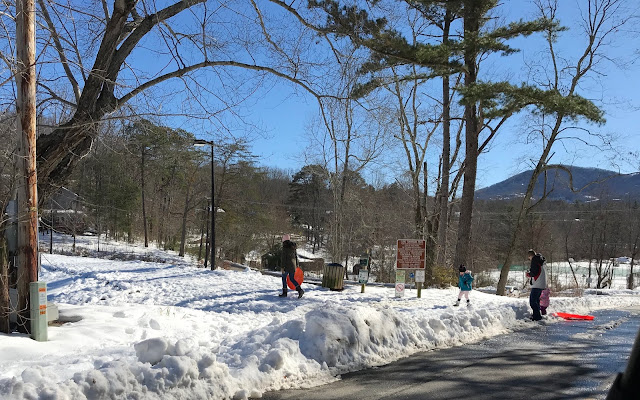 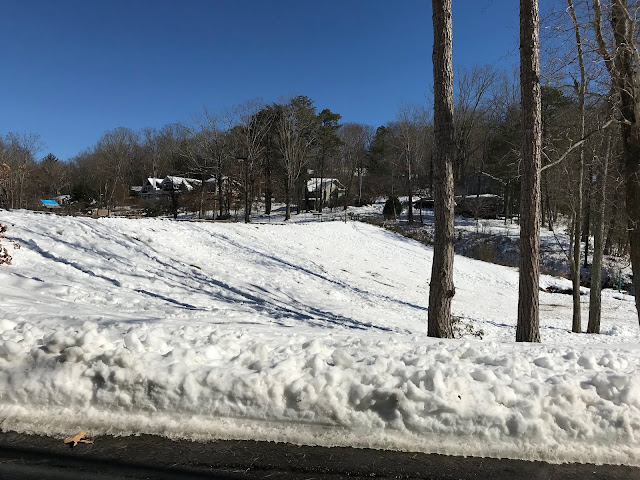 This was full of kids yesterday, but looks as if there's still plenty of snow on it.

Though our driveway was plowed, a big pile of this ice was left in front of all the cars.  After a couple of tries, I finally got over it onto dry pavement.

After my little jaunt about to see the snow in town, I came to the intersection of Old US 70 and Blue Ridge Rd.  The people on Blue Ridge have a stop, but not on Old 70...where I was.  A woman in a white SUV didn't act like she even saw me, just zoomed up the hill of Blue Ridge Rd, and fortunately I'd slowed down to make that turn...and said a few words to her as she went by.  The funny thing was, she was coming to visit the woman in the apartment next to mine, so she met me in the parking lot after we'd both parked, and she admitted she hadn't seen me at all.  (That was among the things I told her back as well as "Hey, you had a stop sign.")  All was well.  But I doubt that she'll slow down any.  Some people just zoom through life.

Today's quote:
The unrestricted competition so commonly advocated does not leave us the survival of the fittest. The unscrupulous succeed best in accumulating wealth. -Rutherford B. Hayes, 19th US president (1822-1893)
Posted by Barbara Rogers at 1:34 PM