I don't know when they started, but scrapbooks are a very old and honored way of saving things like memoriabelia and photos, ticket stubs, programs, and even pressed flowers from bouquets.

The Swannanoa Valley History Museum has one on display. 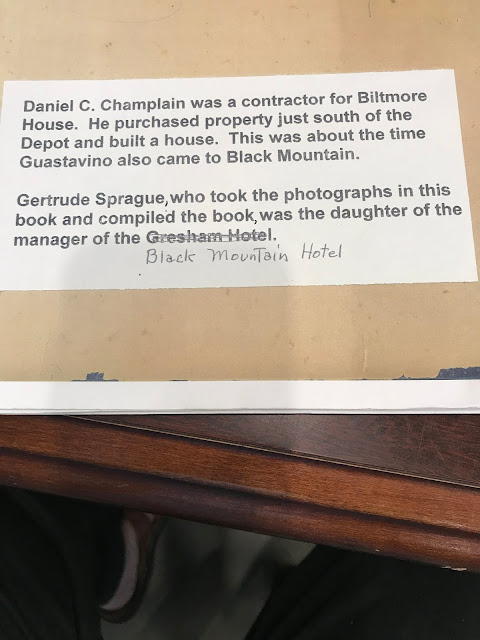 The hotel changed hands a few times, as well as names. Gustavino was as an architect whoalso worked in Asheville on the Biltmore mansion, as well as being well known in New York...and he made his home in Black Mountain. (More on him later.) 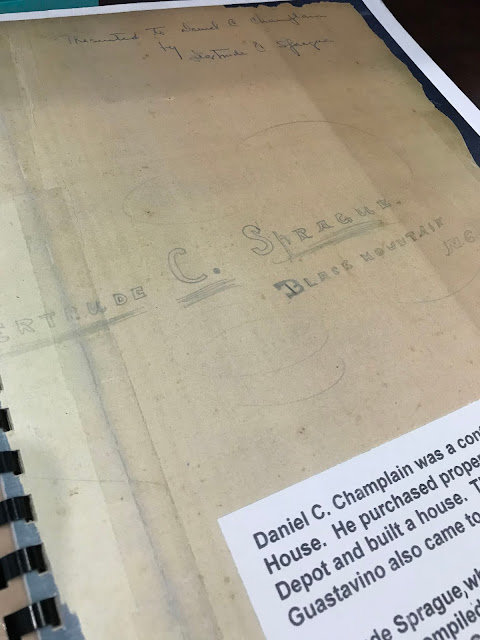 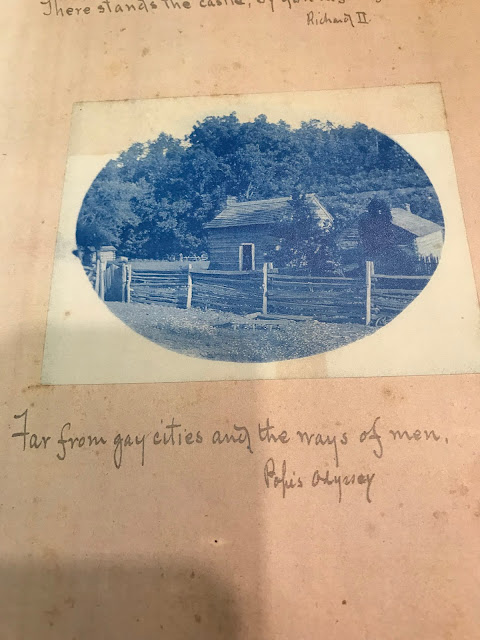 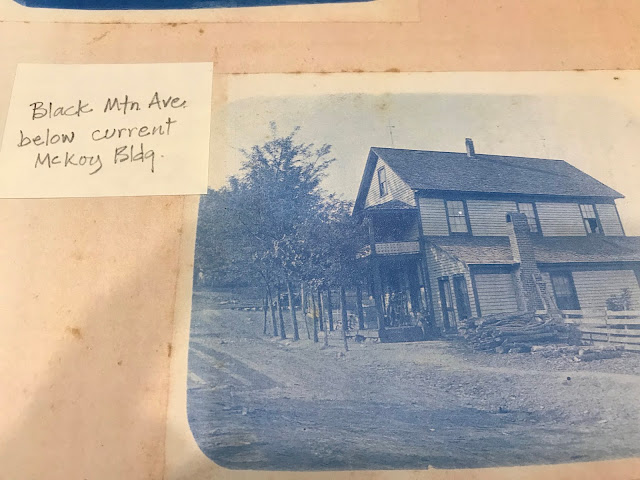 Black Mountain Ave. runs south from it's dead-end at Sutton Ave, right at the Depot where the railroad tracks cross it. 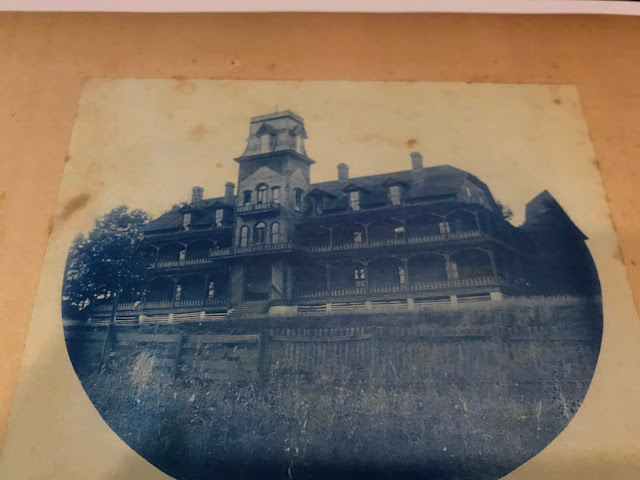 Probably Black Mountain Hotel, built on site of current Cove Auto repair shop. It was very close to the tracks, which is possibly why it burned down. 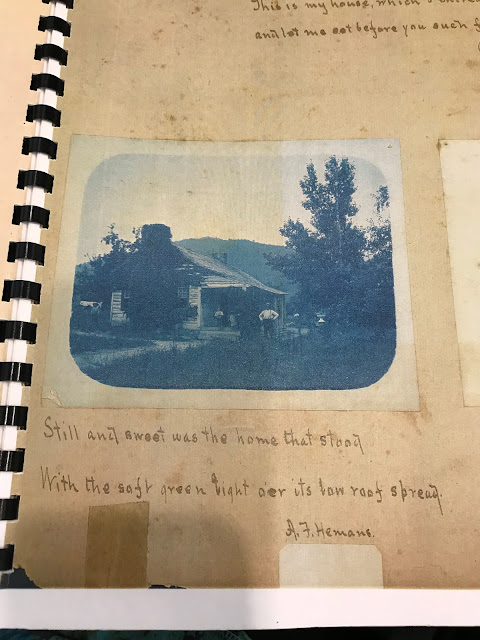 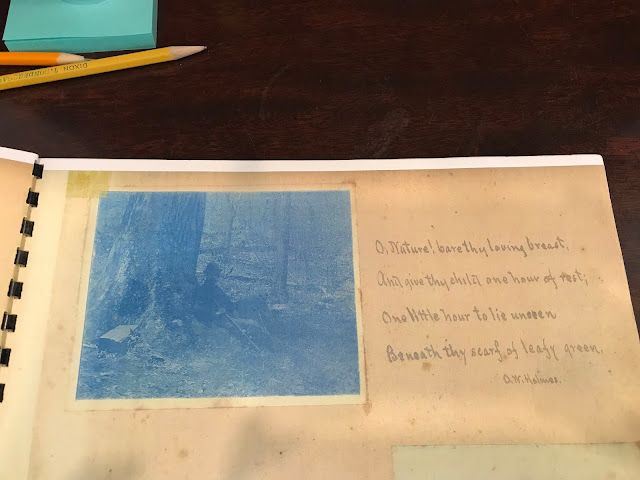 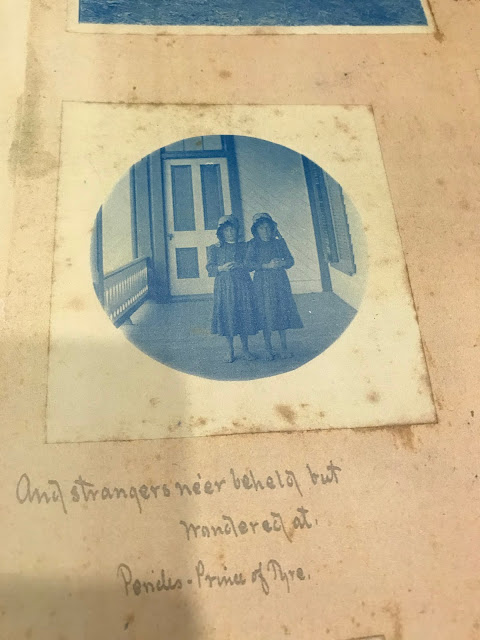 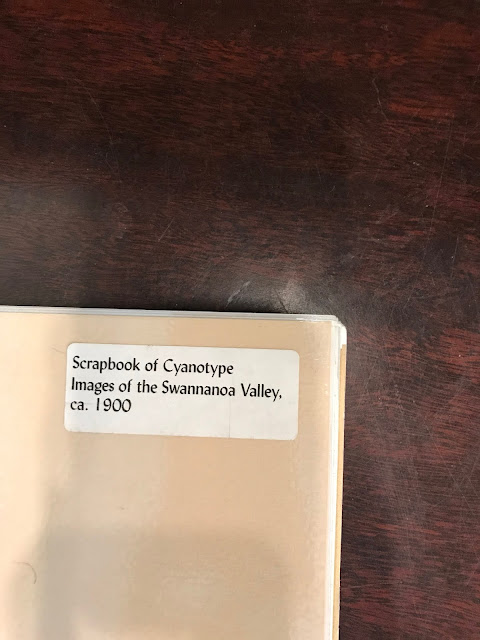 the scrapbook on display is made of copies from the original...in protected plastic coated paper.

Cyanotype is a photographic printing process that produces a cyan-blue print. Engineers used the process well into the 20th century as a simple and low-cost process to produce copies of drawings, referred to as blueprints. The process uses two chemicals: ferric ammonium citrate and potassium ferricyanide. Source: Wikepedia