Another fourth gone by 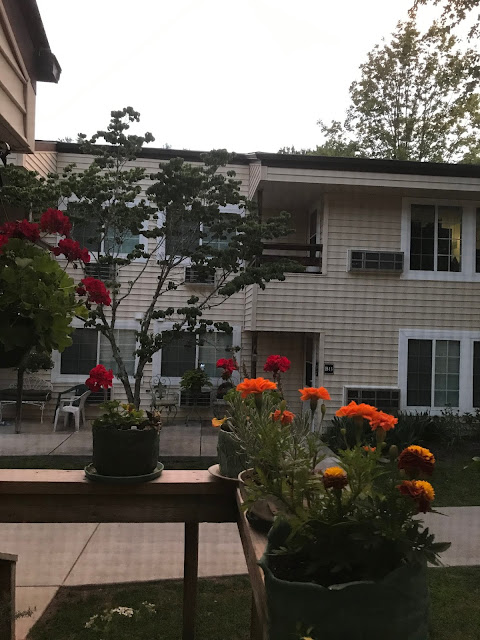 Dawn with an open window (yes looking through the screen which shows as format in the light areas.)  It was cool here until almost 10 am when I had to close the windows.

Most of the day while folks were picnicking, I was just putzing around the house.  Catching up on things. Not that I don't like a holiday, but since I don't have to go to work daily, a holiday just means that the places I usually go were closed.

No lunch program for seniors.  No studio to go be creative in clay. No church activities. So I thought a while of going to see the fireworks in the evening.  Yes I had a hamburger, and fresh tomato slices, and a bottle of Highland Brewery's Gaelic Ale, a bit of a celebratory dinner! 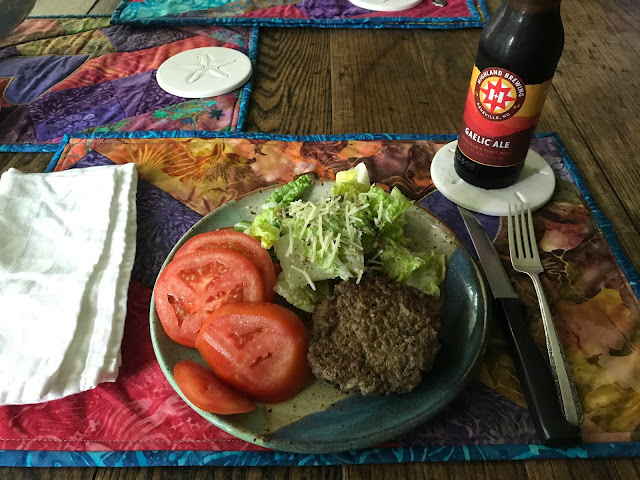 But as I watched evening shows on TV, the rain came through. Thunder boomed as if it wanted to compete with fireworks! It was cleared out by full dark at 9:30, and I heard the first boom of a firework going off.  They usually last less than an hour - the professional ones anyway from downtown Black Mountain.  When I stepped outside though the high humidity and remaining heat told me I'd rather stay in and watch a nice 2 hour show (America before Columbus, a rerun from 2009) on the National Geographic channel..and be air conditioned!

Email ThisBlogThis!Share to TwitterShare to FacebookShare to Pinterest
Labels: Fourth of July