After a few showers earlier, which dried quickly, it was a nice hot evening...with a little breeze sometimes.  We have regular Thursday night outdoor concerts during the summer, and usually out at Lake Tomahawk. But the retail outfits downtown wanted the concerts there, so that maybe they could have some business in the evening.  Of course I've noticed at 6 most of the stores just close, so it was nice to have some of them still open. 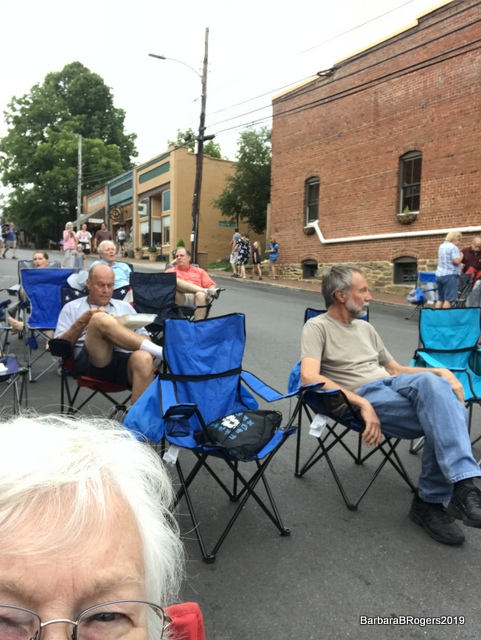 There was no sun at 5 minutes before the concert was to start, but there also weren't many people! I ended up being the front row, just having arrived earliest. The pavement gave off a lot of heat, and it was kind of uncomfortable.  Maybe it felt better later in the evening, but I left early because I was tired. 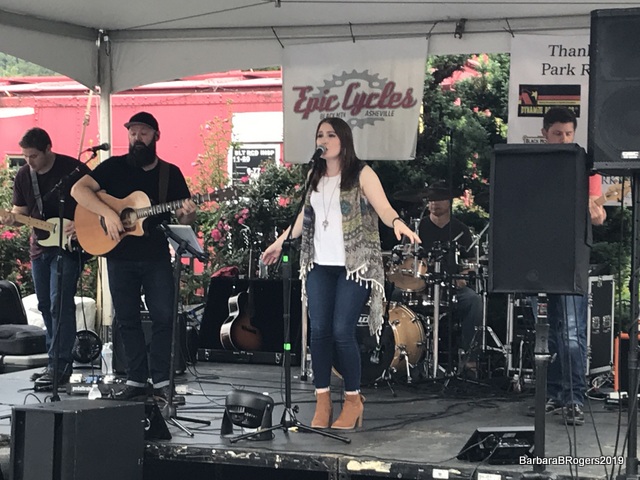 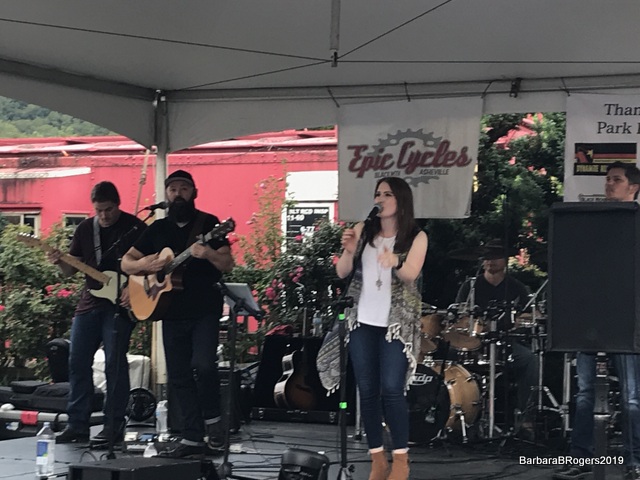 Caroline Kelly and her band were pretty good, if you like country music. 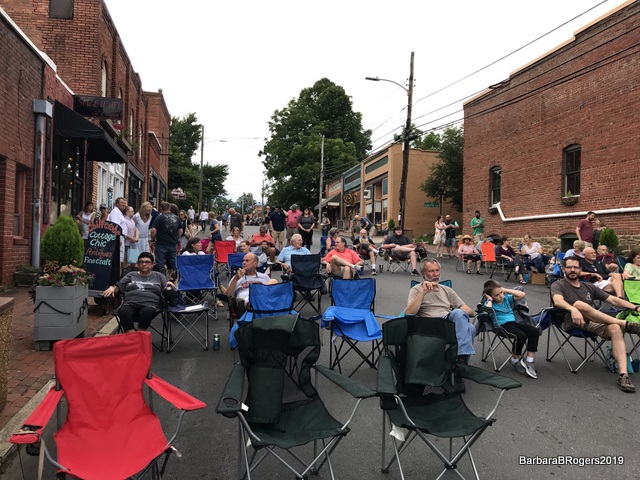 These were the way to go to an outdoor concert...stadium chairs might be the name. 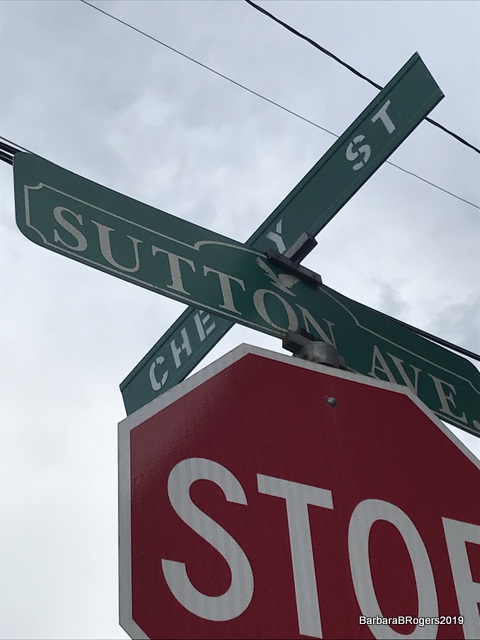 The lower half of Cherry Street was closed as well as Sutton most of it's short 3 block length. 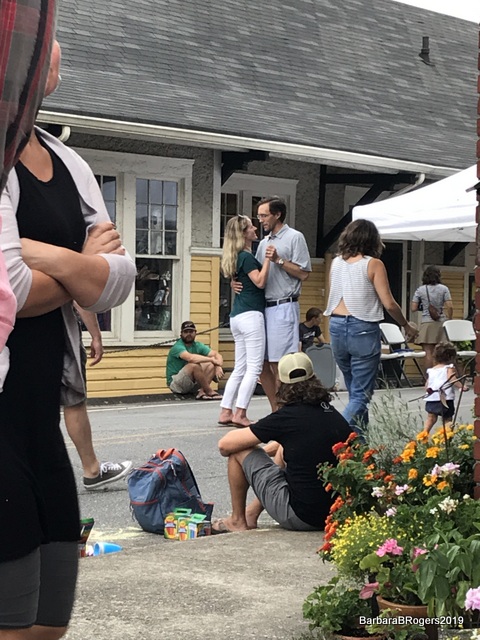 If you didn't bring a chair, there was the curb or leaning against buildings or posts.  There was one sweet couple who danced a slow dance, over in front of the Depot (yellow building behind them.)  There was also a bouncy house set up down that street for children, as well as sidewalk chalk for them to decorate the street.