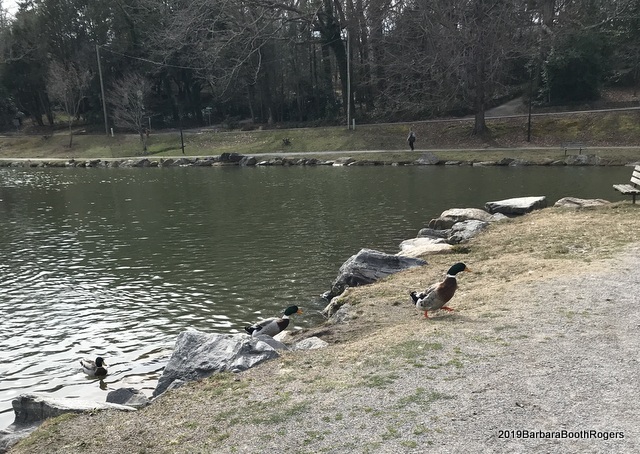 I stopped when some ducks appeared eager to leave the lake and walk across my path.  Wildlife gets right-of-way in my mind. 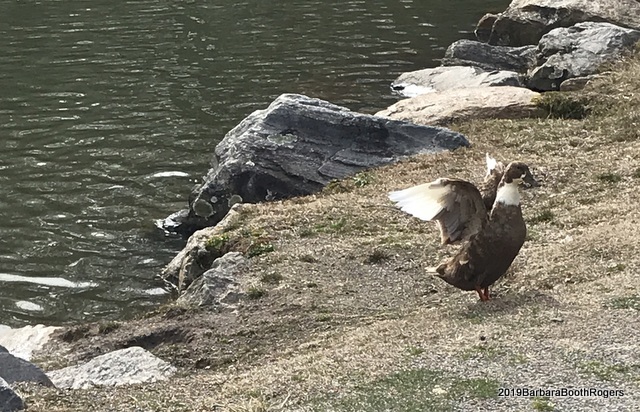 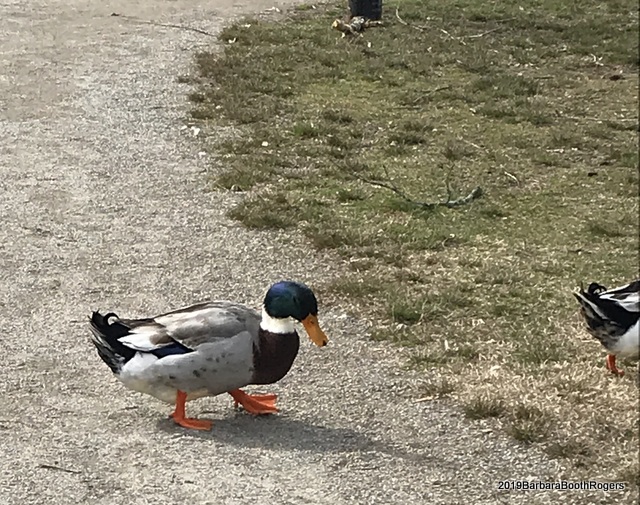 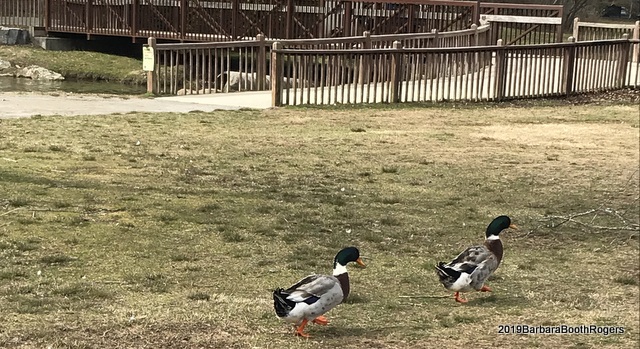 They were scurrying while waddling...rather funny sight! 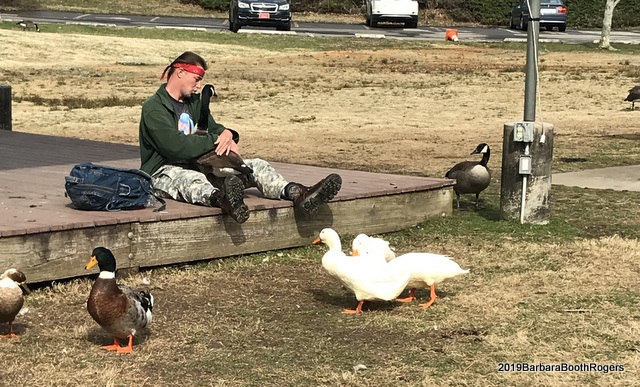 There holding a wild goose, and occasionally whistling, sat the goose whistler.  He also does feed them, which obviously catches their attention.  I've asked him what he feeds them in the past, because we've had to post signs (Black Mountain I mean) saying not to feed ducks because bread (which most people use) causes disease.  But he feeds them cracked corn...he said. 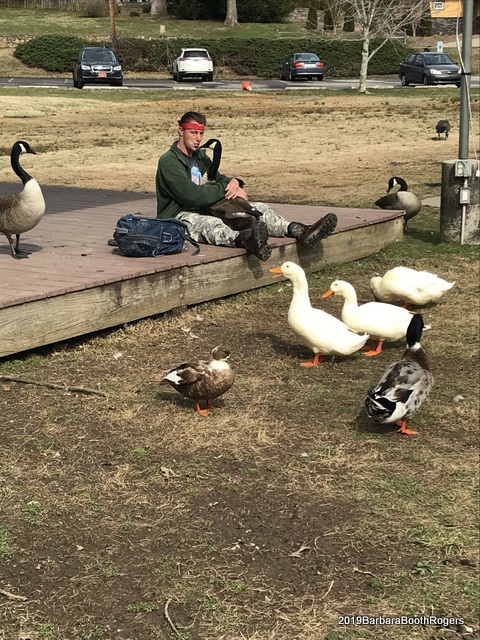 I see you seeing me.

The males are still pretty competitive! 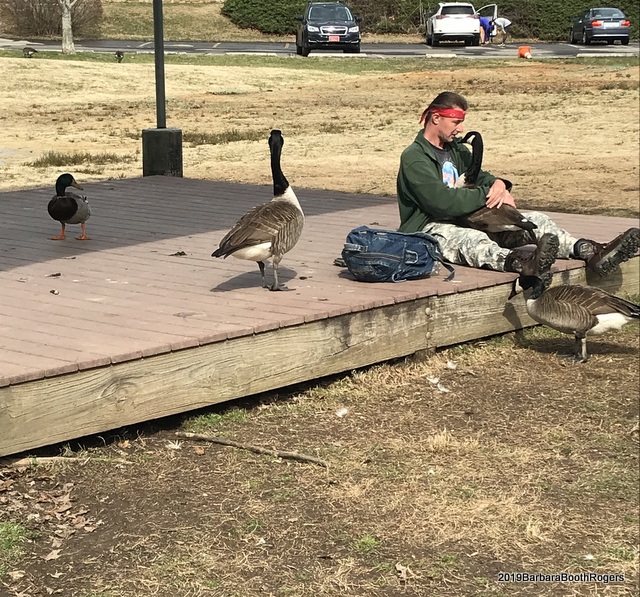 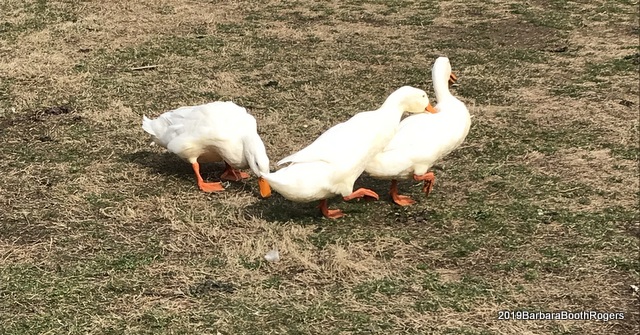 These white geese/large ducks were most mean to each other.  Maybe they needed to have a time out.
Posted by Barbara Rogers at 1:30 AM