An old town by the river

Bynum, NC has lost its industry by the Haw River.  But it has rejuvenated itself with artistic endeavors.

"Bynum is an unincorporated community in northeastern Chatham County, North Carolina, United States on the banks of the Haw River. Bynum is 5 miles north of Pittsboro, North Carolina and 11 miles south of Chapel Hill, North Carolina. It is also known as Bynum Mill Village or Bynum Mill Hill." Wikipedia. 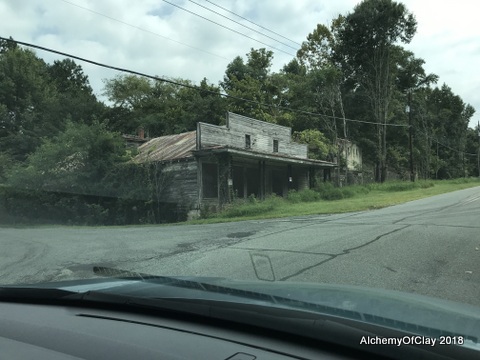 Driving along the main road in Bynum, you see many old buildings. 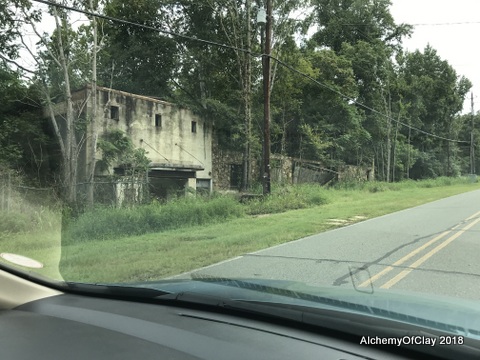 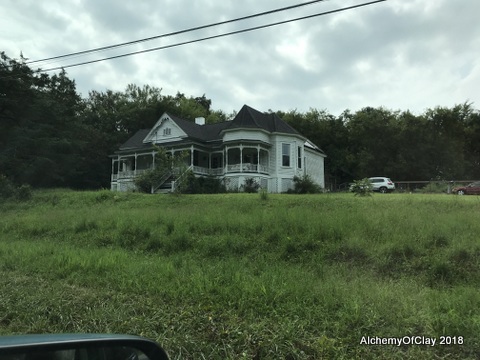 An old home that is still being lived in. 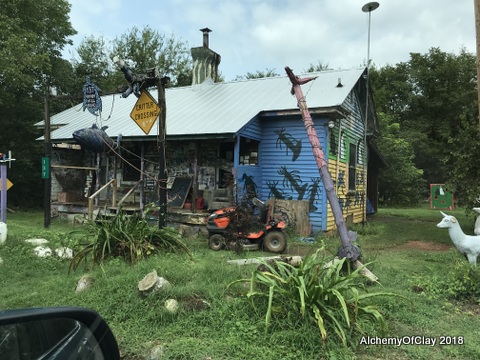 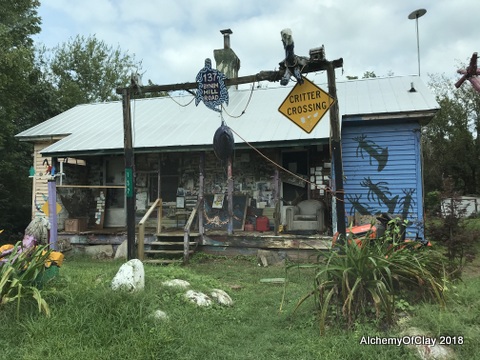 Artistic yard and porch of one of the renovated cottages. 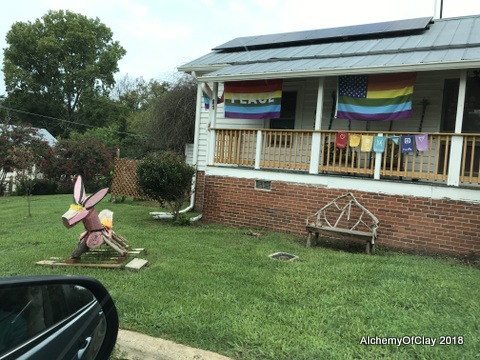 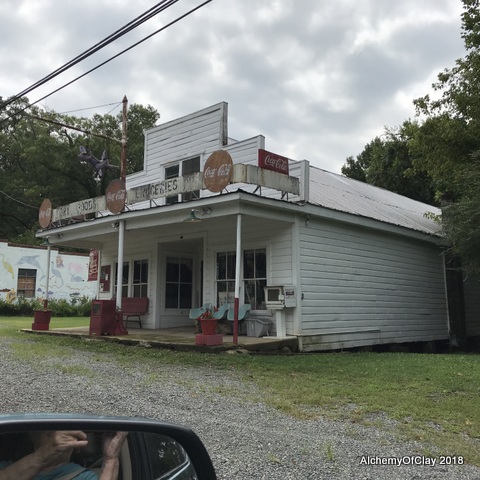 "Bynum's most notable building is the Bynum General Store at 950 Bynum Road, Bynum, NC 27228. For many years the store, run by Frank and Louise Harris, was known as Harris and Farrell General Store. The post office, once located at an older store to the south, brought everyone in town and many nearby rural residents to the store. Retired loggers, business people, and mill workers often sat on the bench in front of the store passing on news and rumors and telling stories. The store was a natural community center and information hub. When the store and post office closed in 2006, the community formed a non-profit called Bynum Front Porch and kept the store in use as an event and community center." 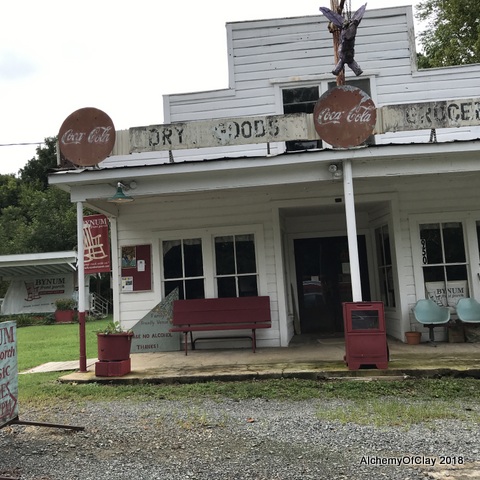 The old general store is one side of a gathering place for summer concerts (see the little building to the left? 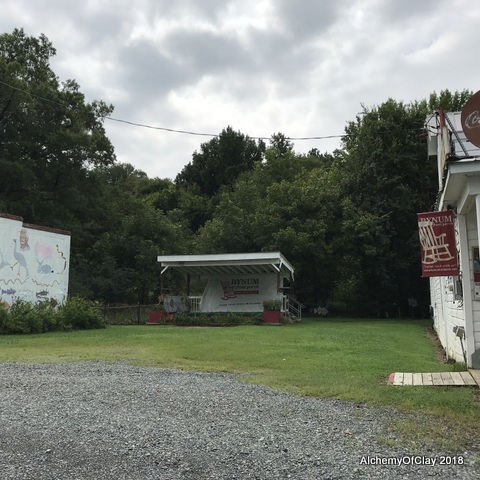 This is the stage for summer concerts...Bynum Front Porch (see events here.) 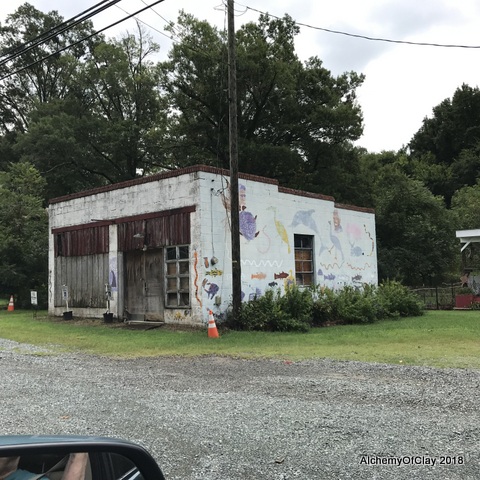 The far side of the gathering place is a bit more rustic.

"The town began life as a "cotton mill town." The original mill was built about 1872 beside the Haw River. There was a wooden dam about 1000 feet upstream and water from the mill race powered water wheels. Later the dam was rebuilt with concrete and electrical generators installed. The spinning mill was purchased by John Milton Odell of Concord, North Carolina in 1886.

In stages from circa 1890 to 1910, small two to six room houses were built on the hill above the mill and rented to the mill workers and their families. Bynum was one of the first areas in Chatham County to have electric lights because turbines provided electricity for both the mill operation and the houses. The mill workers were paid in script. The script was only usable to pay their rent or at the "company store" (also owned by the mill).
In the 1970s the county commissioners, using federal grant money, bought the 73 mill worker houses from J.M.Odell Manufacturing Company with a Housing and Urban Development grant. With the money the streets were paved, cement blocks enclosed brick piers under houses, electrical boxes were updated and each house was supplied with indoor plumbing for a kitchen and bathroom. The existing tenants, who had been paying less than $10 a month rent to the mill, were given the chance to buy their homes with favorable long-term mortgages. Many mill workers had lived all their lives in these homes. Most bought their homes. Other homes found eager buyers. Many of the mill workers, suddenly in possession of rapidly appreciating assets, sold to newcomers and bought more modern homes elsewhere. Many of the new owners were college educated younger people, musicians, craftspeople, and artists.
The mill buildings sat vacant and decaying for many years, then burned down in March, 2001. Most of the original mill houses are still standing and are now private homes. Wikipedia.

See this post HERE about the old bridges over the Haw River.  One bridge is brought to life every Halloween.  Another shows the remains of a covered bridge.
Posted by Barbara Rogers at 10:36 AM