Just woke up...the power is still on, though at 1:30 am the power company sent a notice saying it was out in some parts of our area.  Glad it wasn't. Glad I slept through that notice.  Tonight I'll put the ringer on high, though who wants to wake up to that message, anyway? 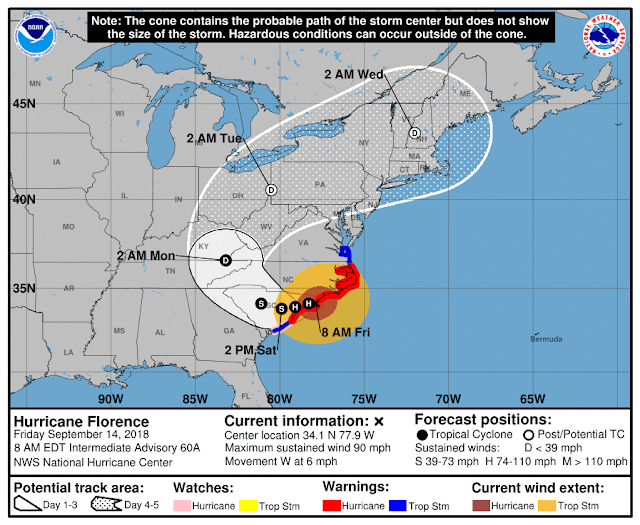 At 8:00 am Fri...the eye has come ashore but the weather center is talking about it possibly going back over water, since it's forward motion of 5 mph has it being a wobble.  It's only a level 1 hurricane at this time.  There are some tornadoes being spawned in the red section of the storm...still 100 mph plus winds.  Flooding is due to river waters being pushed back upstream by the wind and rain.  It came ashore at Wrightsville Beach at 7:15 this morning.  Right now there isn't a storm surge where the Weather Channel people are standing along the beach, because the wind has turned to blowing against the ocean.

Hope everyone is safe.

Posted by Barbara Rogers at 1:00 PM