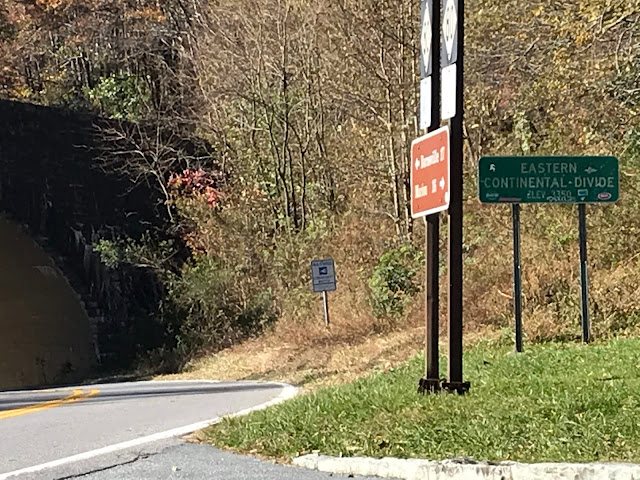 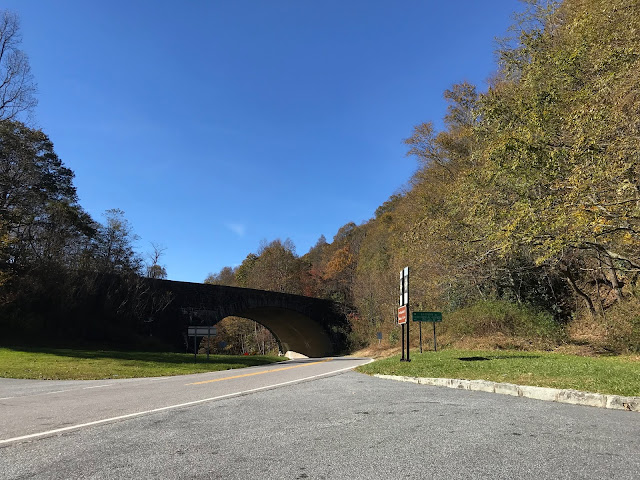 There's one of those wonderful bridges, stone arches under the Blue Ridge Parkway.  I've puled over into a parking area (is there a trail nearby?) as I left the parkway and am about to go down the mountains on US Hwy. 80.  It runs between Burnsville and Marion NC...and is not half as straight as the parkway.  That's a joke.  The parkway meanders along ridges and goes up and down somewhat gradually.  80 is more steep and has sharper switchbacks and travels into Buck Creek gorge (I think that's the best name for the steep sided first 5 miles of it. 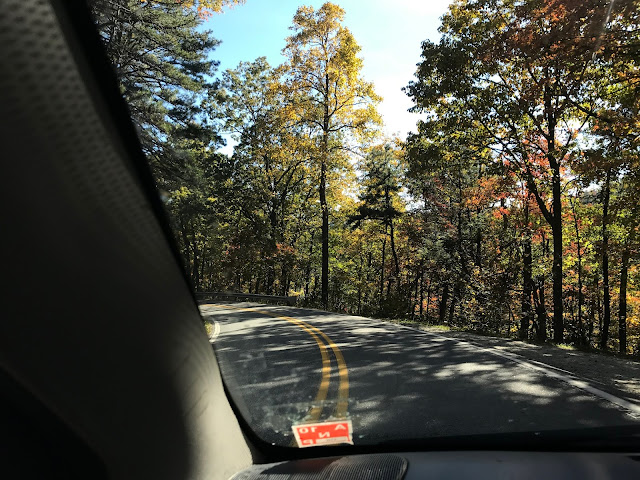 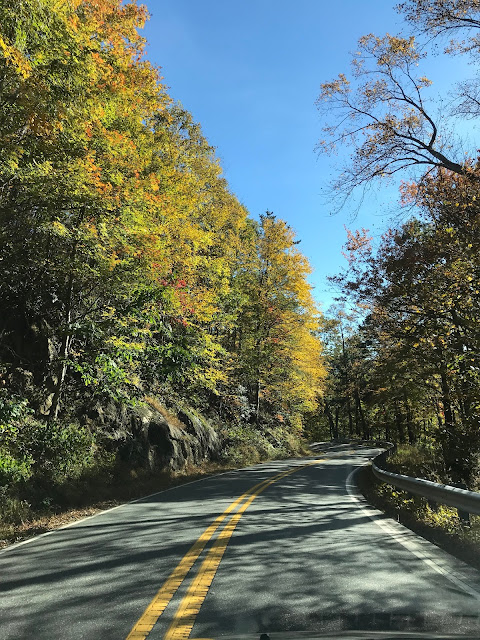 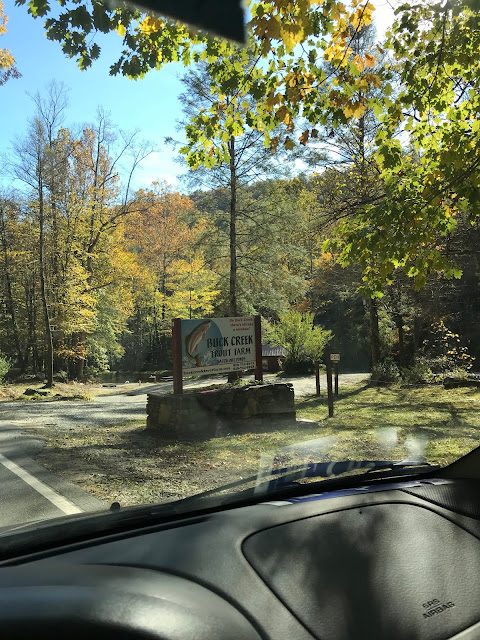 The first signs of civilization are small camps along the creek, here's Buck Creek Trout Farm.  Apparently people like to camp up here and fish.

I had been to Mt. Mitchell, elevation 6684 feet, and left the parkway at half that when I crossed the Continental Divide (See Mt. Mitchell climb here.) ...the first 600 or so feet descent within the state park, then the next over maybe 8 miles of the parkway, which didn't feel very steep.  The Eastern Continental Divide is literally where the ridge of mountains has rainfall flow either towards the Atlantic or the Gulf of Mexico.

But going down 80 was a thrilling ride. I'm glad I didn't have anyone riding with me, as I slowed to take pictures while balancing my phone on the steering wheel.  And nobody else was behind me either!  I did see a few cars going up the mountain, mainly pick ups.

This was on a weekday.  I avoid doing the parkway on weekends. It is crowded enough.

Posted by Barbara Rogers at 7:32 AM