The fun of getting there

While on the road for 2 days, I was able to prop iPhone on the steering wheel, and sometimes actually get interesting photos.  I have done some cropping to remove the ever present dashboard at the bottom of the shots. 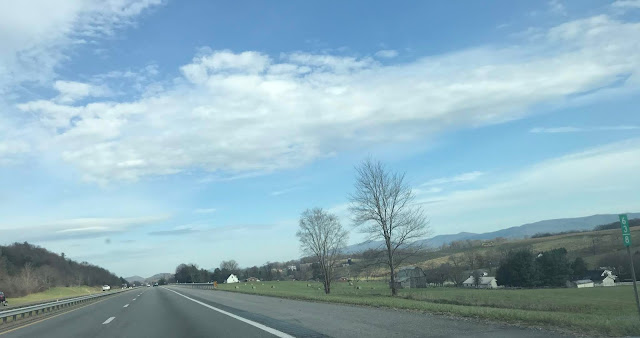 I began in North Carolina, then a bit of Tennessee, then Virginia, then West Virginia and finally Ohio. 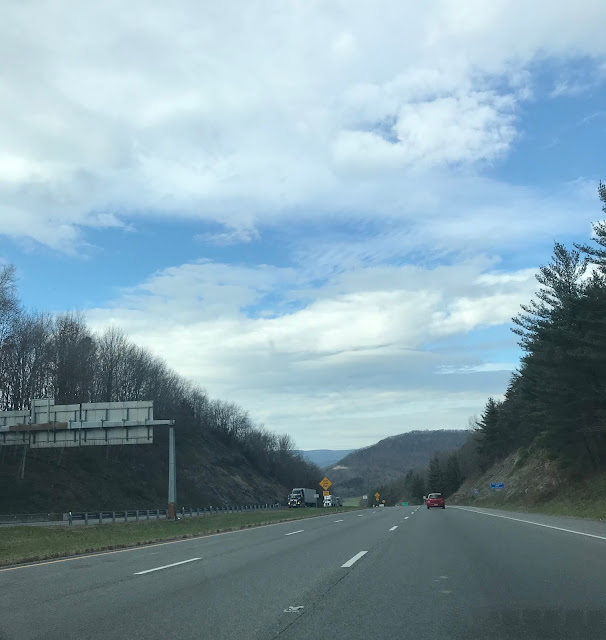 Most of my miles were in the mountains. 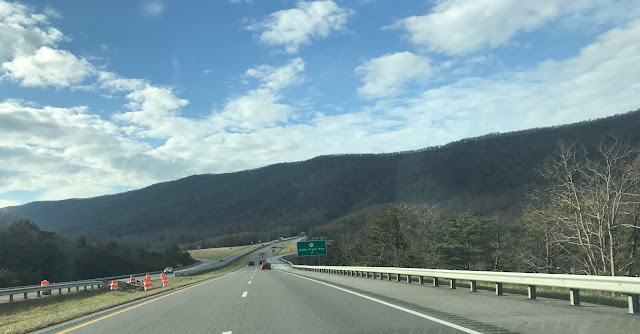 A very big mountain ridge in front of me, I wondered how the road would get around it! 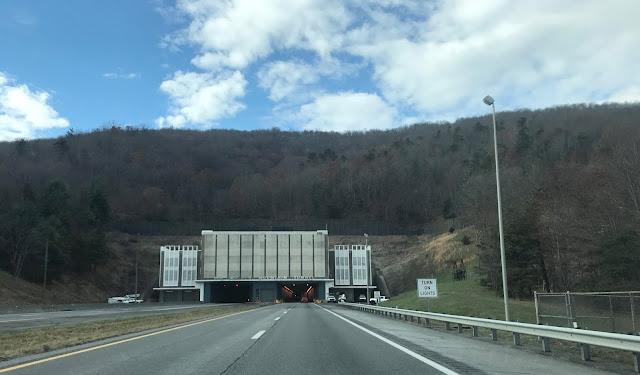 Virginia had a tunnel through the mountain!  What a surprise! 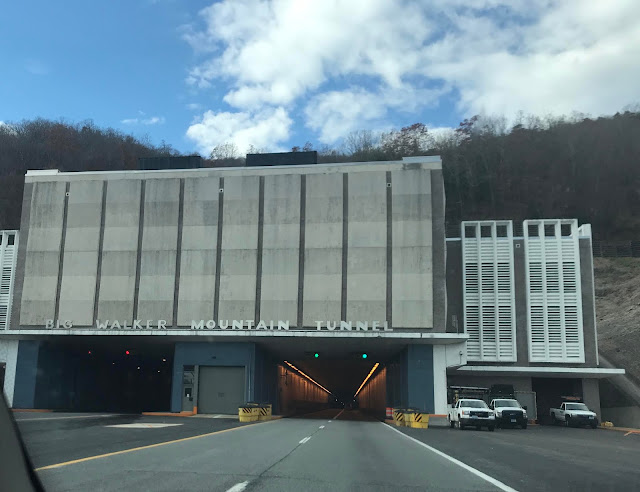 There was another tunnel further on down the road as well.

I spent one night in West Virginia, because it's mostly mountains and was about to rain, and I'd been at it for 6 hours (stopping hourly to walk around or eat something.) The next morning the weather was still dropping rain, and there was talk of snow...but I never saw any.  And by the second hour on the road, the rain stopped. 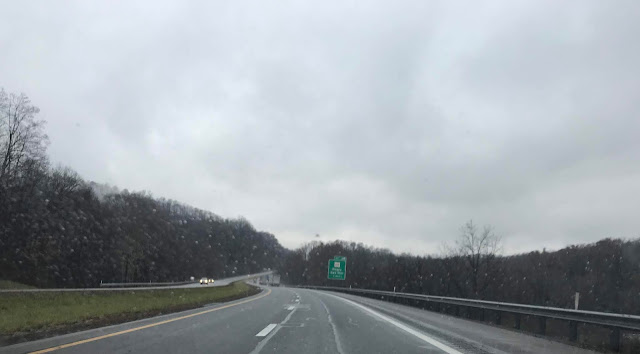 Most of the highways through mountains followed little rivers which had carved out these valleys over millennia.  It was like following the water either uphill or downhill, around many of the higher parts of the mountains where nobody lived except eagles. 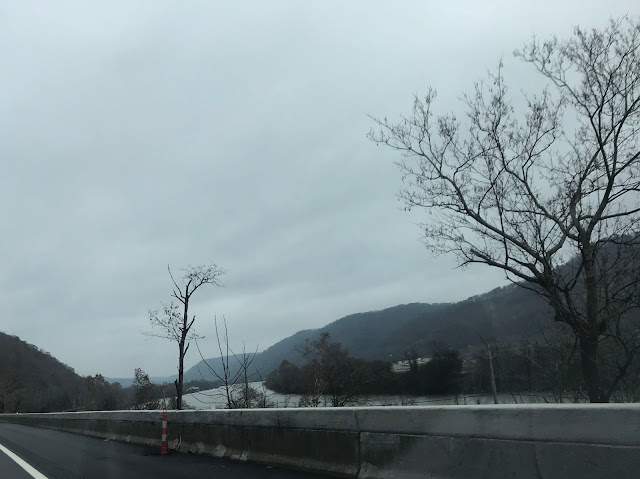 Coming close to Charleston, West Virginia there was suddenly a broad river!  It's the Kanawha!

The WV capitol dome is visible from the interstate!

Did I make it to my family?  Let's talk tomorrow!
Posted by Barbara Rogers at 3:00 AM