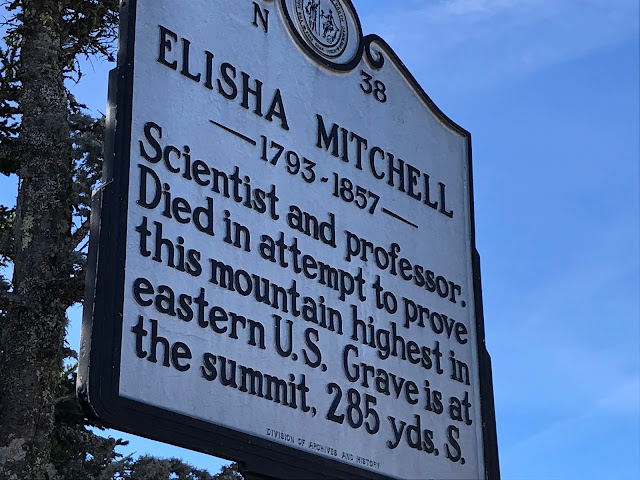 Mitchell didn't prove it himself, but his argument with another professor as to which was the highest peak, was finally determined that this was higher than Mount Craig (nearby.)  Mt. Mitchell is 6684 feet above mean sea level. 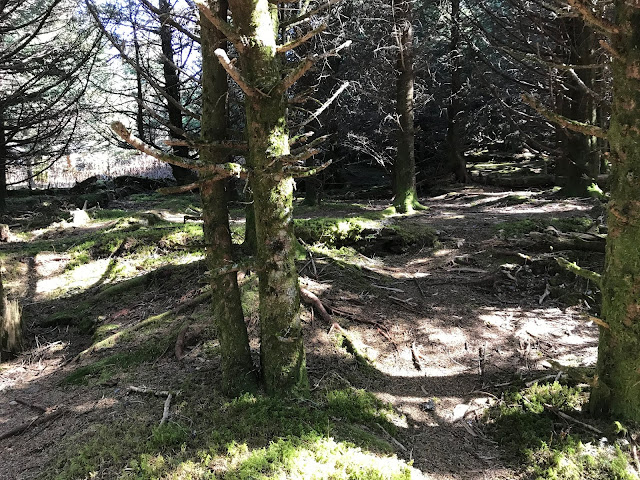 Dense evergreens are on the steep sides of the peak, with minimal undergrowth.  But because of pollution and disease, many deadfalls lie on the ground, making it treacherous to try to walk through the woods. 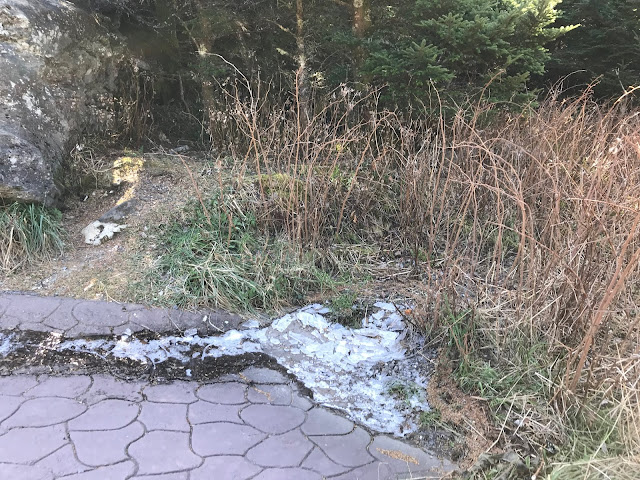 Where a bit of water has flowed down the hill, it remained as ice in the shade.  There were also ice cycles nearby. (See former post Here) 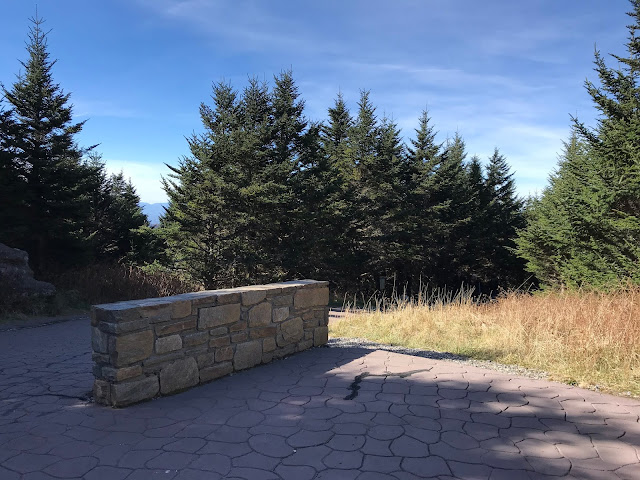 It was a beautiful day, and there were a lot of people (from all over the US) hiking up the wide paved path to the lookout tower. 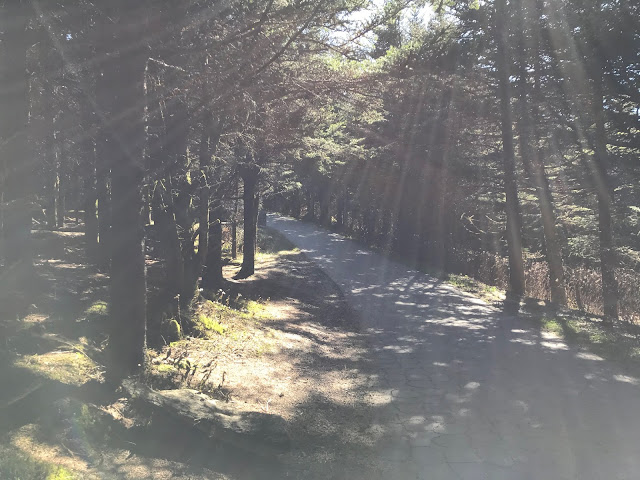 I had thought I might be one of the slower people climbing the top switchback slope.  But many others were also elders and as out of shape as I was.  Also the air was a bit thin for those who live in lower elevations. 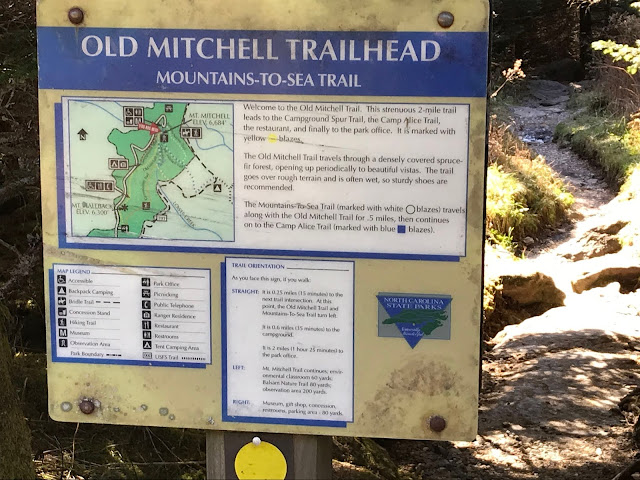 I love hearing various runners talk about various kinds of races, including some that come up here from Black Mountain, which is about 10 miles due south...and not visible due to other mountains. 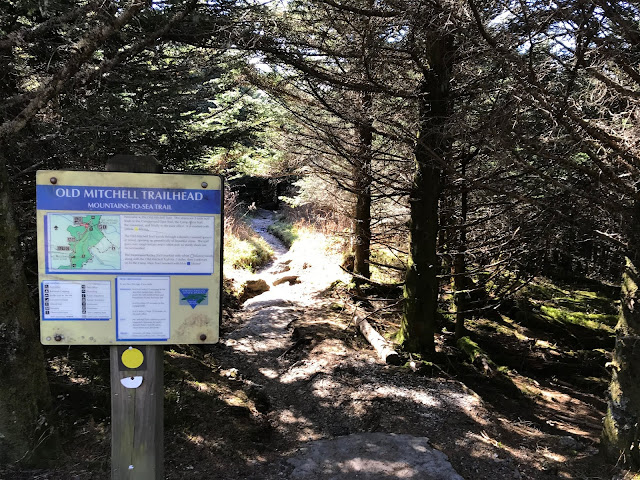 The Mountain to the Sea hiking trail also passes along the slope of the mountain.

I slowly climbed to the top, stopping frequently to catch my breath, and taking smaller and smaller steps.  I basically had the hardest workout I'd had in months...but what a sense of accomplishment for this grandmother to reach the top finally! 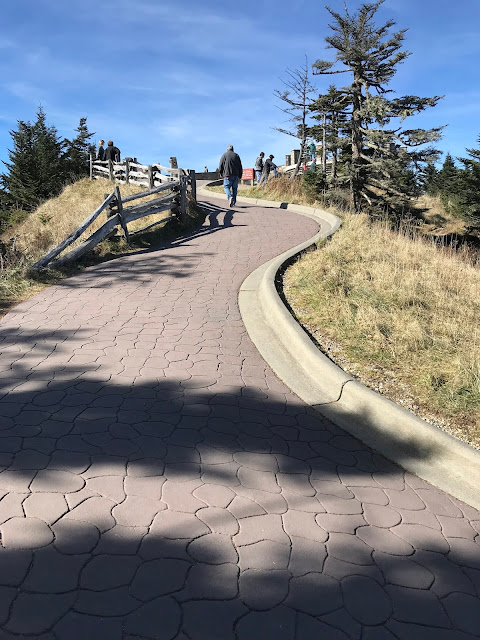 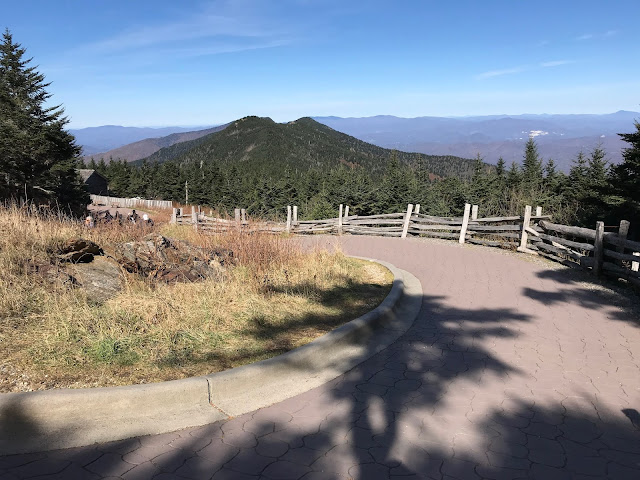 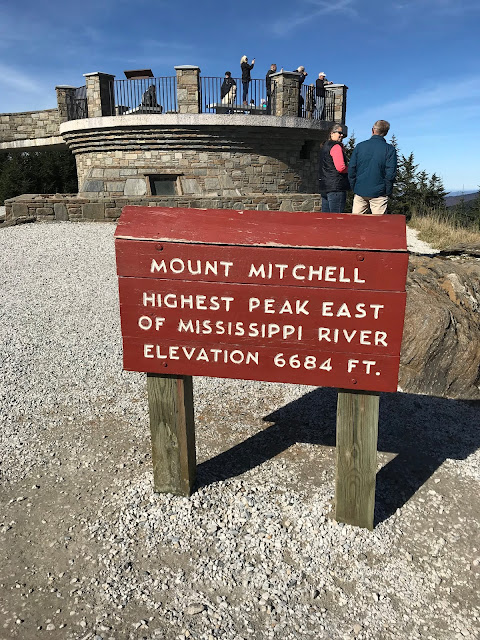 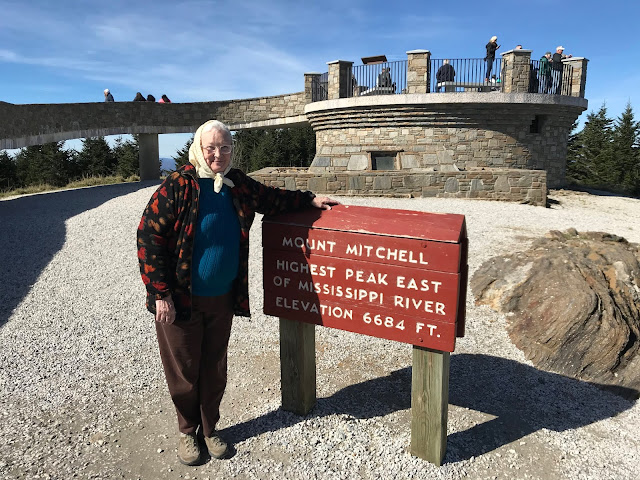 And if my various readers would like some advice from a 76 year old woman who just got her heart rate up for the 30 minutes it took me to climb that ramp...

Please VOTE.  If there's anything you find distasteful about the current political climate, a vote to change things is the first step a citizen should take, before complaining or anything else. VOTE.
Posted by Barbara Rogers at 3:00 AM