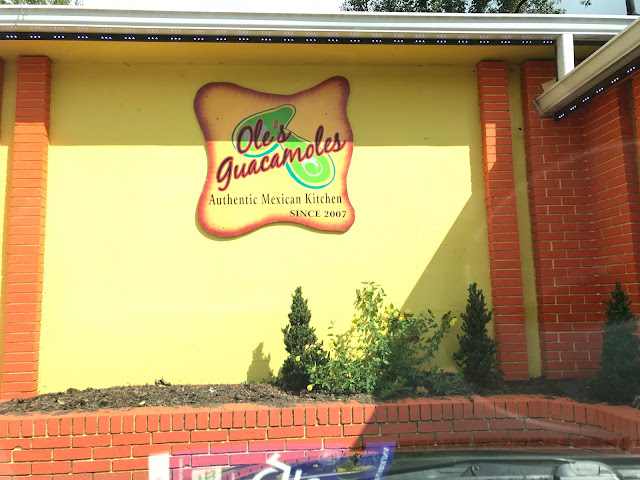 I remember when Ole's opened the year I moved here...2007.  It had been an old appliance repair store...and I went with some new friends to try out Mexican food.  Mmm! A few years later they relocated to this building by the creekside...and later they've opened another restaurant in Asheville. 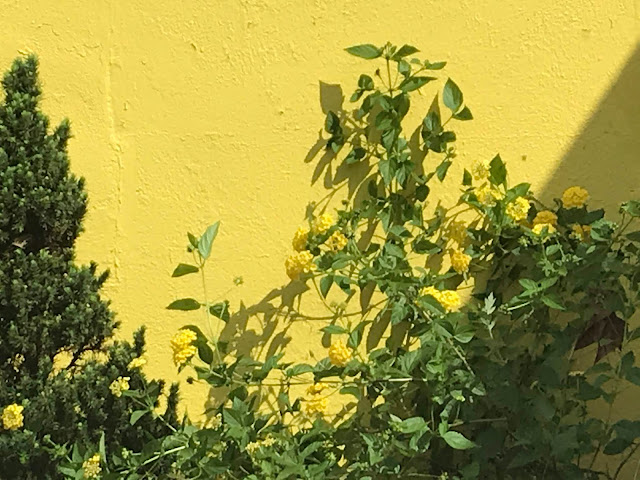 A study of yellow on yellow! 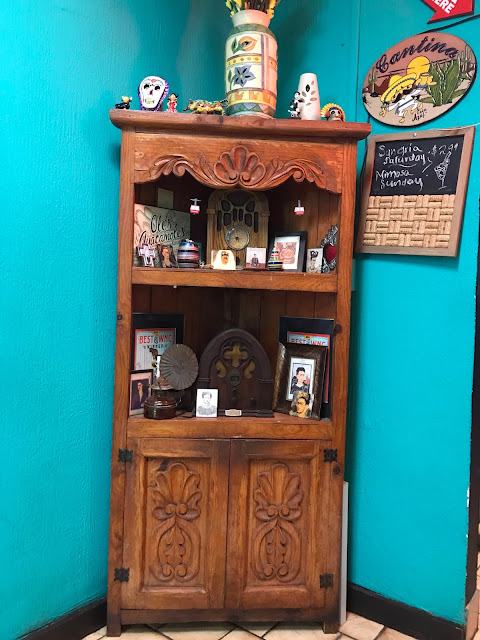 Great Mexican touches in a nice comfortable restaurant, usually pretty crowded, unless you know to get there early! 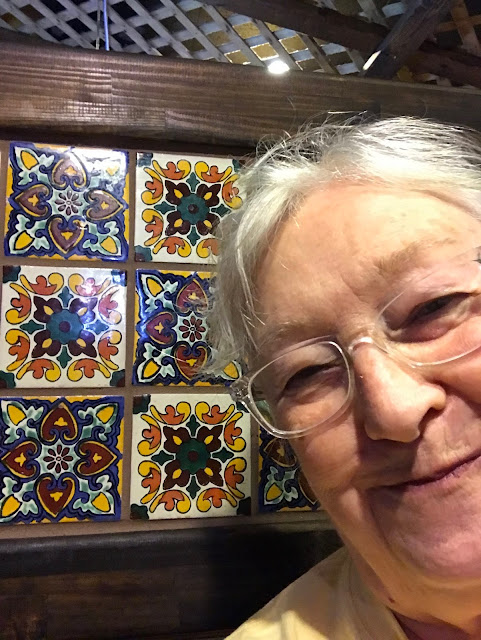 Yep, I look pretty tired, but I'd just walked a half mile around Lake Tomahawk, so I earned it! I also earned the Enchiladas Suiza, (not THE lunch special but on the lunch menu.)  Mmm.  And bringing half of the lunch home in a box for later too!  I wanted to show you the ceramic tiles that make the booths more private.  And I'm so glad to have a friend or two who also is available for lunch that's reasonably priced.


Having the wisdom to know that life is but a dream does not mean that we ignore living.
Posted by Barbara Rogers at 3:00 AM